WHAT TO DO IN GREENWICH VILLAGE

Home/Blog, Latest Publications/WHAT TO DO IN GREENWICH VILLAGE

Greenwich Village is a very cool neighborhood, is a wonderful place, its streets clean, organized, with a bohemian atmosphere, modern and colonial architecture, is one of the best neighborhoods in New York.

Greenwich Village is a vibrant neighborhood that was the epicenter of the homosexual liberation movement in the United States. It is in Greenwich where the first protests for the defense of the rights of the LGBTI community began.

This neighborhood also offers visitors a vibrant nightlife, in Greenwich you can find a variety of bars. The campus of New York University (NYU) is in Greenwich, making the neighborhood a truly incredible place, full of young people. Sometimes you may feel like it’s a busy area but then you’ll forget it as you’ll be easily distracted by entering one of the coffee shops that are there. 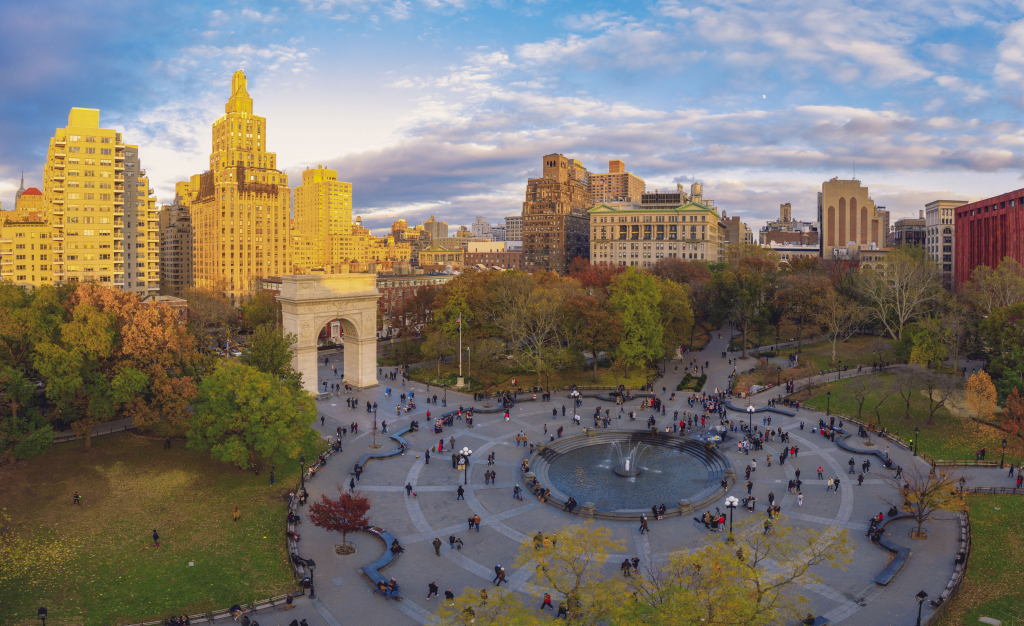 Washington Square commemorate the 100th anniversary of the election of George Washington as the first president of the United States. Undoubtedly the best place to start your visit to Greenwich Village is Washington Square, the heart of New York’s most bohemian neighborhood.

One last piece of information from Washington Square, the arch and fountain that are in the square is one of the locations that appeared most in the famous Friends series. You remember that?

Many years ago, Washington Mews was a series of stables that were transformed into one of the most beautiful houses in New York. A truly spectacular street, a beautiful place to take photos, Washington Mews preserves its colonial style that is worth visiting, so if you’re in The Village, take a stroll through Washington Mews.

Well if you continue to tour Greenwich Village then we recommend you visit Hudson River Park, the second largest park in New York City. This park is absolutely beautiful, it is on the banks of the Hudson River, a place where you will be able to see the skyline of New York in a unique way. 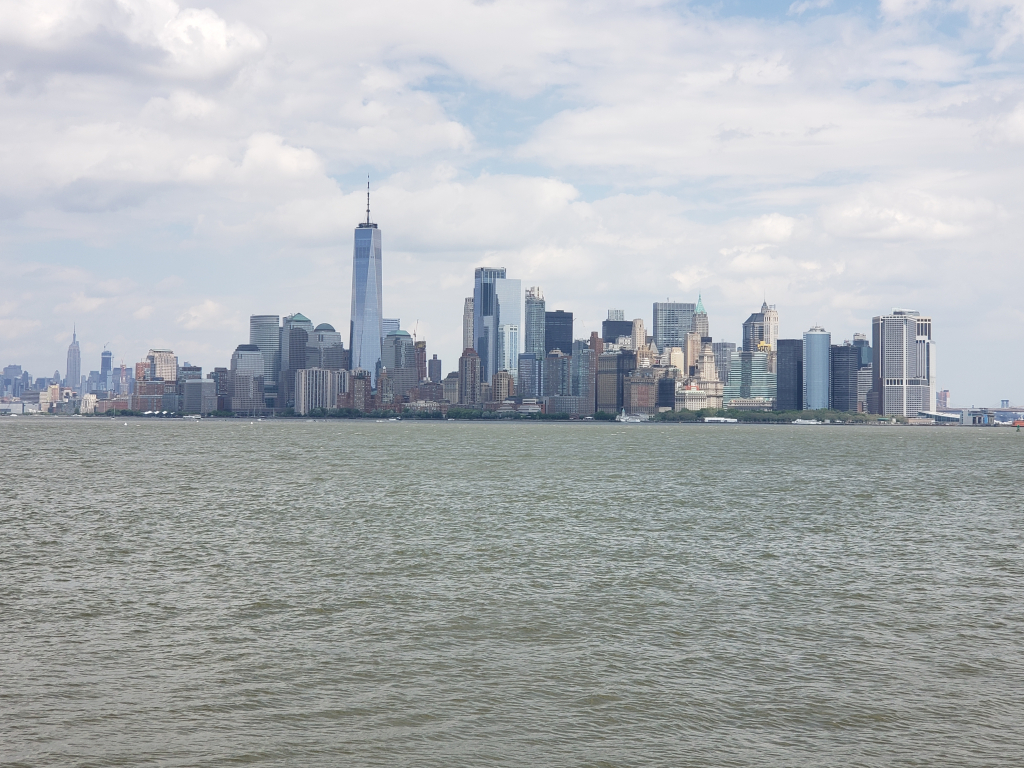 Apartment of the series Friends

The building where the house of the popular Friends series is located is on the corner of Bedford Street and Grove Street, this is one of the most visited places in New York and is that virtually everyone wants to know where the most famous group of friends lived around the world. 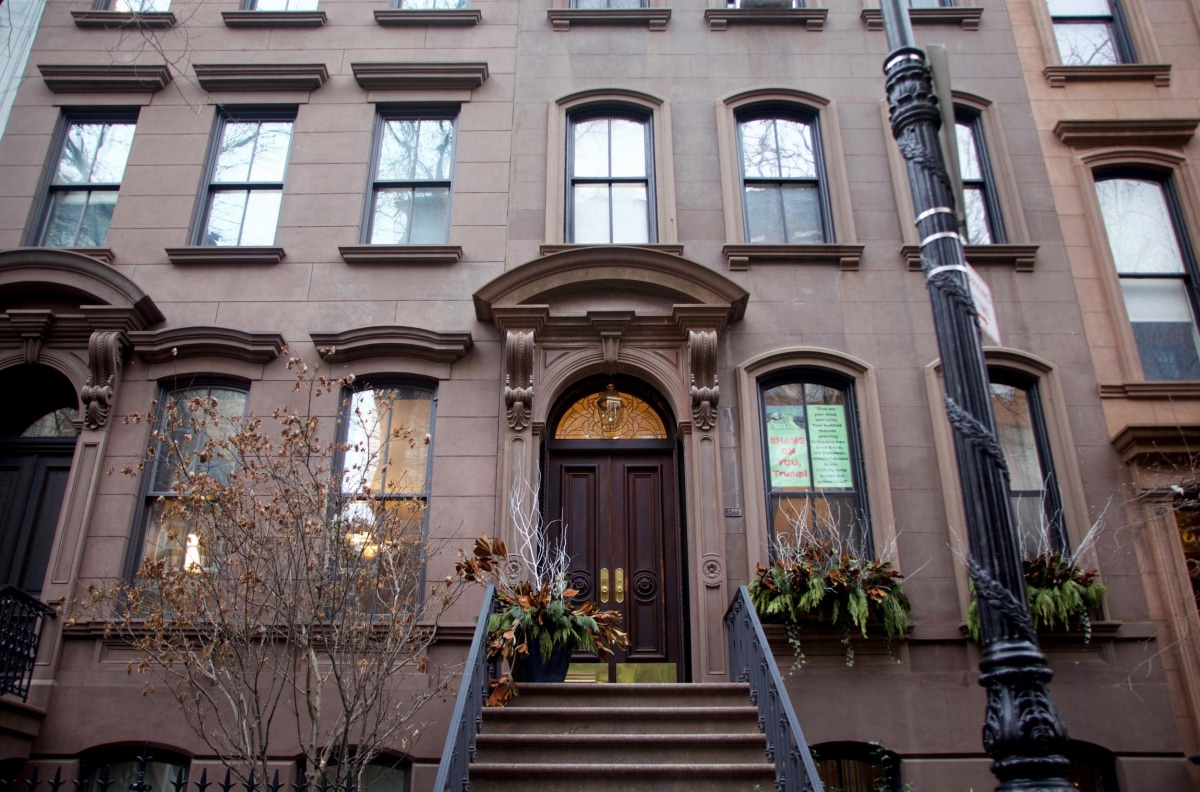 If you are looking for beautiful places in New York to take amazing pictures then go straight to Grave Court, a beautiful place where you will find a charming garden, a garden that will captivate you from the first moment. Although it’s a small garden compared to other New York gardens, Grave Court is an incredible place, full of color, of life, where nature merges perfectly with the houses in the garden. 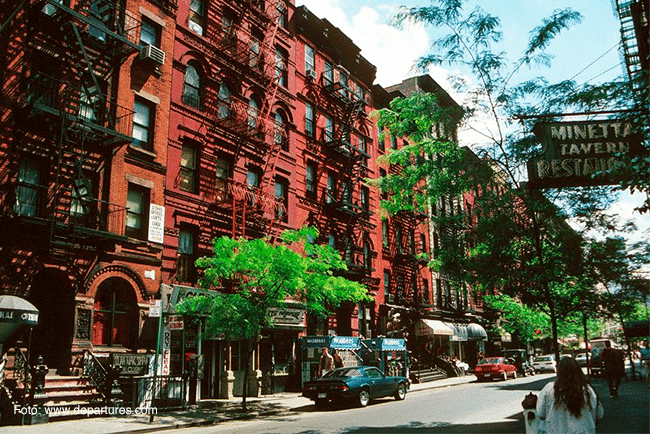 The Cage, located at the corner of Sixth Avenue and W 4th Street, is one of the most representative places in New York City. In this place is very famous, are some basketball courts surrounded by fences, that’s why it’s known as The Cage and it’s there where many people gather to play basketball, an incredible place where you can see very exciting games.