One of the best tourists plans of New York is to go to visit and cross the bridges of the Big Apple, here below we tell you how to do it and to which places each one of the most famous bridges of New York takes you.

The Queensboro Bridge is one of the most famous bridges in New York, it is also one of the oldest in the city and its official name is Ed Koch Queensboro. This gigantic bridge connects Manhattan’s Upper East Side with Long Island. 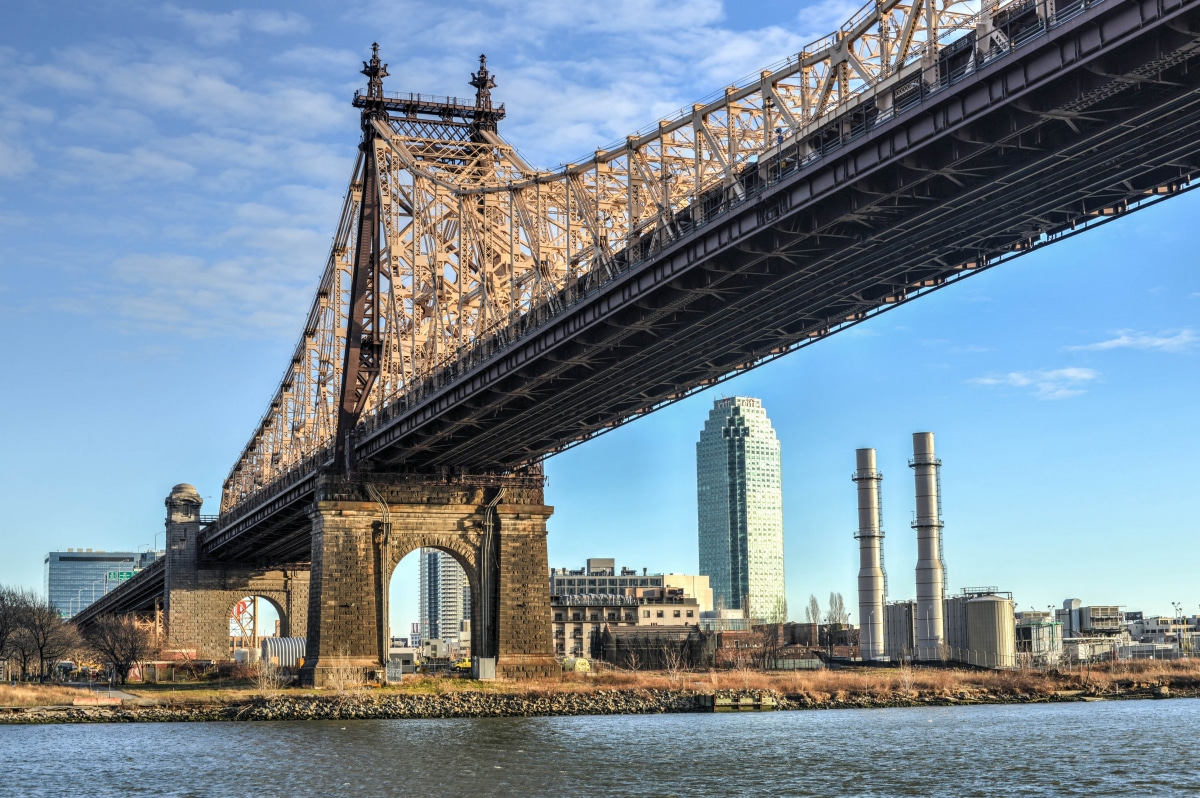 Queensboro Bridge is one of the most cinematographic bridges in New York City, well known for appearing in the film Spiderman (2002). There are several ways to cross the bridge, either by car, bicycle or pedestrian sidewalk.

From the Queensboro Bridge you will have a wonderful view of the skyline of Midtown Manhattan, on the other hand, this bridge is also very famous for having a cable car that connects New York with Roosevelt Island.

Perhaps this is the most famous bridge in New York and undoubtedly the most touristic of all, thousands of people visit it cross daily and it is a place not to be missed in the Big Apple. The Brooklyn Bridge is one of the oldest suspension bridges in the world, its construction was completed in 1883, when Brooklyn was an independent city of New York.

This bridge is considered one of the most spectacular architectural works of the nineteenth century, in fact, at first people believed that the bridge would not stand for being so extensive then to prove it was safe they passed a herd of 21 elephants across the Brooklyn Bridge.

The Brooklyn Bridge has also appeared in movies, two very famous are, The Avengers and Batman: The Knight of the Night. There are several ways to cross the bridge, it can be walking or cycling, but no matter which one you choose don’t forget to take lots of pictures, because New York from the Brooklyn Bridge is really spectacular.

This bridge also has a great view of Manhattan, also from the bridge in the distance you can see the Statue of Liberty. Thousands of people walk daily on this bridge, one of the favorites of tourists to go to take pictures of New York.  The Manhattan Bridge, in addition to having a bicycle and pedestrian lane, also has subway lines, so noise is something that will always be present on this bridge.

This bridge is one of the architectural emblems of New York, is a suspension bridge with a length of 1,450 meters, crosses the Hudson River and connects Manhattan with New Jersey. This spectacular bridge begins in the Washington Heights neighborhood of Upper Manhattan and ends in the Fort Lee neighborhood of New Jersey. The bridge is so impressive that it has 14 lanes, in addition it has an exclusive lane for bicycles and one for pedestrians, from the pedestrian lane you will be able to admire the beauty of the Hudson River, Manhattan and New Jersey.

The George Washington Bridge is one of the busiest bridges in New York since many people from New Jersey work in Manhattan, so they cross this bridge every day to get to work. The bridge at night is completely illuminated, so visiting it at the end of the day is something exceptional, it looks much more beautiful, you will love it. Although it’s not as popular as other New York bridges, there’s no doubt that it’s one of the most amazing bridges in the Big Apple.

A spectacular bridge from where you look at it, has a unique beauty that captivates you also has a very interesting history. The Verrazano-Narrows was built in 1964, in its beginnings it was a suspension bridge of only one floor, but this was not enough for the quantity of people who transited it, five years later they built the second floor of the bridge. 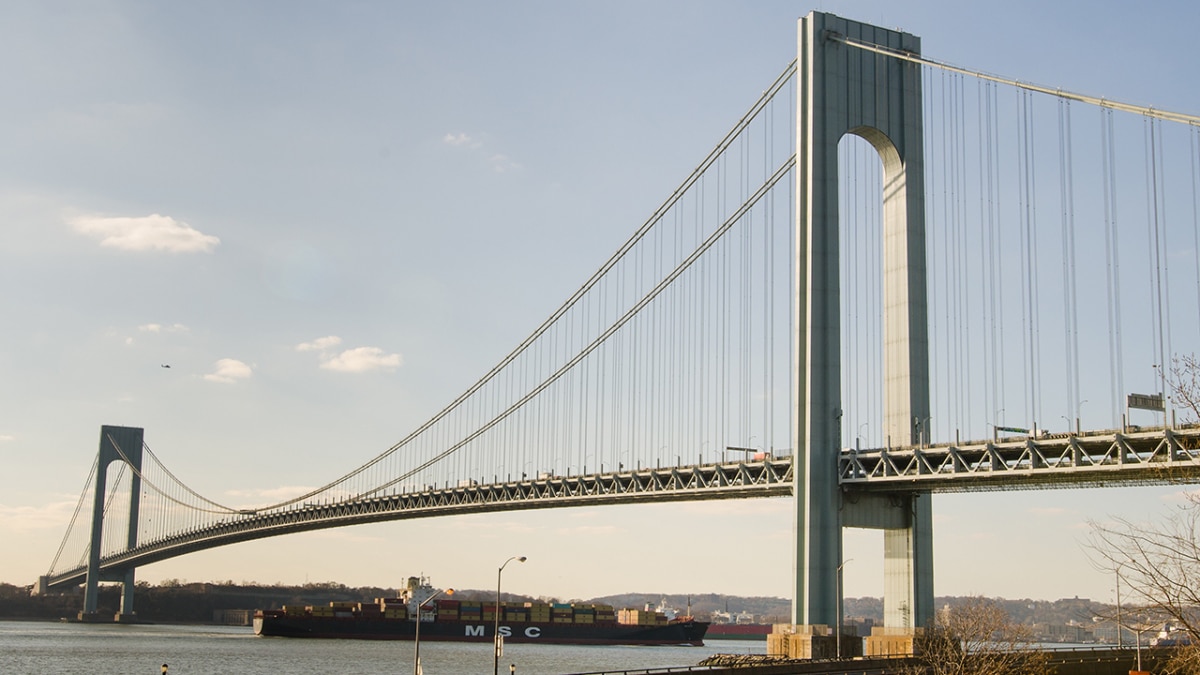 Its name is in honor of who is considered the first European to sail the Hudson River and New York Bay, the full name is Giovanni da Verrazano. This bridge has dozens of curiosities, one of which is that it is the longest bridge in the United States, and another is that it is the starting point for the New York Marathon every year.

Unfortunately, the Verrazano-Narrows bridge has no bicycle lane and no pedestrian lane, so if you want to enjoy its beautiful views you will have to cross the bridge by car or bus.

Visiting one of New York’s bridges is always a tourist plan not to be missed, as each of them offers spectacular views of the Big Apple, as well as each of them are majestic works of architecture worth visiting.