So, we invite you to embark on this trip with us, visit the Jewish Quarter of New York and be amazed at what you can see in one of the areas with a wonderful and impressive culture.

A little bit of history…

Orthodox Jews came to New York after World War II, chose the Brooklyn district as their new home, there the Jewish community began to settle in Williamsburg in order to continue with their lives after the terror they lived in Europe. 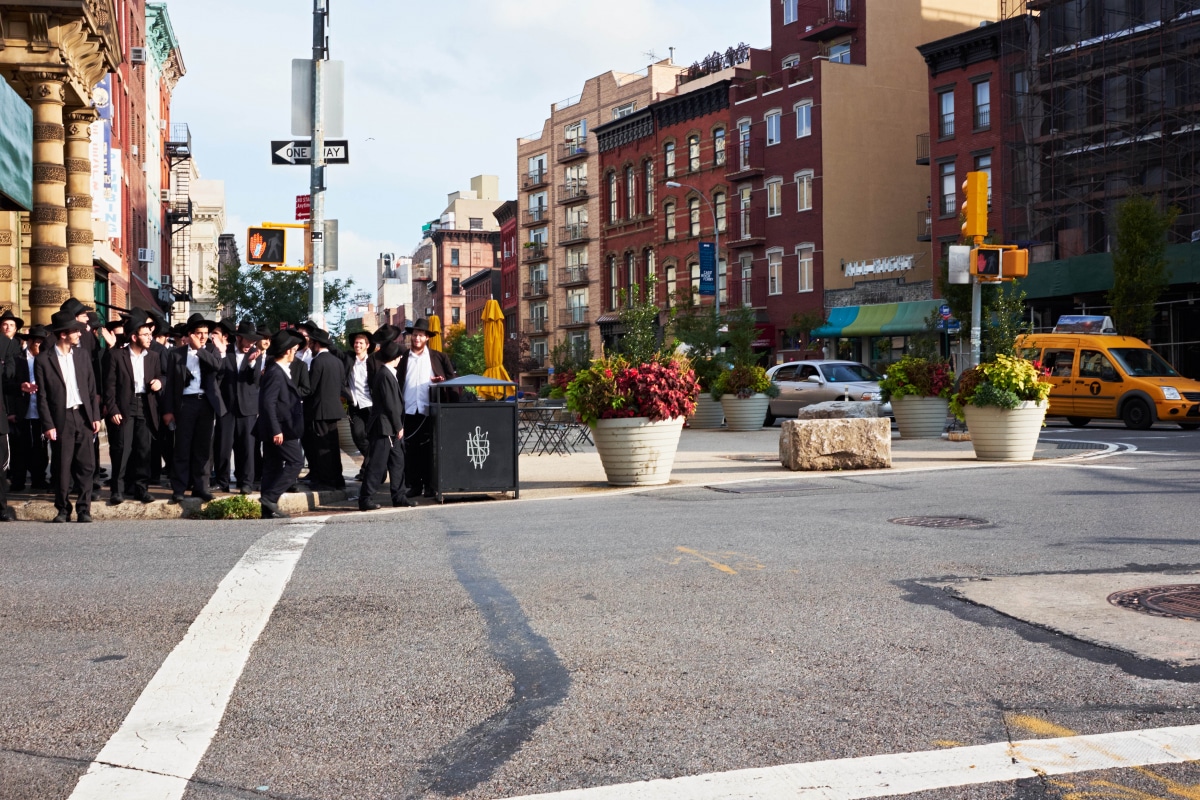 Little by little the Jews came to Williamsburg with their customs, culture and traditions, now it is one of the most influential communities of New York, you will see simple shops, the facades of the houses painted all the same color, people walking through the streets in moderate attire, in reality the Jewish community is a world different from what is normally seen in New York..

And now that we know a little more about the history of the neighborhood, let’s talk a little about its traditions and its unmistakable way of dressing…

Read: Things to do in Williamsburg

How the Jewish woman dresses

Regardless of the time of year, Jewish women wear long fabric skirts, wide jackets, only when they are girls can they wear slightly lighter shades. Normally they dress in black, there is no exception, it is also common to see women wearing wigs, because when they get married, they decide to cut all their hair because wearing long hair is synonymous with sensuality within the Orthodox Jewish community.

Normally they walk along the streets with their children, on Saturdays, Sabbath day you will not see them in the street, that day they are in their homes waiting for their husbands to return from the Synagogue after reading the Torah.

-The wigs that Jewish women wear are called Sheitel-

How the Jewish Man Dressed 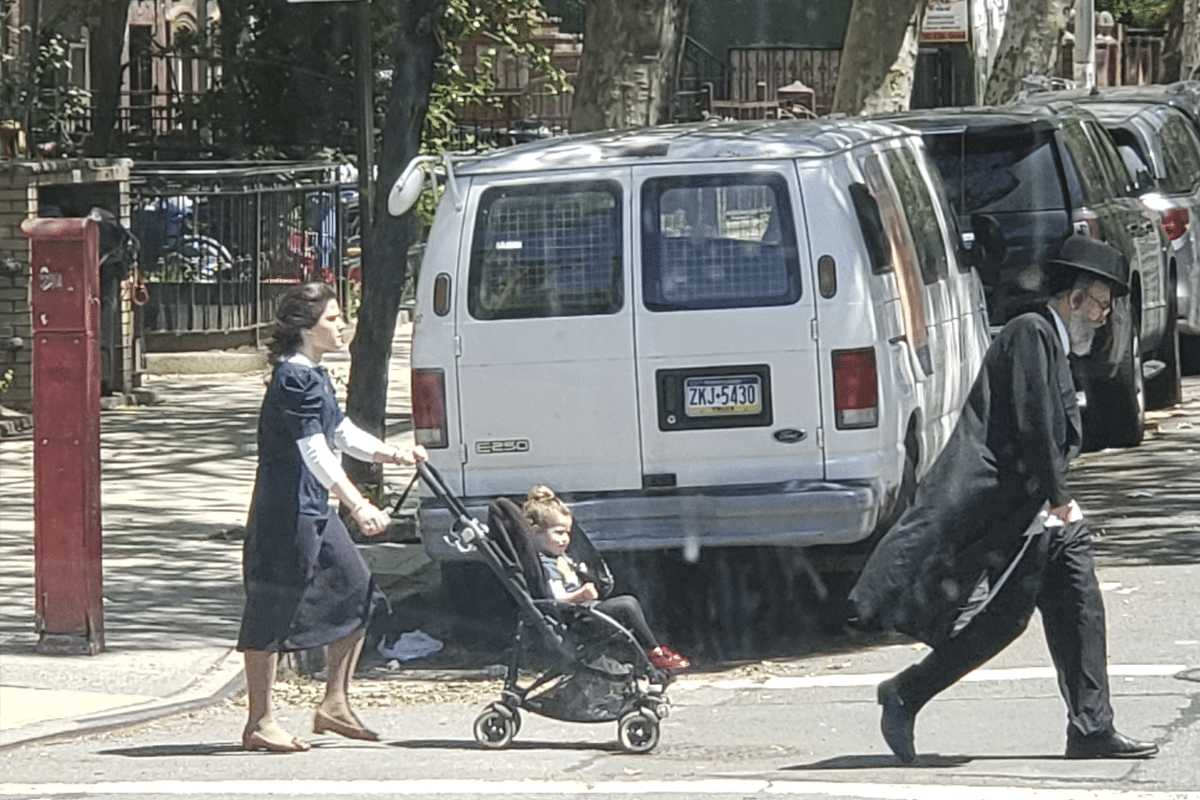 One of the things that orthodox Jews in the world are known for is having long beards, unlike women, the Jewish man is forbidden to cut his hair or beard completely, in addition, it is usual to see how they let their hair grow on the sides.

For centuries the dress of the orthodox Jewish woman and man has changed very little, austerity always prevails as a sign that they lead a sober, quiet life, that is governed by Jewish laws and that seeks the best for its people, so you will see very few Jews in Williamsburg wearing colorful clothes.

What a day to go to New York’s Jewish Neighborhood

We advise you to go during the week, from Sunday to Thursday, as these are the days when you can see the shops open, enter a store, in short, immerse yourself a little in the day of the Jewish community in New York. You’ll see school buses, girls and women on the streets, men walking to work, during the week you’ll see what normally happens on a day in Williamsburg. 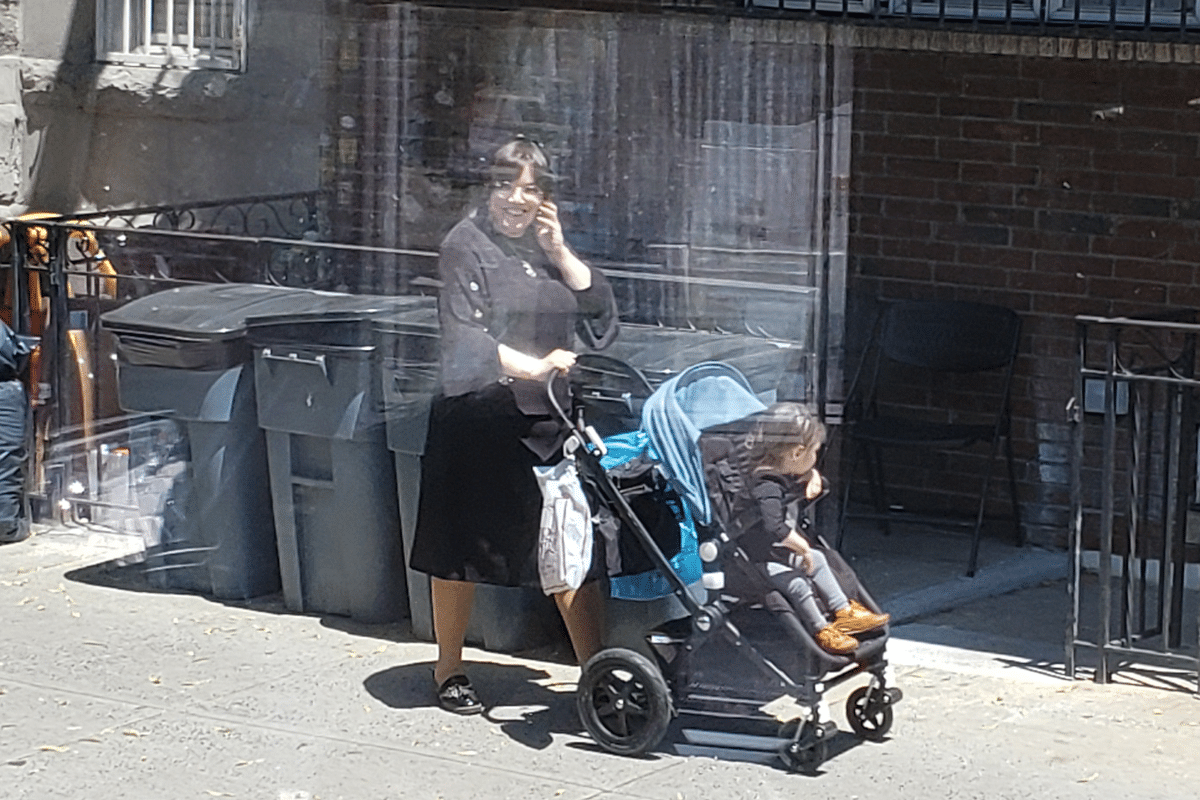 On Saturdays, the Sabbath day, absolutely everything is closed, you won’t find a shop, local, open restaurant, this day is very important for Orthodox Jews, that day they rest, they don’t do anything, men go to the synagogues to read the Torah and meditate, women and children wait in the house for dinner and family sharing.

Well, on the Sabbath you will see Jewish men walking in elegant clothes to the synagogues, but that’s all you’ll see that day, because practically Saturday in Jewish tradition is made for rest.

How to get to the Jewish Neighborhood of Williamsburg

The main street of the neighborhood is Lee Avenue and the meters that leave you closer to the avenue are Hewes St. (J, M), Broadway (G) and Marcy Av (J, M, Z). People usually visit the Jewish Quarter by car or by hiring a tour. Contrary to what everyone thinks, the neighborhood is a quiet place, nothing insecure, it is a place where families live with their children.

A recommendation before visiting the Jewish quarter of New York is to be respectful, especially when taking pictures, it is best to be discreet so that the community does not treat you like a stranger.