WHAT TO DO ON HALLOWEEN IN NEW YORK

Home/Blog/WHAT TO DO ON HALLOWEEN IN NEW YORK

Although Halloween is celebrated on October 31st, New York doesn’t have one day to enjoy it. That’s why, in the days leading up to Halloween, the Big Apple transforms into a terrifying place where you can have a great time.

So, if you want to enjoy Halloween in New York, here are some ideas for celebrating Halloween in the Big Apple.

Celebrating Halloween in New York is one of the best you can do in your life, October 31st in the Big Apple is a great party that is celebrated with the stunning Halloween Village Parade, the largest Halloween parade in the world and without a doubt the most popular in New York City.

This Halloween parade is really great, more than 60,000 people parade along Sixth Avenue in creative and extravagant costumes, you’ll see all kinds of characters and monsters you can imagine, you’ll also see floats adorned with puppets, pumpkins, bones, skulls … everything to spend a super scary night in New York. 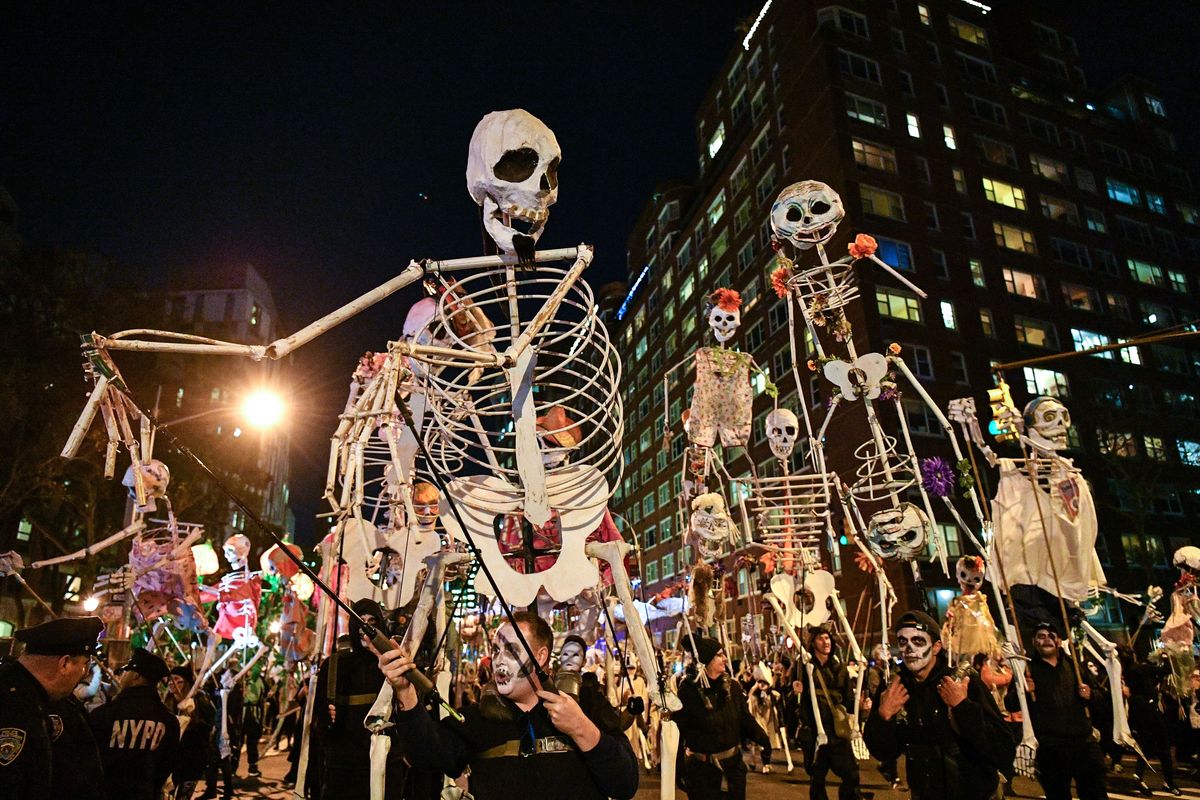 If you want to participate in the Village Halloween Parade just go in disguise and join the crowd marching down Sixth Avenue. This incredible party, of course, takes place on October 31st, starts at 7pm and runs from Spring Street to 16 Street. Recommendation, if you want to see the parade, we advise you to arrive early to find a good place. In the Village Halloween Parade, you are going to have a great time, there is no other parade in the world that can match this great party of October 31 in New York.

Read: What to do in Greenwhich Village

Where to See The Best Halloween Decorations In New York

If you wonder where to see Halloween decorations in New York the answer is everywhere, you’ll see the stores decorated, the houses are completely “disguised” they are decorated with pumpkins, scarecrows, cobwebs, skeletons, vampires, witches, and so on.

Although some New York neighborhoods tend to decorate their streets better, in Manhattan there are two iconic neighborhoods that you can’t miss if you’re on Halloween in New York, those neighborhoods are Upper West Side and West Village. Brooklyn is another district you should visit during Halloween, they take Halloween very seriously there, and in Brooklyn you’ll find hundreds of stores to buy or rent costumes in New York.

Halloween decorations are a whole world!  You’ll see them in all the stores, but the most fun thing is to walk through the residential neighborhoods to see how the neighbors decorate their houses with skeletons, scarecrows, cobwebs …

Around Rockefeller Center you will also can enjoy Halloween in New York, where the streets are decorated in a very creative way.

Below we share three Halloween stores in New York that you’ll love:

Halloween Adventure: For many, this is the best Halloween store in New York, it is a two-story store where you will find all kinds of things related to Halloween, you can find costumes, accessories, skeletons for decoration, masks, and so on.

Village Party Store: Another great store, you can’t miss it. It is in the famous West Village, near Washington Square. Here you’ll find hundreds of great things related to Halloween, and if you want to have a Halloween party, we recommend you visit the Village Party Store.

Ricky’s: This is another spectacular store to visit, Halloween in New York is incredible and this store knows it, that’s why in October the store is decorated completely, plus in its corridors you will find an infinity of incredible things to have a great time on Halloween. Ricky’s has two stores in Manhattan, both are very popular and in October you will usually see people buying costumes and accessories to celebrate Halloween in New York.

The best thing about the “Haunted Houses” in New York are the experiences they offer to the brave who decide to enter, everything seems real inside a “Haunted Houses“, they are places where you will feel panic, the makeup and costumes of the actors will give you a lot of fear, also the houses are decorated so that you are always waiting for something to happen at any time, when you least expect some monster will be chasing you.

Although not everything is panic, there are also “Haunted Houses” for children or for those who cannot endure so much terror. Below we share some of the best Haunted Houses in New York: 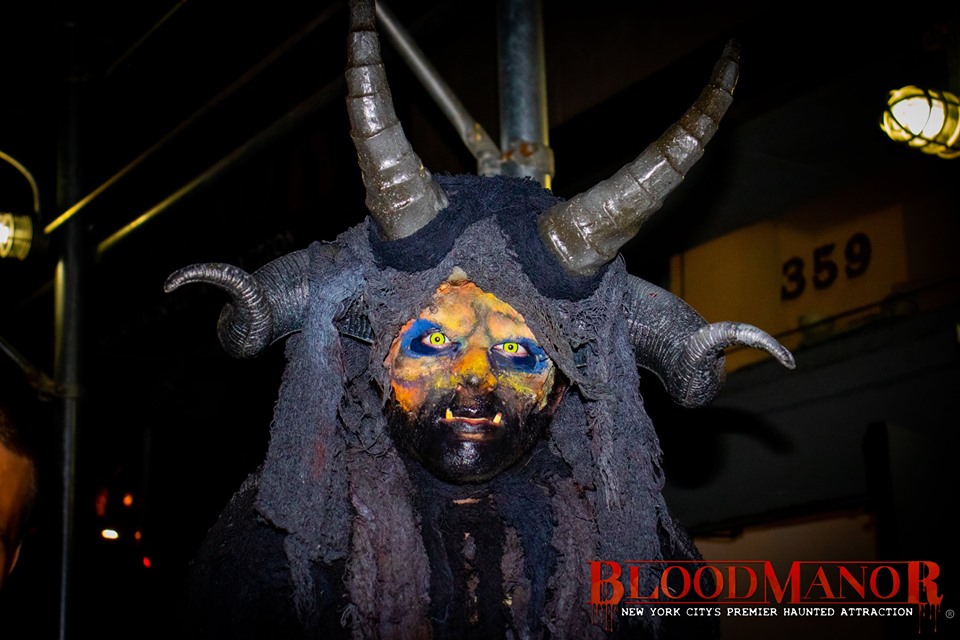 Blood Manor: You want to live a creepy adventure in New York? This is one of the most terrifying houses you’ll find on Halloween in New York, everything, absolutely everything from this place will scare you. A “Haunted House” recommended only for those people who can withstand very high levels of fear.

Chamber of Horrors NYC:  Another creepy Haunted House is considered the Number 1 terror house in New York, so it’s worth a visit. If you want to enter Chamber of Horrors, you must buy your ticket in advance.

Pure Terror Screampark: This is the biggest house of terror in New York, a super scary place where you can have 9 different attractions. This place is considered one of the most terrifying attractions in the world. The costumes in this house were created by Hollywood designers, plus the special effects in Pure Terror will make your hair stand on end.