Just 4 hours between Boston and New York, a trip you can make if you’re visiting the Big Apple. Boston is one of the most incredible cities you can find in the United States, this city has hundreds of beautiful places that you can visit on a 1-day tour to Boston.

In this blog, we want to tell you why it’s worth visiting Boston, one of the cities with the most history, dozens of representative places and beautiful landscapes… Join this great adventure!

Why visit Boston from New York?

The charm of this city is irresistible, besides being the cradle of the American Revolution, its mixture between European and American cities make it an enchanting metropolis, see how the modern and the ancient contrast is something you cannot miss. Besides, taking a 1-day tour of Boston allows you to follow in the footsteps of the Founding Fathers, enjoy the university atmosphere, take spectacular photos and escape for 1 day from New York. 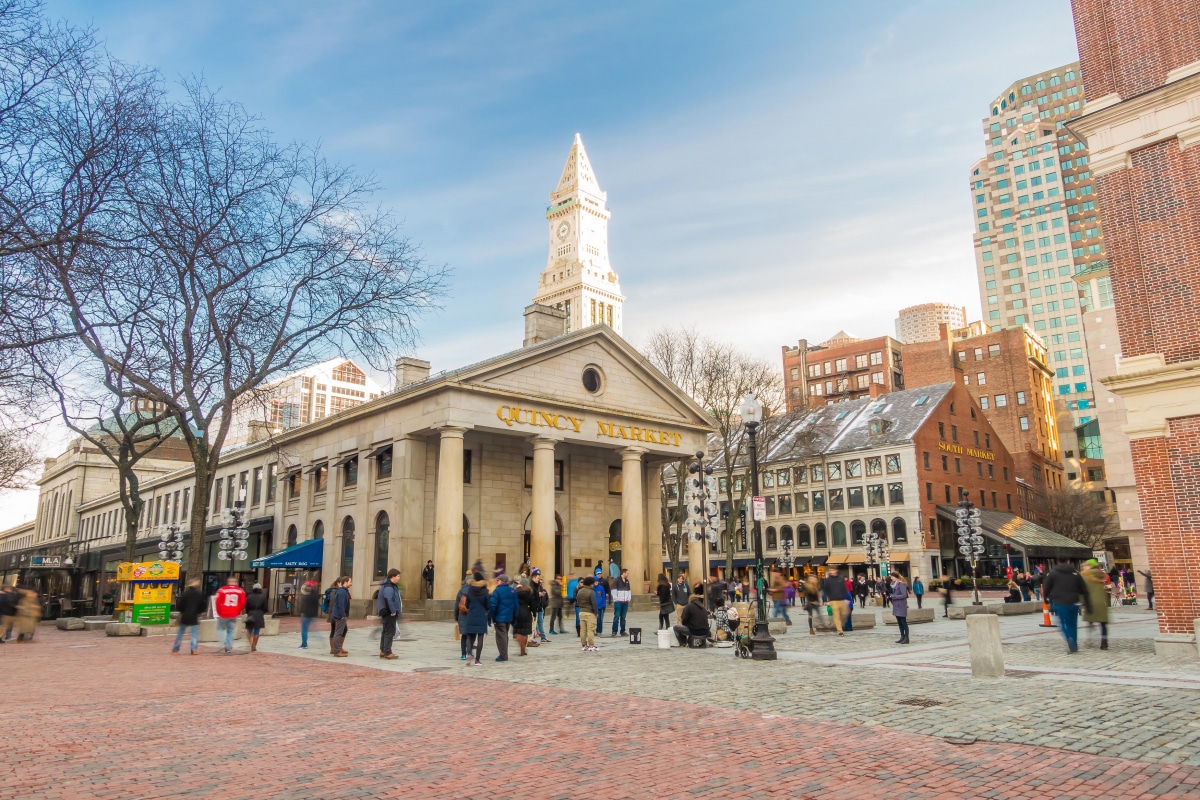 The day starts early in Manhattan, there we meet with the group and the guide with whom we are going to do the tour, we get in the vehicle and little by little we say goodbye to New York. This trip by car along the East Coast will allow you to see beautiful landscapes that you did not expect to find.

Once we arrive in Boston the tour begins and the first thing, we will do is visit Faneuil Hall Marketplace and Quincy Market.

After visiting Quincy Market, the tour goes to the Old State House, this is quite an important place, this is where the Declaration of Independence was read in 1776, an impressive place that you will love. Back on the road, we’ll head to the Boston Massacre Site and Old South Meeting House, where the famous historical event known as the Boston Tea Party began, a fact that was one of the triggers for initiating the revolution.

The tour continues and it is time to visit the area known as Copley Square, this area of the city is amazing, there you will see the architectural contrast of Boston and you will understand why many people say that this city is beautiful.

In Copley Square, you will have the opportunity to see The Church of the Trinity, one of the 10 most important buildings in the United States. Something we love about this church is its colorful stained-glass windows, they are a work of art. 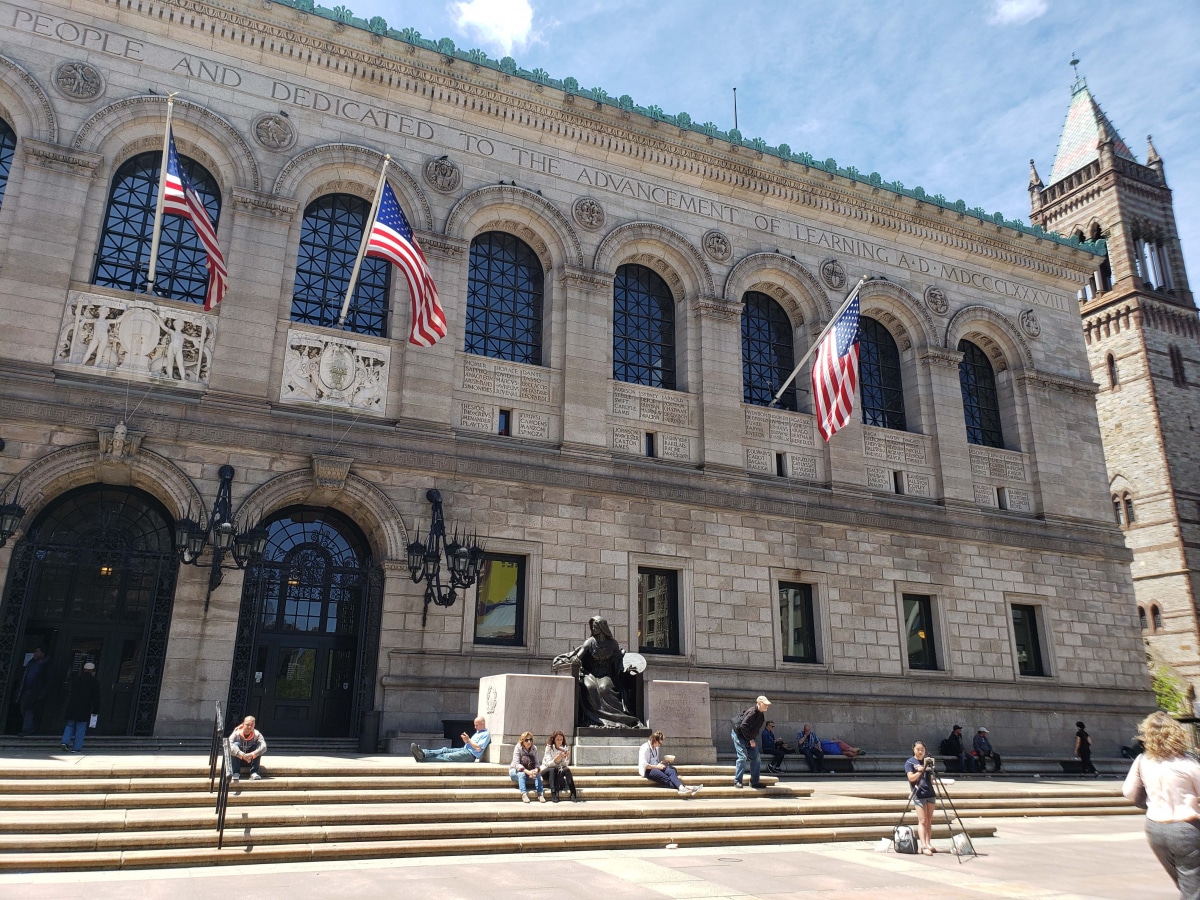 After the visit to the Hancock Tower, we will pass by the Boston Library and Newbury, a very famous shopping area in the city, where you will find many famous brand shops and European-style restaurants.

On this tour to Boston, you will also have the opportunity to pass by the Church of Christ the Scientist, a temple that has an impressive 13 thousand pipe organ, this is something truly impressive. Now, we can’t forget one of the most mythical places in Boston, the Fenway Park, home of the Red Sox, the famous rival of the New York Yankees.

After passing through Fenway Park, it’s time to pass through the colonial North End neighborhood, a neighborhood with narrow streets and some of the city’s oldest buildings, as well as a very important historical and cultural heritage of the city. Here you will take some of the best photos of Boston!

As you know, Boston is famous for being home to the Massachusetts Institute of Technology better known as MIT and Harvard University, so it’s time to visit these two places. Crossing the Charles River, we will reach our destination, a place where you can enjoy the university atmosphere and see how students are an essential part of life in the city.

Once at Harvard University you will be able to see its impressive campus, which is famous in the world for having the largest university library in the United States and for being the place where the famous Statue of John Harvard is located.

After having visited the most spectacular places in Boston it is time to return to New York.

Other tours from New York

Boston is not the only city you can visit from New York, there are more excursions, some of them are the Tour to Washington DC or the Tour to Philadelphia, two wonderful excursions and we recommend you take.