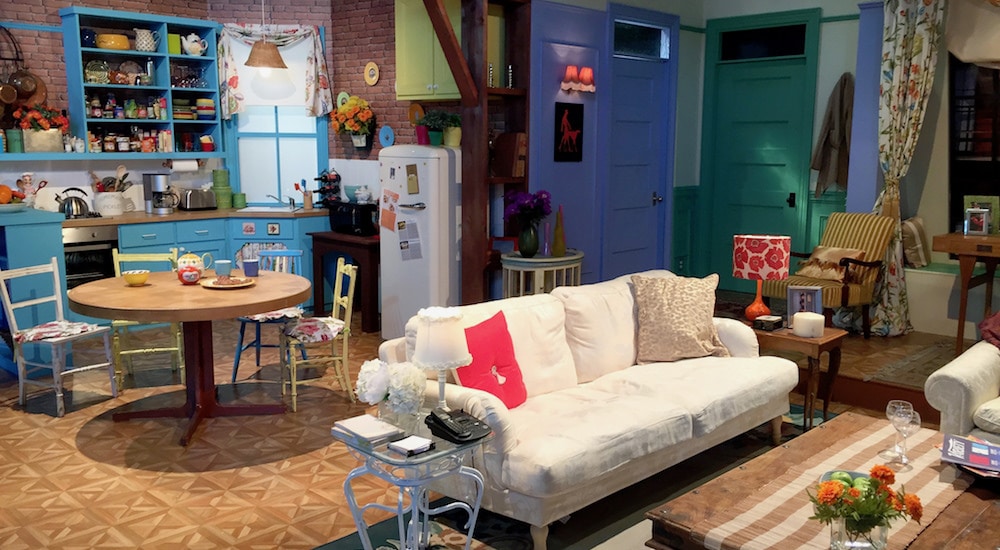 If you want to continue visiting Phoebe’s apartment you can go to Morton St with Bleecker St. There you will see the place where one of Friends’ most beloved characters lived.

One of the New York Friends scenarios you can visit is the famous Bloomingdale’s Big Apple’s giant warehouse and place where Rachel worked as a fashion assistant after leaving behind the famous Central Perk.

This Big Apple store can be found at 59th Street 3rd Avenue. One of the most important memories of the Friends series occurs in Bloomingdale’s, it is in this store where Rachel meets Joshua.

You can take advantage of your visit to Bloomingdale’s to shop in one of New York’s luxury stores, an experience you must live in the Big Apple.

The Fountain of Friends 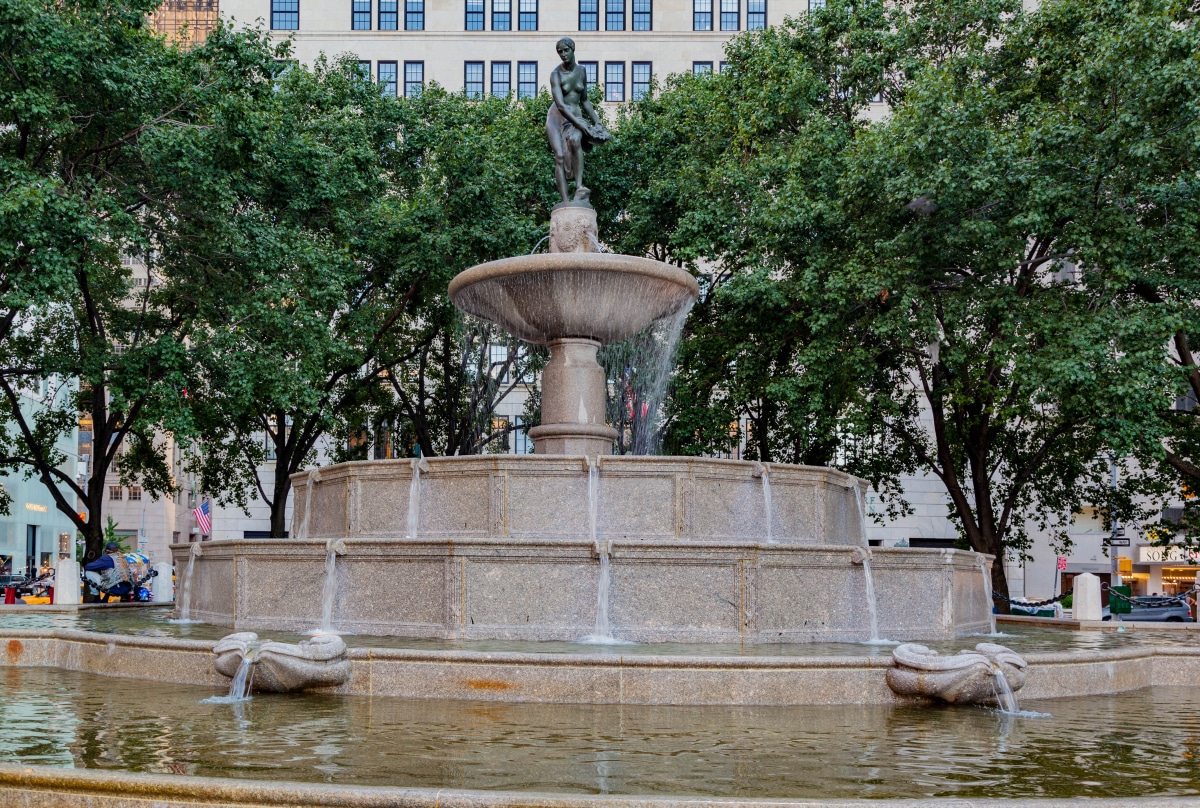 The Friends fountain is another of the emblems of the series, where the protagonists sing and dance while the song “I’ll be there for you” plays. This Friends location doesn’t really exist in New York, this is a big disappointment that many Friends fans have to face, but, coincidentally, there are many theories that say that the creators of the series were inspired by the Bethesda Fountain in Central Park and the Pulitzer Fountain in the Grand Army Plaza, places that you can visit on your tour of New York.

Bloomingdale’s is not the only store in New York that appears in the Friends series, in many episodes of the series also appeared Saks Fifth Avenue, it was there where Joey worked as a model of a perfume for men and where the mythical scene of Joey having a duel with another model dressed as a cowboy occurred.

One of the most spectacular Friends locations in New York you can visit is the Natural History Museum, where Ross Geller worked as a paleontologist throughout the series. This place is sensational, although the museum was never used to film the Friends series, we remember it because through the Ross series he always mentioned that he worked there. 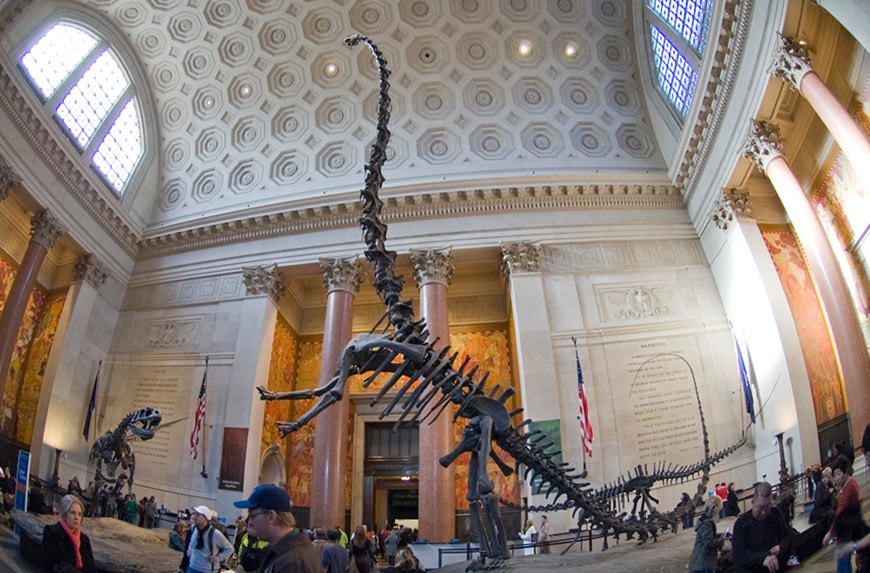 Another of the most spectacular plans you can make is to visit New York’s museums, absolutely all of the Big Apple’s museums are wonderful, but there is no doubt that the New York Natural History Museum is one of the most amazing places you can find in New York.

A fact that no Friends fan will forget is that Ross and Rachel had their first romantic date at the Natural History Museum. The museum is located on 8th Ave and 79th street very close to Central Park on the Upper West Side. A full tour of the museum takes approximately 4 hours.

Washington Square Park is another of the locations where Friends was filmed in New York, this famous Big Apple square appeared several times in the series. It is in Greenwich Village, one of New York’s most vibrant neighborhoods.

Thousands of times the great Arch of Washington and the fountain of Washington Park appeared in between the scenes, and let’s not forget that this square is in the same neighborhood where Rachel and Monica lived. If you are touring New York you should visit this historic place in the Big Apple, where you can enjoy the street artists and the good atmosphere of the square.

Very close to Washington Square Park there are many famous restaurants and bars such as Café Wah.

Although it’s not a Friends stage, the NBC Store is another place worth visiting in New York, since there you can buy something that reminds you of one of the most famous TV series. 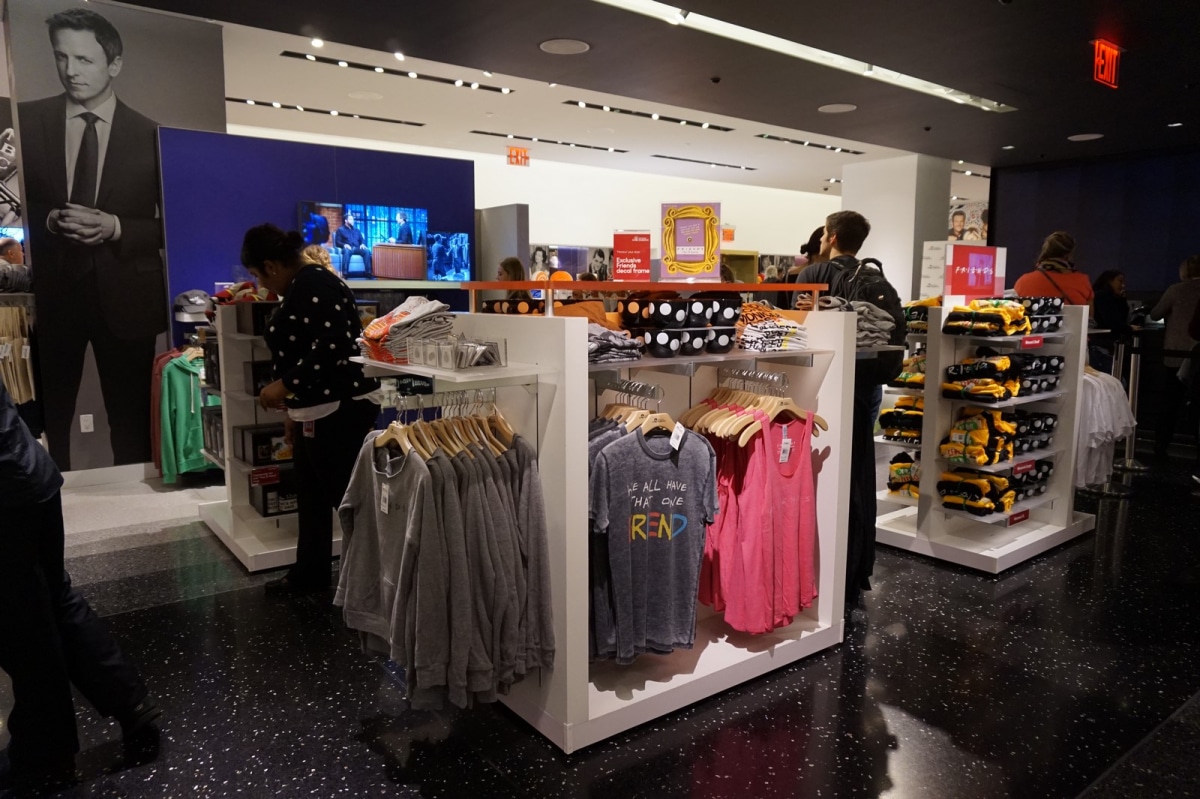 NBC Store is in the Rockefeller Center, in addition to the Friends series in the store you will see cups, t-shirts, handbags and all kinds of accessories from other famous series and talk shows.