SEX AND THE CITY FILM LOCATIONS

New York is a unique city, has a special enchanting that will steal your heart. And that is that New York will always surprise you with surprising things to do and one of them is visiting the places used to film Sex and the City.

That’s right, one of the most extraordinary things that you can do in New York City is visit the locations used in this famous HBO Series. To follow the steps of Carrie Bradshaw, Miranda, Charlotte and, Samantha is a great way to uncover incredible places of New York, corners of the city that are impossible to forget.

So, we have created a list with the most legendary locations of the Sex and the City, get to know the best streets of Manhattan and explore New York City with the next guide.

If you are a real fan of Sex and the City, then you cannot miss Carrie’s house. The place where the main character of Sex and the City lived is situated in 66 Perry Street of Greenwich Village. Once there, you will see the iconic stairs where Carrie paraded many times with her beloved Manolo shoes. 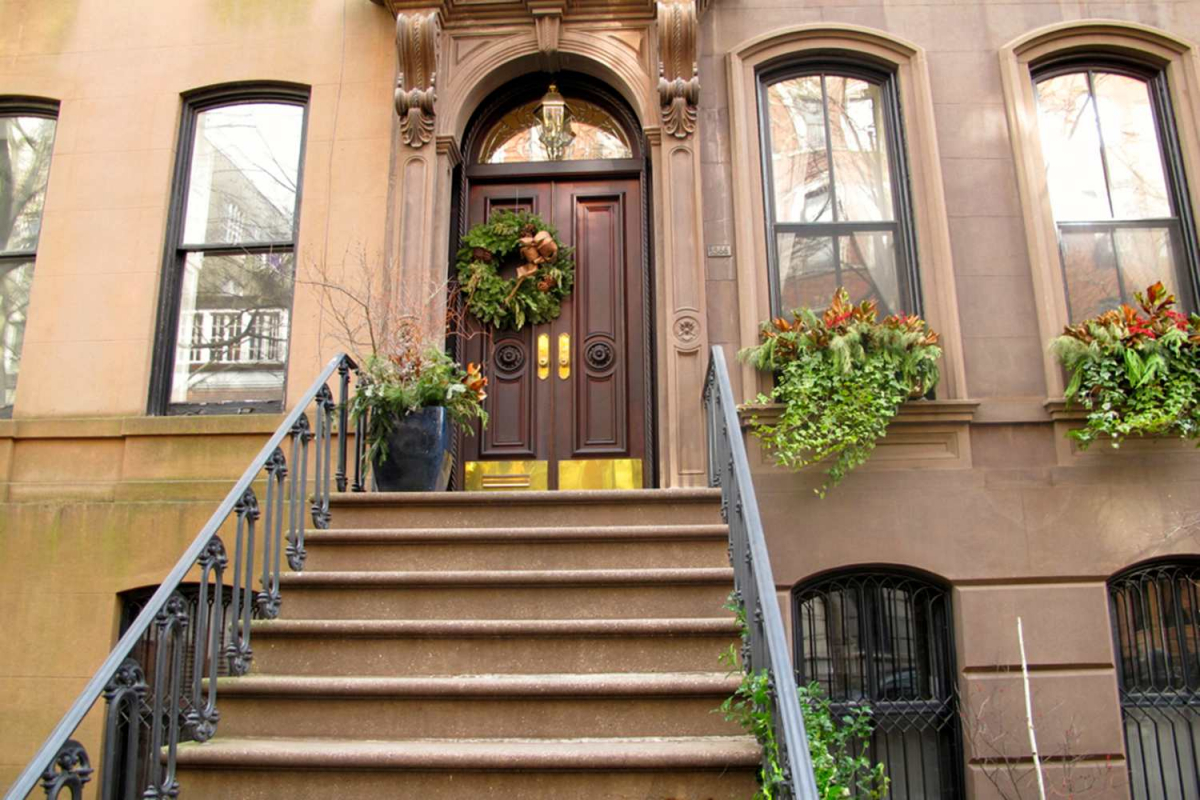 The apartment used for the series is the one on the first floor on the left, dozens of series fan goes there to take photos and for remembering the adventures of Carrie in New York City.

Once in Greenwich Village, take advantage of your visit and go to the famous Magnolia Bakery and stroll for the neighborhood, there you will find various beautiful places to photograph.

The New York Public Library is other of the locations used in Sex and the City.  The library was used for Carrie’s wedding, an epic episode of the series that marked many fans. In this episode, Mr. Big the fiancé of Carrie decided don’t go to the wedding, and she stayed there waiting for him. Undoubtedly one of the saddest moments of Sex and the City. 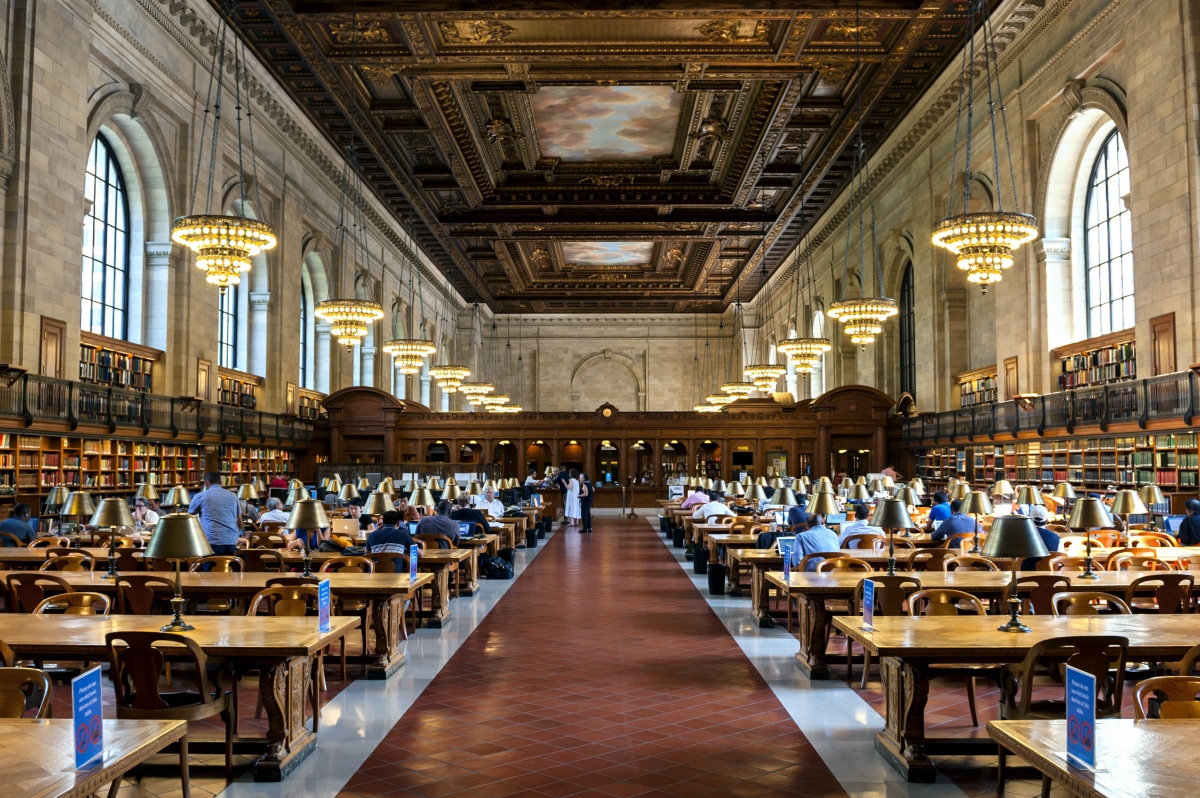 The imponent New York Public Library also was used for film one of the Ghostbusters scenes. This temple of knowledge is a must-visit in your tour to New York, there you will see many art treasures, gorgeous spaces and an impressive catalog of books, and off course, you could visit one of the favorite places of Carrie Bradshaw.

Da Marino Restaurant undoubtedly is other of the places that must be in a Sex and the City film locations list. This incredible restaurant was one of the favorite places of Carrie and her friends. 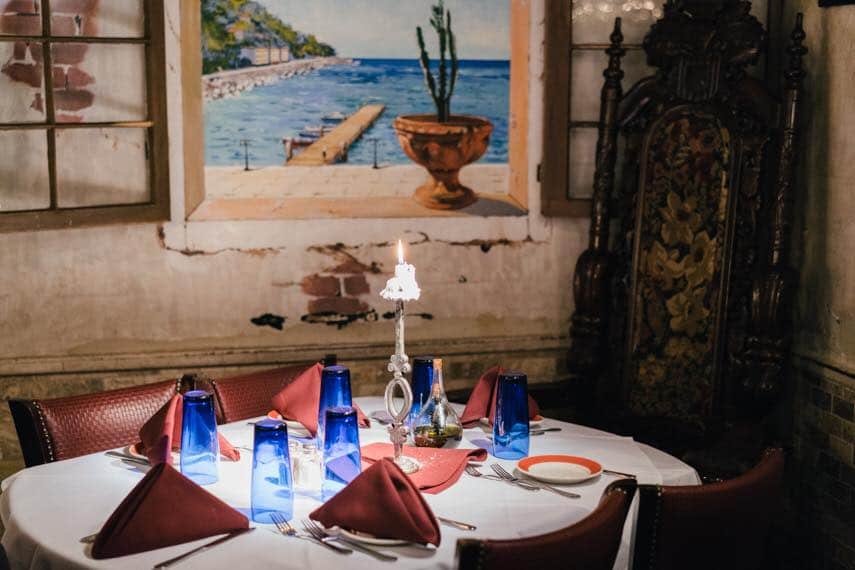 This restaurant at 31 Union Square West and 16th Street, was the place where usually Carrie had lunch with her friends and talked about their dreams and problems. Nowadays the restaurant is visited by many fans of Sex and the City.

Besides to be one of the film locations of Sex and the City, this place is cataloged such as one of the best Italian restaurants in New York. A super recommended restaurant to have a romantic dinner.

Read: The most beautiful streets of New York City

The heart of Manhattan had an important role through the series, was one of the favorites places of Carrie. Central Park witnessed the first date of Carrie with Mr. Big, was the place where the romance between them started. 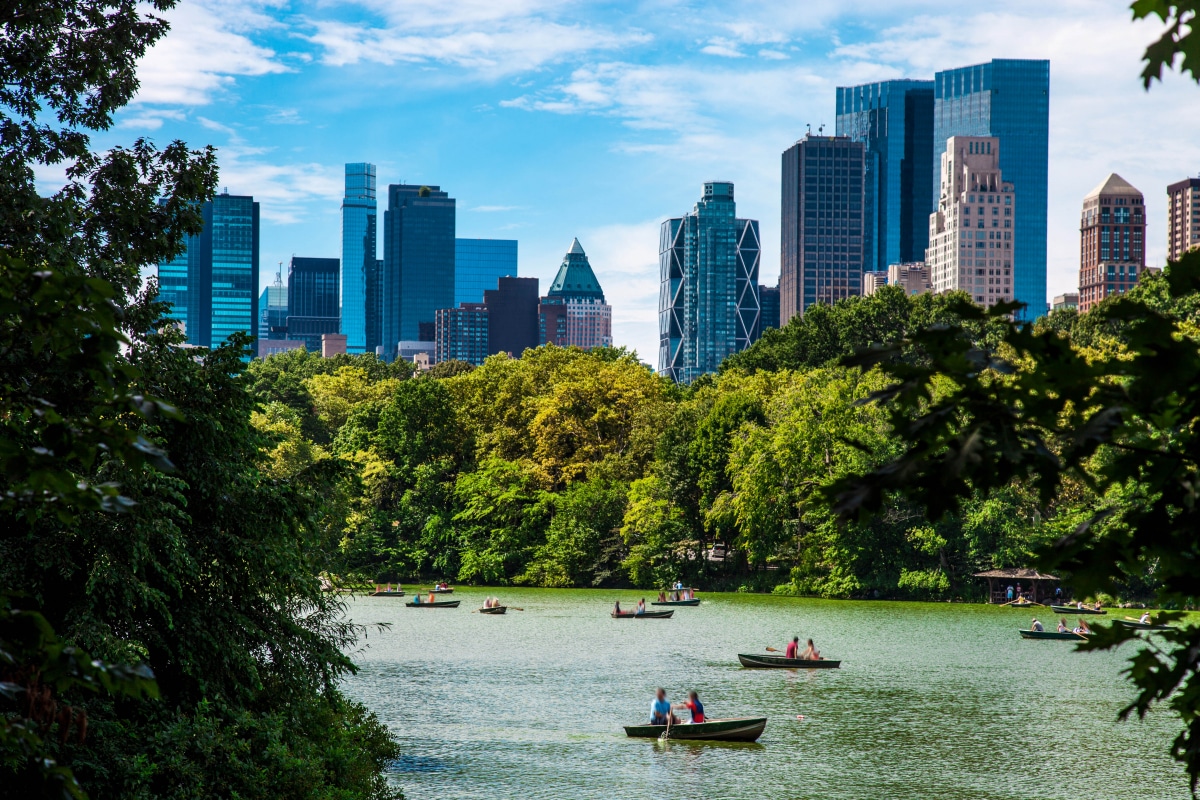 Without hesitation, Central Park has many incredible spots to visit, but if you would like to see where Carrie meets Mr. Big go straight to The Loeb Boathouse. Once there, you will have beautiful sights of Central Park, this place is fantastic to take breathtaking photos of the most famous park in New York City.

Without hesitation, Central Park has many incredible spots to visit, but if you would like to visit the place where Carrie met the first time with Mr. Big go straight to The Loeb Boathouse. Once there, you will have beautiful sights of Central Park, this place is fantastic to take many breathtaking photos of the most famous park in New York City.

Columbus Circle was another place frequently visited by the protagonist of Sex and the City. There, many times Carry sat on some bench to think about her life, usually visited this place when she had a turbulent day. 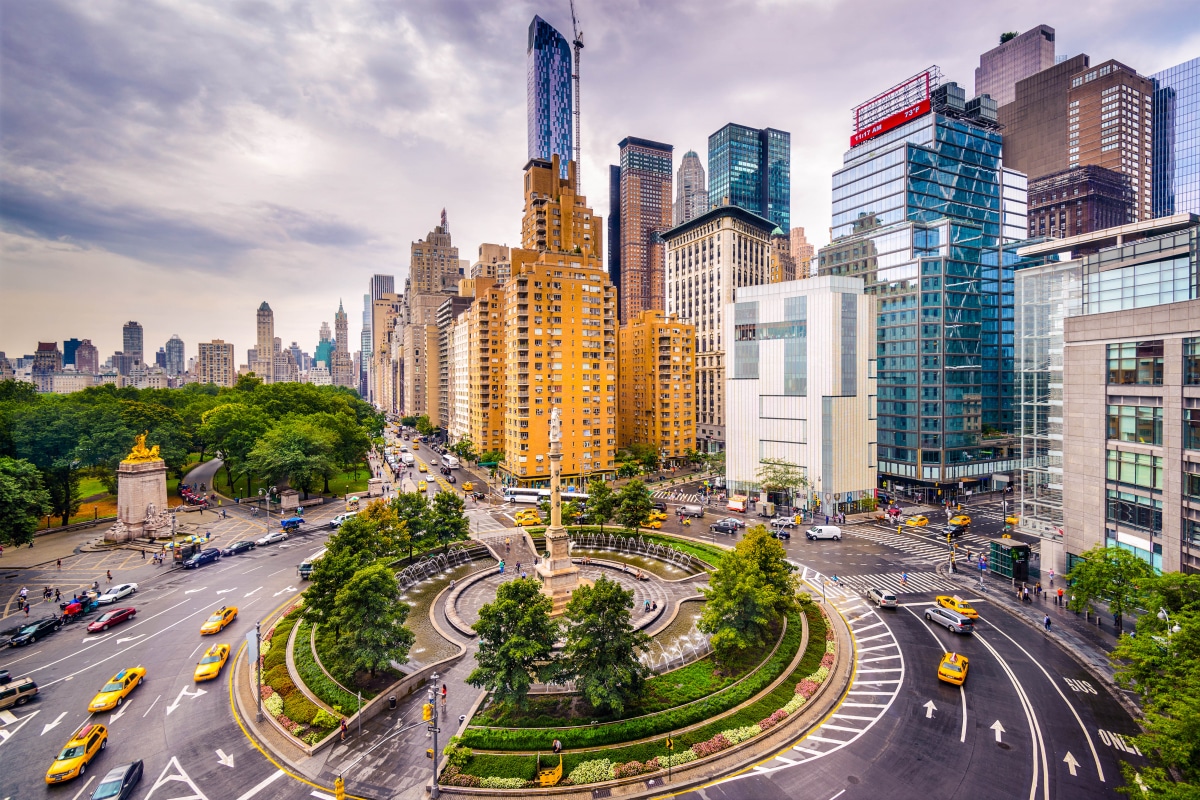 This traffic circle in Manhattan is a super fascinating place, surrounded by several restaurants, hotels, roof-top bars. Near to Columbus Circle is the Lincoln Center, the incredible Museum of Arts and Design Store and one of the most fantastic malls of New York, the well-known The Shops.

Very close to Columbus Circle is located the Riverside Park, a gorgeous place where you will walk along the banks of the Hudson River enjoying nature and the fantastic views of New York City.

One of the most epic episodes of the Sex and the City is when Miranda was desperate because she couldn’t find a place for her wedding. Miranda was looking for an extraordinary place and, after many days exploring the Big Apple, accidentally, discovered an astonishing garden in the middle of New York City. 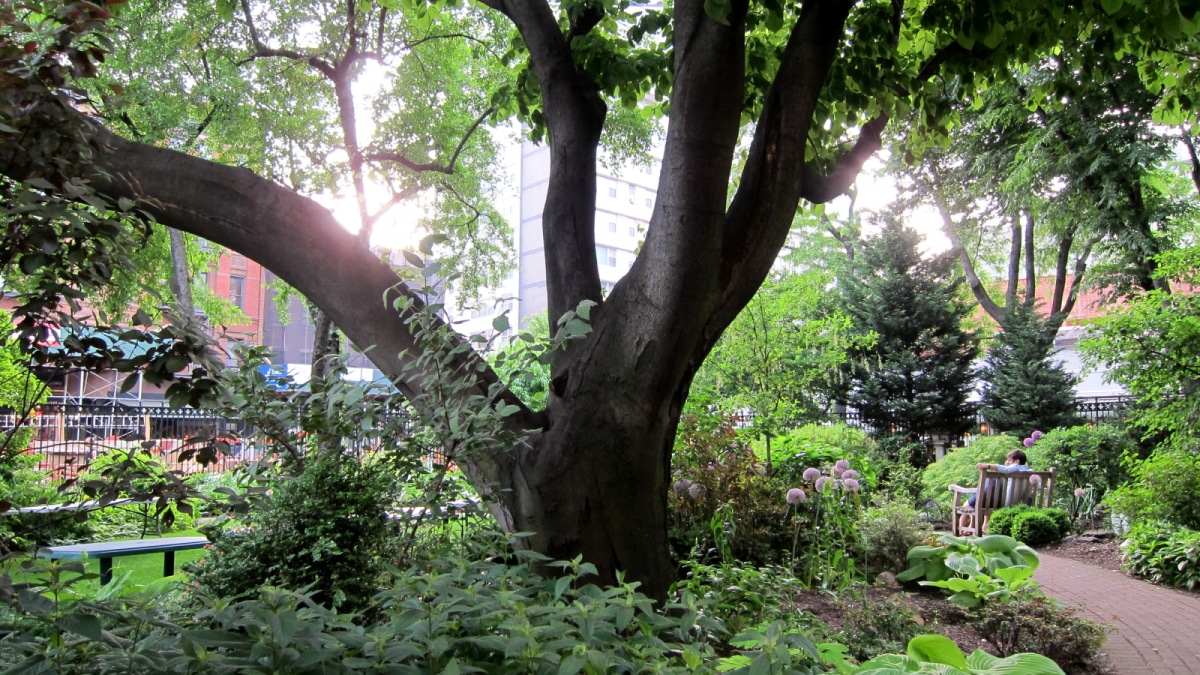 Miranda was delighted, the garden had everything that she had dreamt for her wedding, for her, was the paradise in Big Apple.  The place where Miranda and Steve were married is the Jefferson Market Garden, located in the West Village.

This garden is an enchanting place that you can visit during your tour to New York, once there you can remind the wedding between Miranda and Steve, an incredible moment in Sex and the City, because since this marriage the life of Carrie Bradshaw, Miranda, Charlotte and, Samantha would change forever.