January in New York is a cold month, but it’s one of the most entertaining months of the year. Although it’s hard to believe, at this time of year the city has a lot of activities to enjoy, fun activities like going to a Broadway show, ice skating or being part of No Pants Day.

The first month of the year has many good things, one of them is that in the city the prices of the lodgings decrease, the Broadway tickets, the stores make many discounts and the plane tickets are much cheaper. On top of that, there are still events that people love, one of them is ice skating. 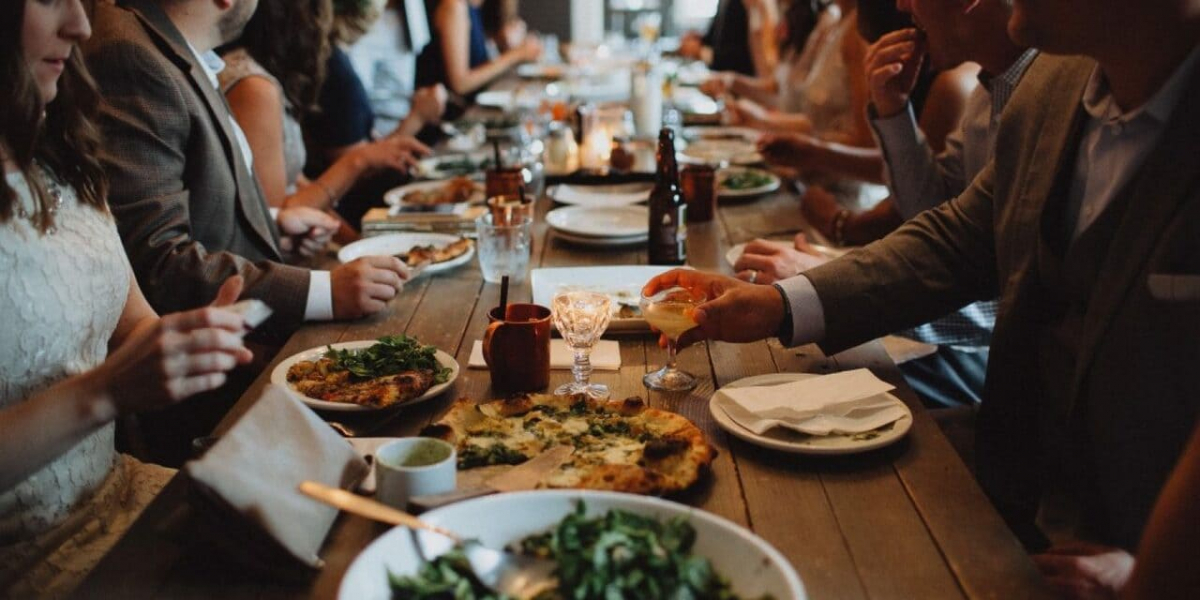 This festival is one of the best ways to start the year in New York. This great festival, which has been going on for decades, brings together the city’s best restaurants with the idea of offering a dining experience to everyone in the Big Apple.

NYC Restaurant Week is an event where the best restaurants in the city lower their prices, this way, many people can go to eat restaurants that at other times of the year can be unreachable. So, if you want to try the best dishes in town, we recommend that you book a ticket for this great festival. 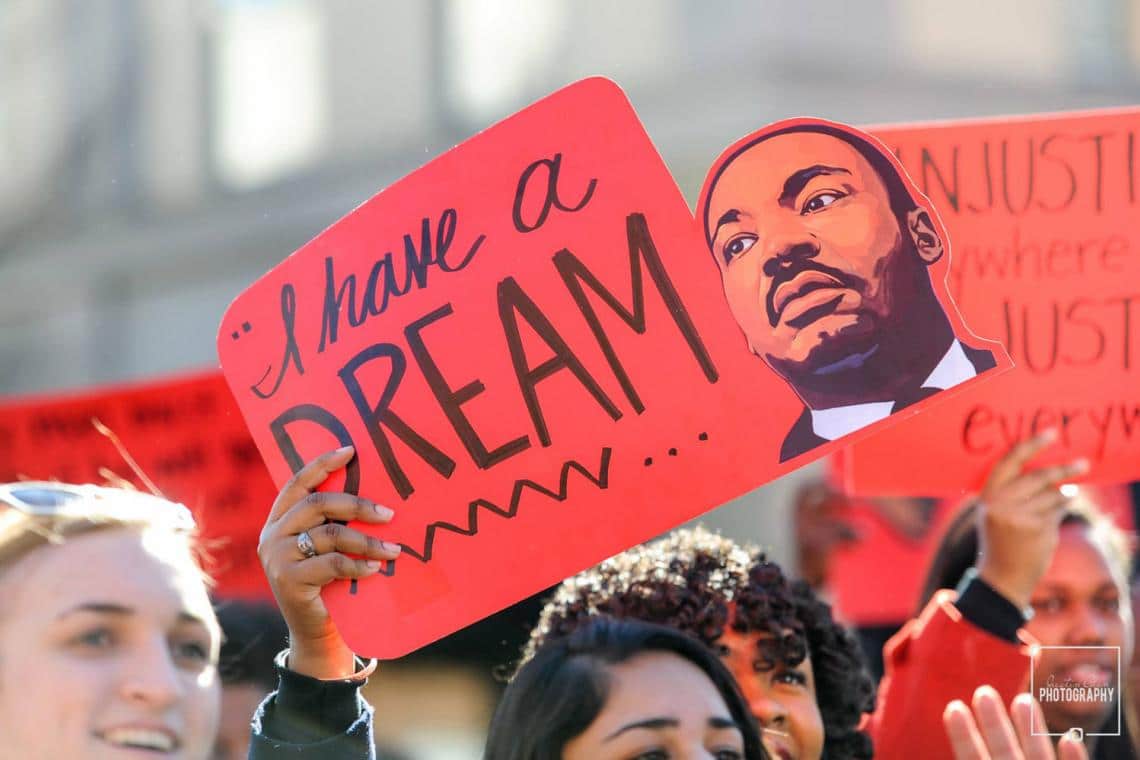 A series of activities are held throughout New York in homage to Martin Luther King Jr. Some of those activities are concerts, exhibitions in different museums of the city, masses Gospel, although, the activity that gathers more people is the Parade of Martin Luther King, this parade takes place on Fifth Avenue, from 61st Street to 86th Street. A parade that reminds you of who was this great man and his legacy.

In January you still have time to enjoy Christmas in New York. During this month there is the Holiday Train Show, a great exhibition of trains and stages where you will see recreated many emblematic places of the Big Apple.

This incredible event takes place in the New York Botanical Garden, located in The Bronx, where you will see exact replicas of the Empire State Building, the New York Public Library, the Statue of Liberty and many other symbols of the city. An exceptional event that children and adults can enjoy, a super plan to make in January in New York. 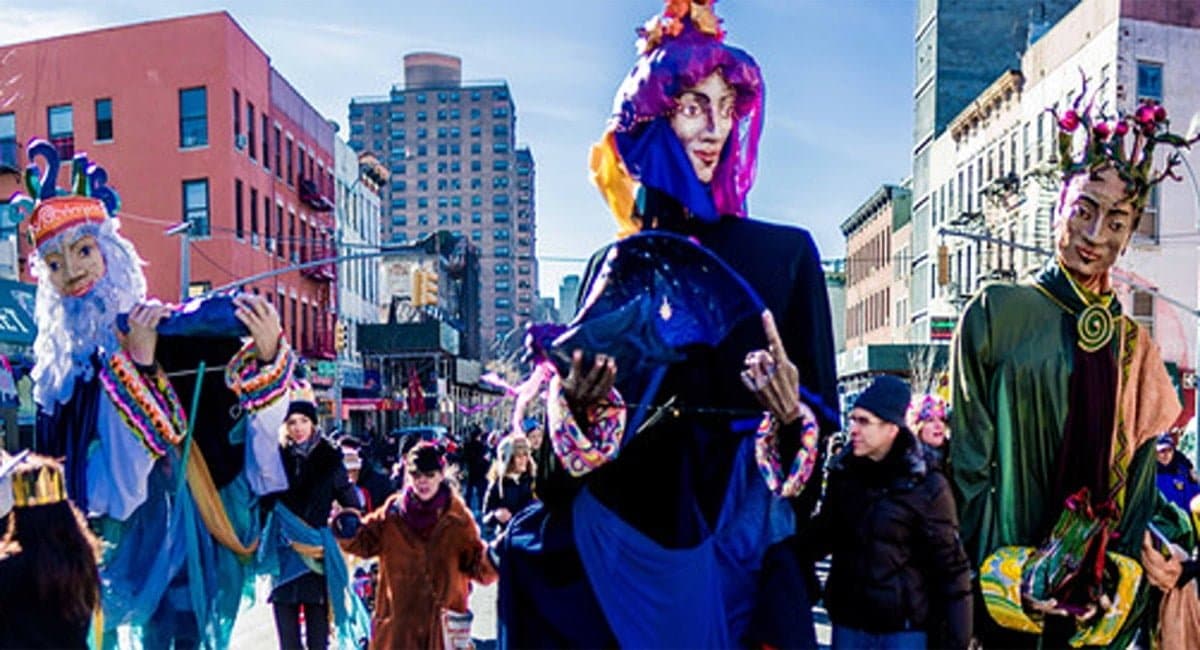 At the end of the parade, you can enter the Museo del Barrio for free to see the galleries and continue sharing this magnificent day with other people. The Three Kings Day parade runs from 106th Street and Lexington Ave to 115th Street and Park Avenue.

The No Pants Day 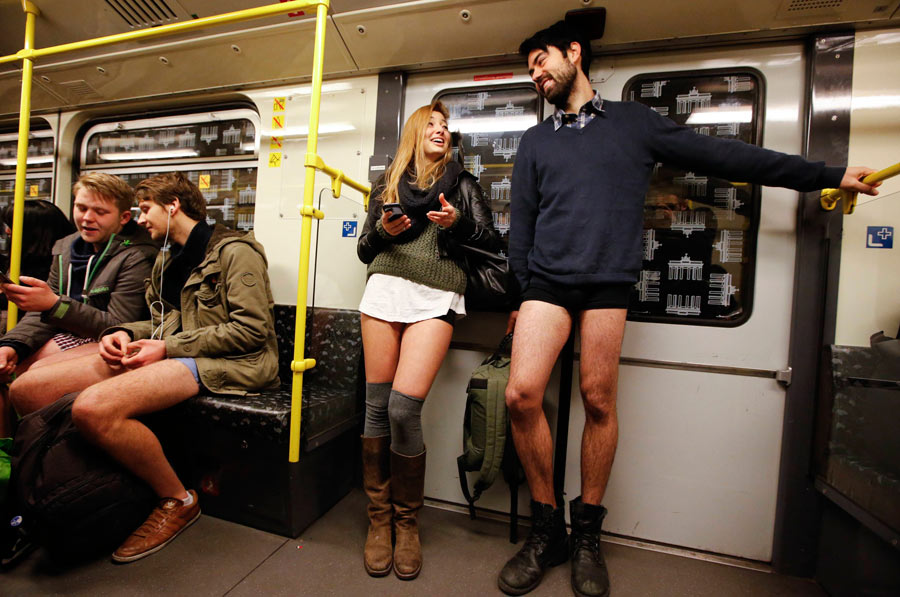 The No Pants Day – Source www.chinadaily.com.cn

One of the funniest events and undoubtedly one of the most famous in the city. The No Pants Day has been taking the New York subway for years, thousands of people get on the subway without pants showing their underwear and anyone who wants to join the event can do it.

Something that began as a joke, today is one of the most anticipated events in the city and its success has been so great, that other cities around the world have joined this authentic celebration. Despite the cold weather in January, this does not prevent The No Pants Day from being celebrated, an event that is becoming a tradition in the Big Apple.

We believe that this is one of the best reasons, the prices of flights to New York drop considerably, besides, after the Christmas holidays, the price of accommodation also drops.

During January, many Broadway tickets have discounts, so you can enjoy many incredible shows without spending much money.

During January, many stores and malls in the city have incredible discounts, the price of the clothing drops because the next season is close. So, this is a fantastic chance to buy some clothes.