WHAT TO VISIT IN WASHINGTON DC IN ONE DAY

Home/Blog/WHAT TO VISIT IN WASHINGTON DC IN ONE DAY

One of the places you can see on your 1-day Washington tour is the U.S. Pentagon, one of the largest, most protected buildings in the world and home to the U.S. Department of Defense. 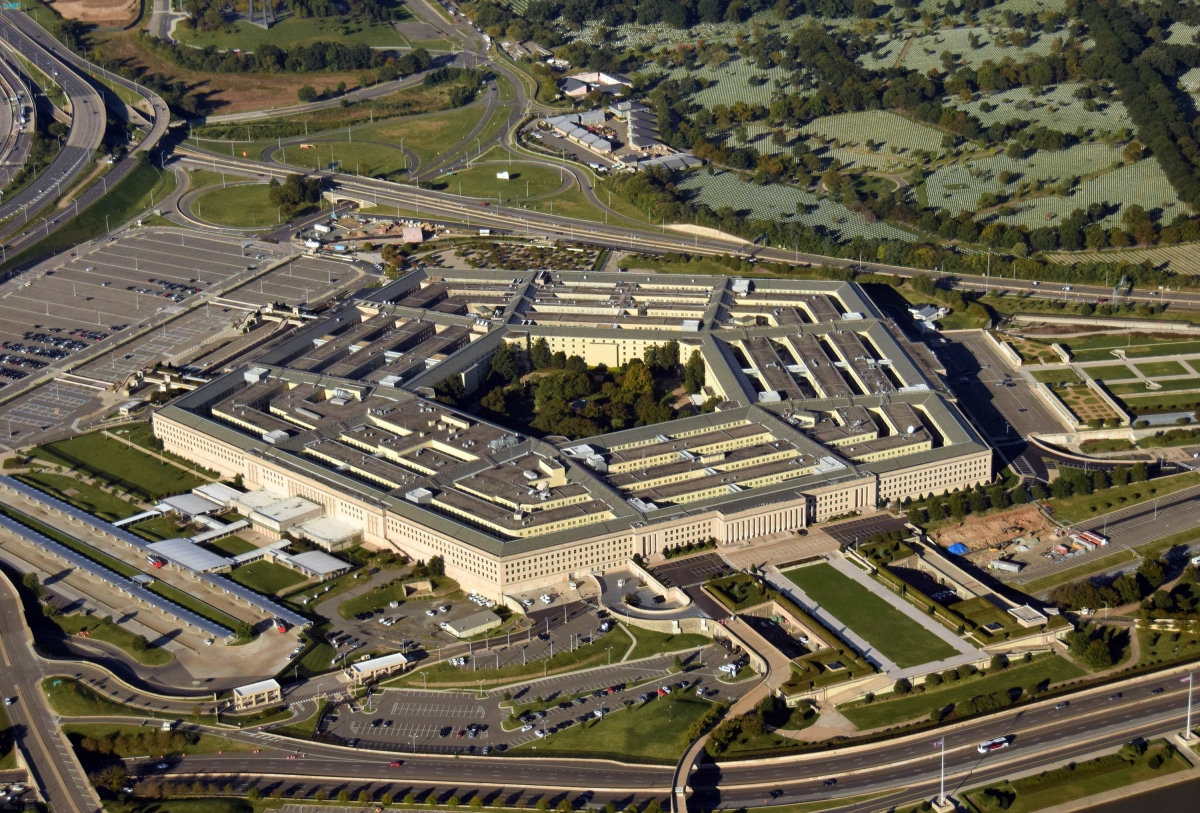 There, more than 23,000 people work in the Pentagon, the building is really gigantic, has an area of approximately 29 kilometers, and although it is extremely large, it only takes 7 minutes to go from one end to the other, since its construction was done in such a way that people could move quickly through its corridors. So, if you’re on a Washington DC Tour, the U.S. Pentagon is one of the places you’ll see.

Washington DC is a great city, home to hundreds of amazing places and one of them is Arlington Cemetery, the largest holy field in the world. With an approximate extension of 3 kilometers, it is where more than 300 thousand Americans are buried, a surprising figure. 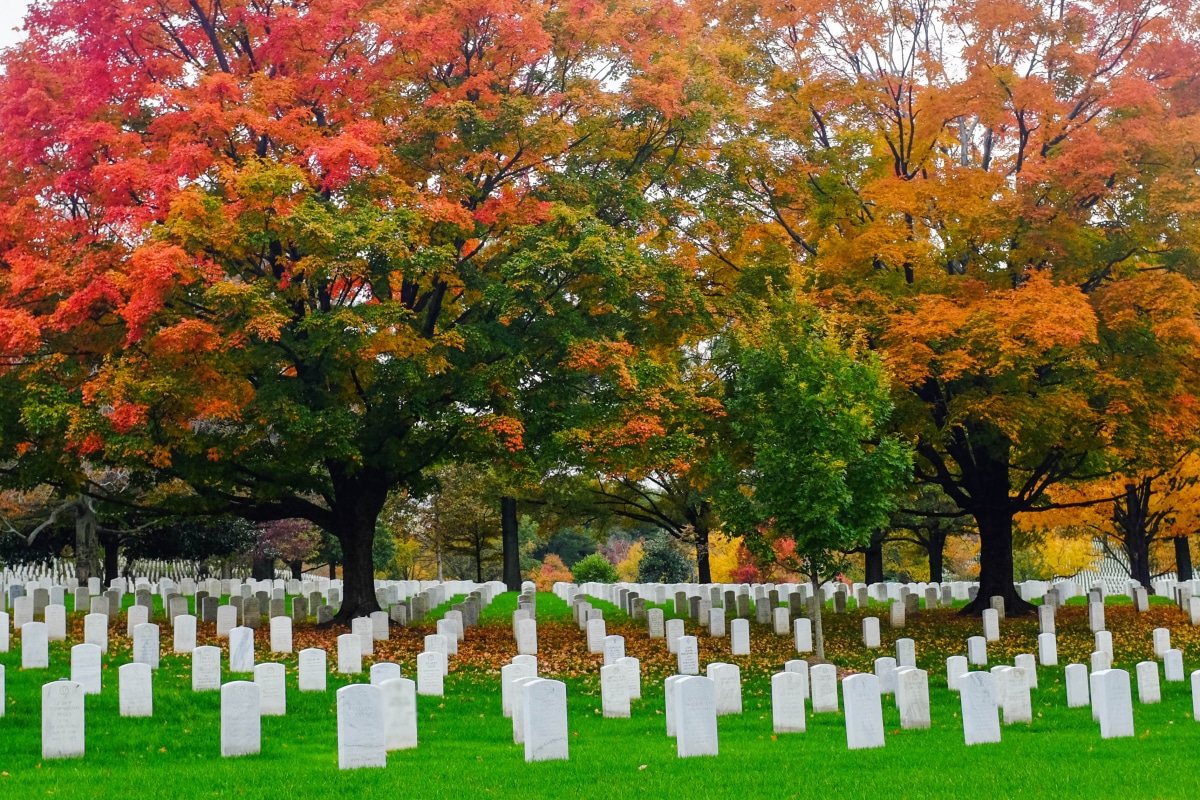 The Arlington Cemetery is an impressive place, visited every year by more than 4 million tourists, has appeared in dozens of Hollywood movies, and there is buried the body of one of the most famous presidents of the U.S., John F. Kennedy.

Inside the Arlington Cemetery is the Tomb of the Unknown Soldier, one of the city’s most famous monuments. This place is a must-see on any tour of Washington DC, a place not to be missed.

Read: Places that yo should visit in Washington DC

This monument is another place that is a mandatory stop if you are on a Washington Tour, is very popular, is one of the sculptures that receives more visitors every year in the capital of the United States. The Iwo Jima Monument captures the moment when 5 US soldiers raise the US flag on Mount Suribachi during World War II at the Battle of Iwo Jima. 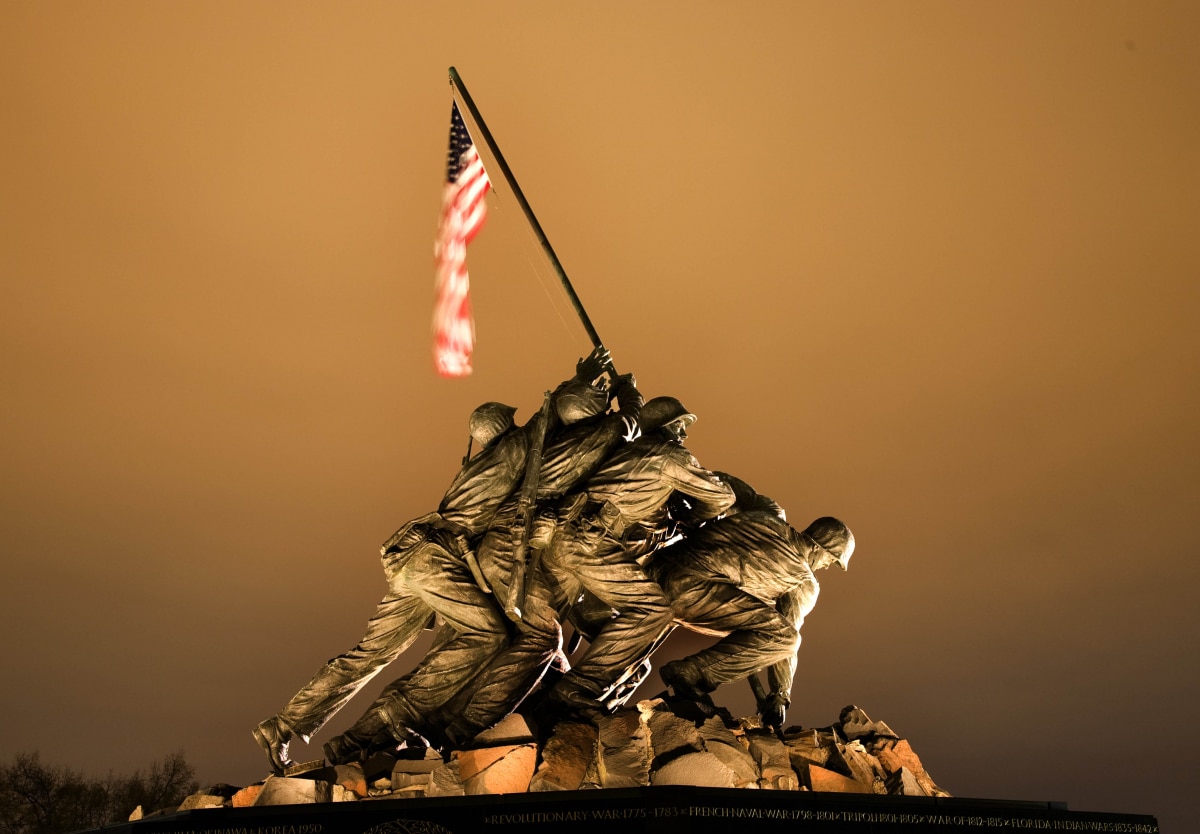 The image that gave life to the sculpture was the photo taken on February 23, 1945 by photographer Joe Rosenthalen, the monument is an exact reproduction of that photo, a photo that captures one of the most emblematic moments in world history. 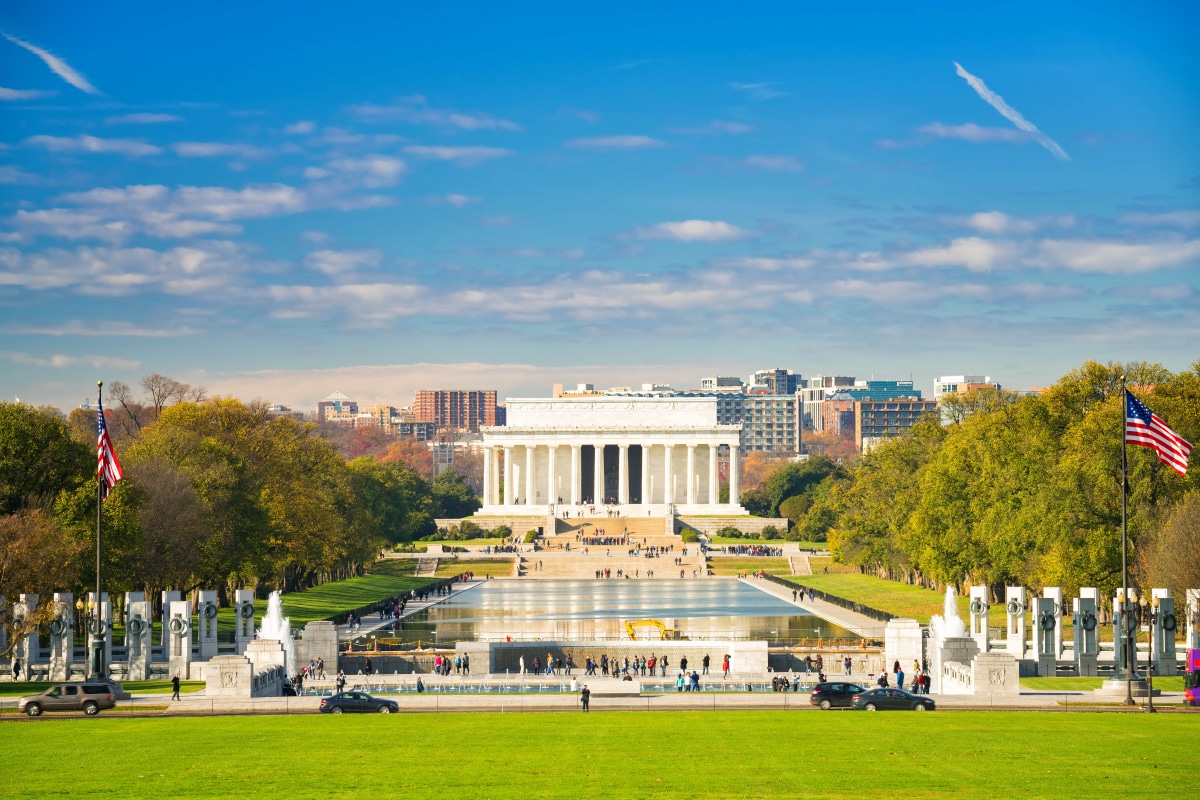 National Mall is a large esplanade, stretching from the Washington Monument (Obelisk) to the Capitol. This place is a sensational, mandatory stop in Washington DC, and here you can relive American history in a vibrant way that will make your visit to Washington DC unforgettable. The best thing about going to this place, is to see how a single area of the city brings together so many attractions, is amazing.

The Capitol is a gigantic white building built in 1973 and within it are the House of Representatives, the Senate, the Supreme Court and around it the Library of Congress. Without a doubt, this building is a symbol of power and politics in the United States, where the country’s most important decisions are made. 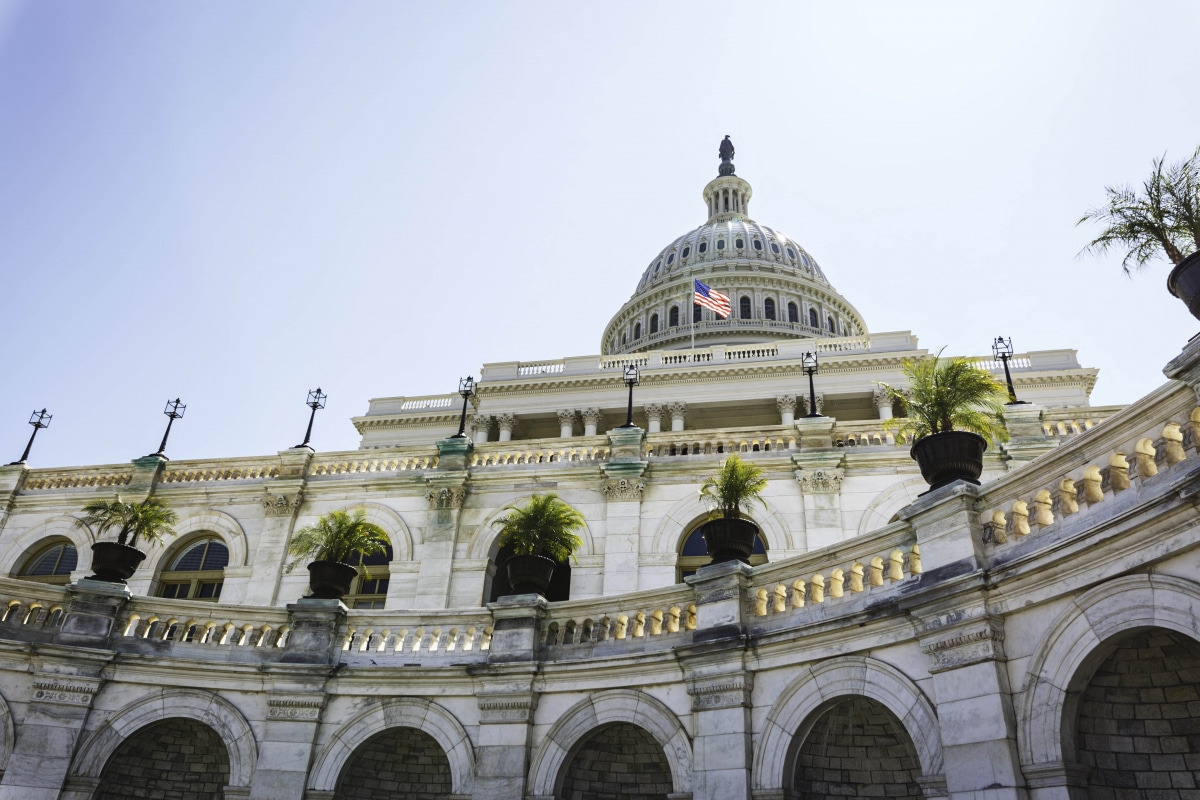 The architecture of the building is neo-classical, in it you can see the strong influence that had the Greek architecture in the capital of the United States. On the other hand, and although it sounds a little strange, the Capitol dome is one of the most photographed places in Washington DC. The Capitol offers guided tours, and although the visit to this giant building is free you must first fill out a form found on the Capitol’s website.

Washington DC, besides having great monuments and buildings also has some of the most impressive museums in the United States, and one of them is the Air and Space Museum. This extraordinary museum houses the largest collection of airplanes and spacecraft in the world, and inside the building you can also find some objects from outer space, such as space rocks, something really amazing. 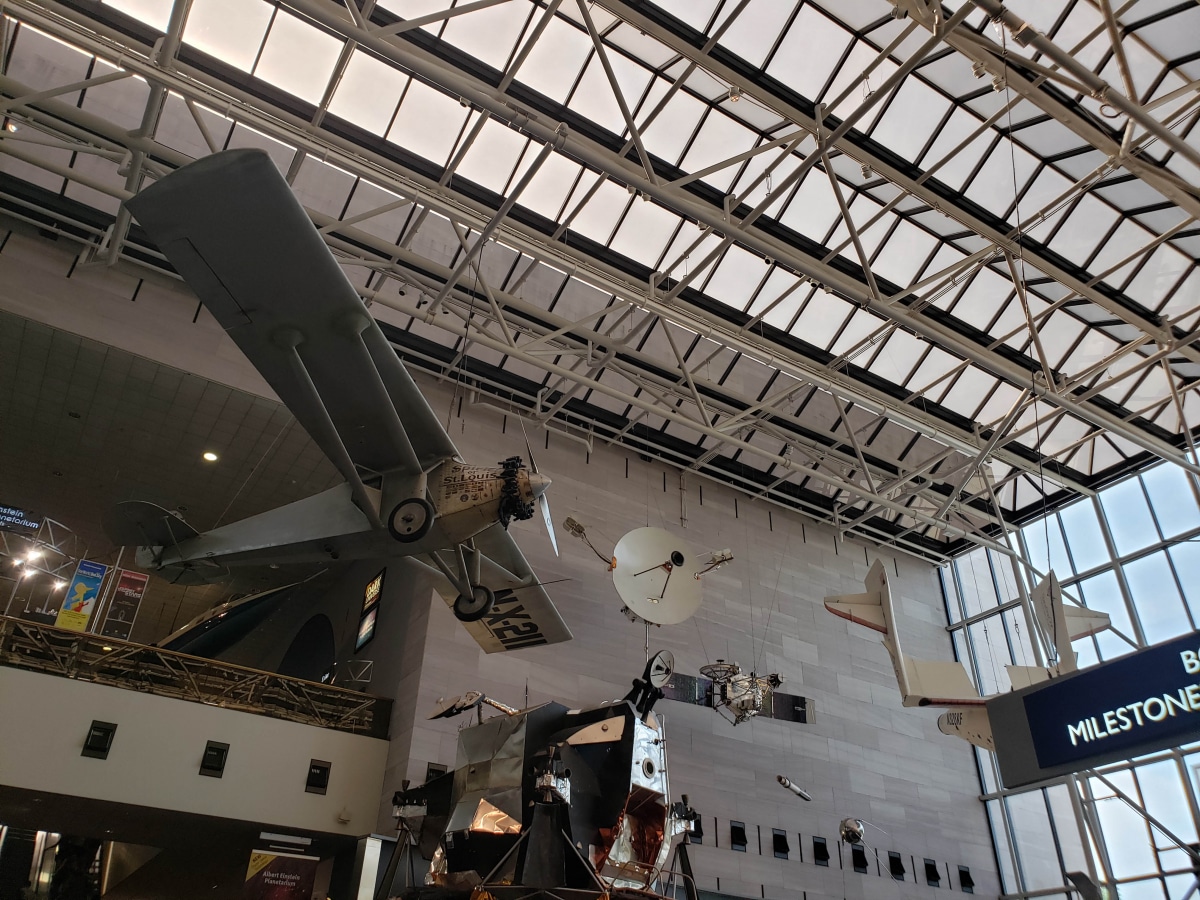 If you are on a 1-day tour of Washington, there is no doubt that this museum is an obligatory stop, is one of the jewels that has the city that will make your visit to the capital of the United States in an unforgettable experience.

One of the largest monuments in Washington DC is the World War II Memorial, which pays tribute to all the soldiers who fought and lost their lives while fighting in World War II. 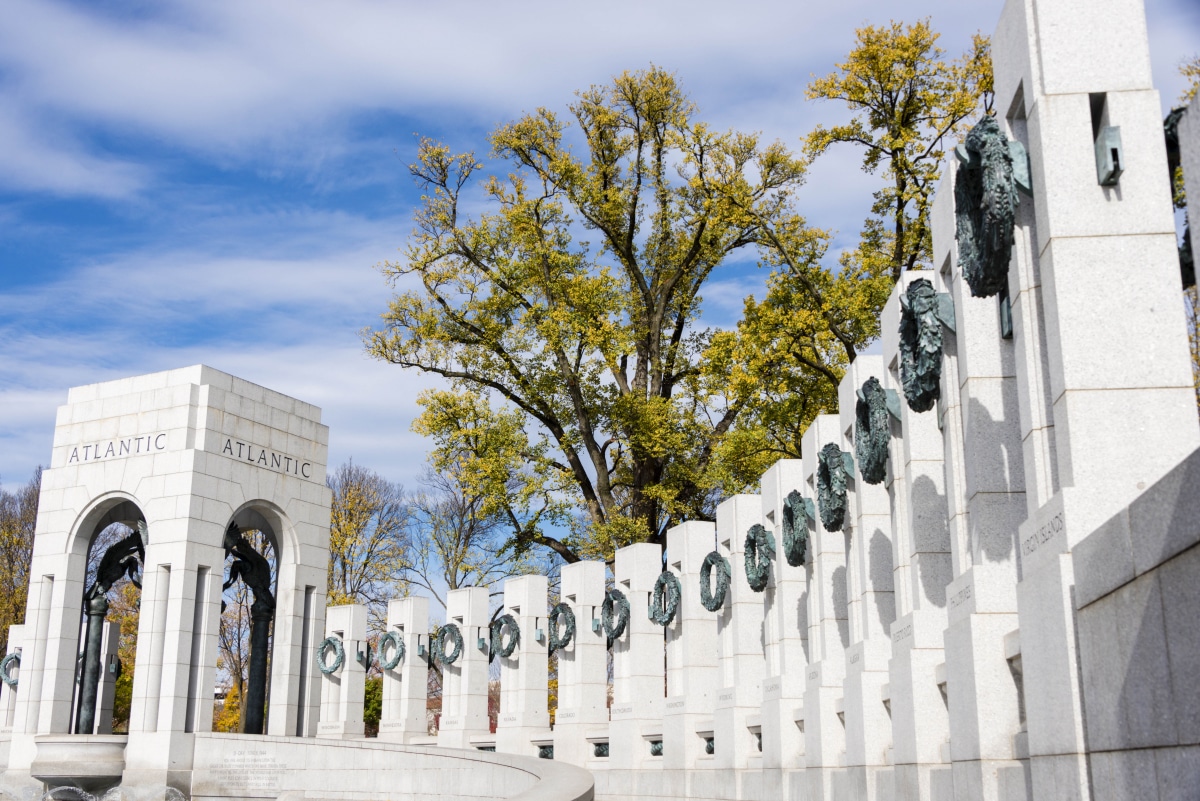 In the place you will see a wall with the names of the 400 thousand soldiers who fought, in addition you will see 50 pillars that represent the different states of the USA and a swimming pool in the middle of the monument that represents the peace. This solemn place cannot be missed on any tour of Washington DC. 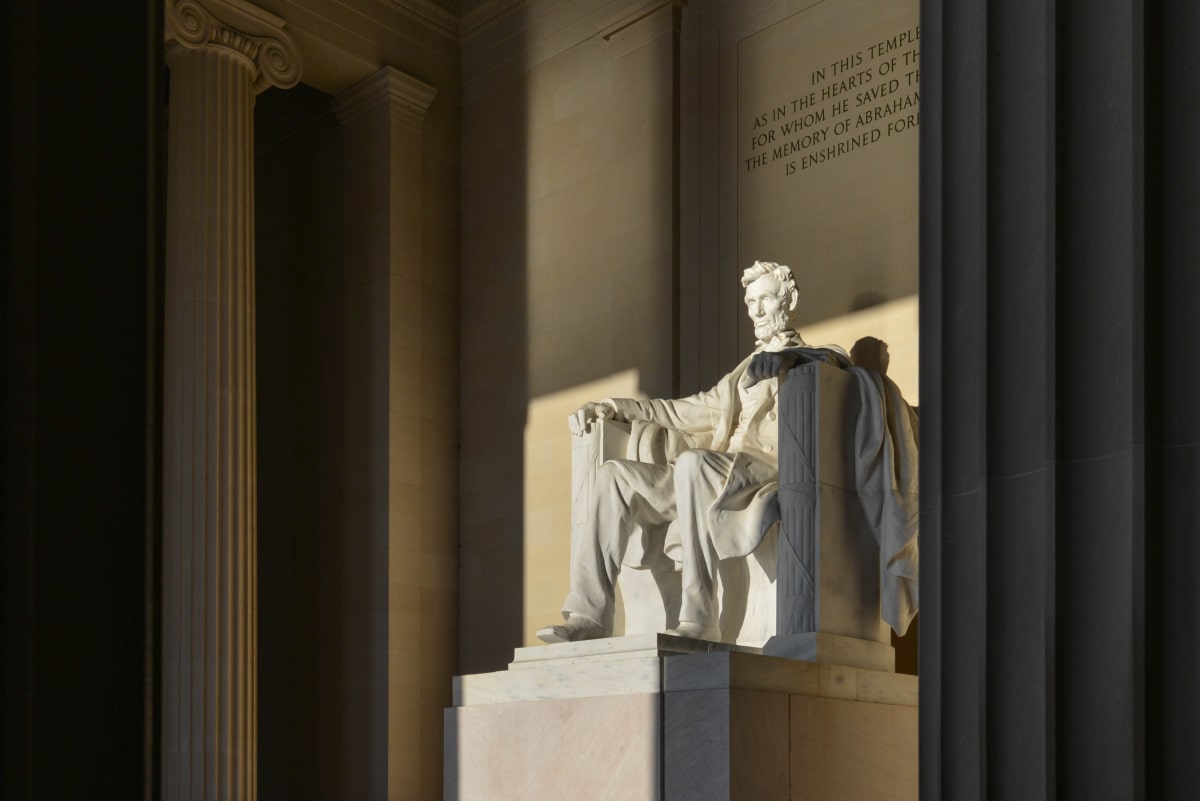 The monument recreates a Greek temple and was built between 1914 and 1922. Inside the monument you will see a large statue of Abraham Lincoln that measures almost 6 meters high, he is sitting in thoughtful mode, it seems that he is reflecting. On the walls, you’ll see inscriptions with phrases once said by this former president.