Every day thousands of tourists walk the streets of the Big Apple and several miss many fascinating places in the city, hidden places in New York City that are incredible, secret corners that are not in sight of everyone but that deserve to be visited.

That is why today we want you to get away from the places that are usually visited in New York, to take other roads that will take you to corners of the city that you never imagined existed, to risk knowing places that are far from the traditional and that offer you a different perspective of the city, so we invite you to join us on this tour to the hidden places of New York. 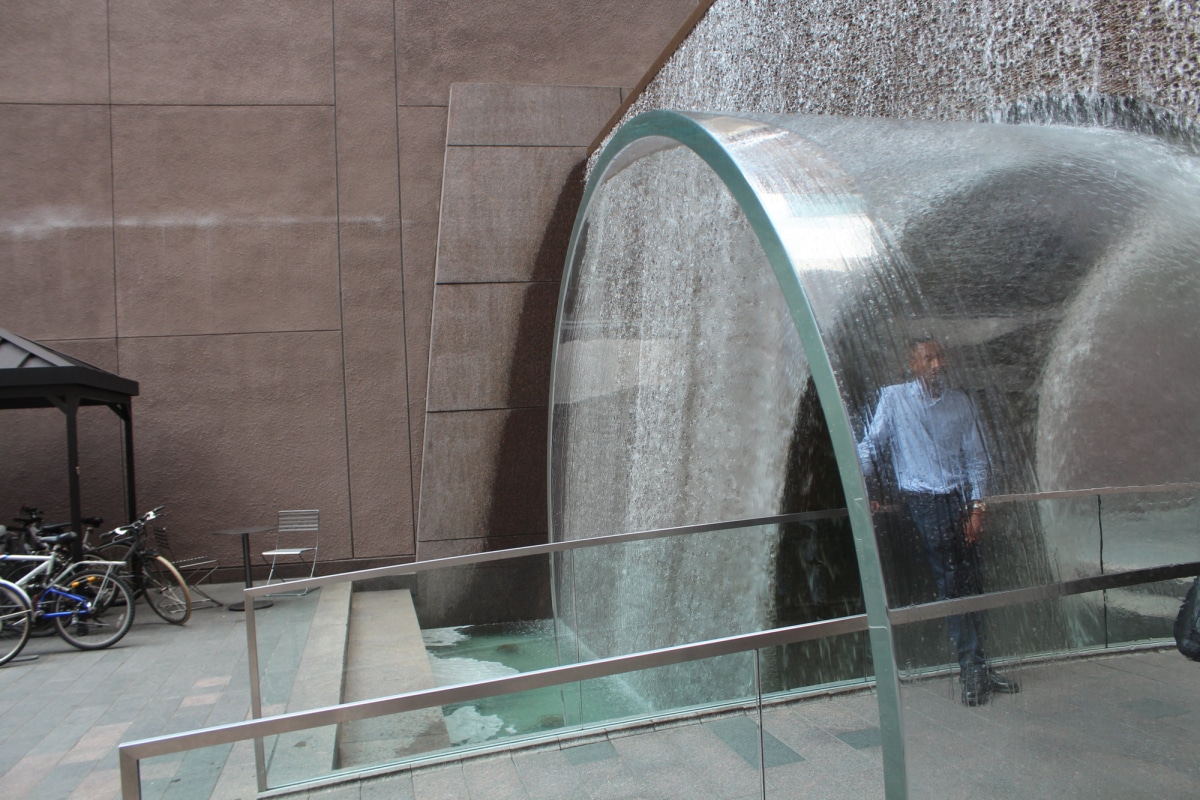 On 48th Street between 6th and 7th Avenues is the Glass Waterfall Tunnel, a place few people know about and an architectural wonder that lets you escape the hustle and bustle of Manhattan. This beautiful secret tunnel has a waterfall that works like a trail because of the glass tube that goes through it and allows water to fall around passers-by and by imitating a natural waterfall the sound that the water produces is perfect for relaxing. Without a doubt a spectacular place that not everyone knows exists right in the Midtown of Manhattan. 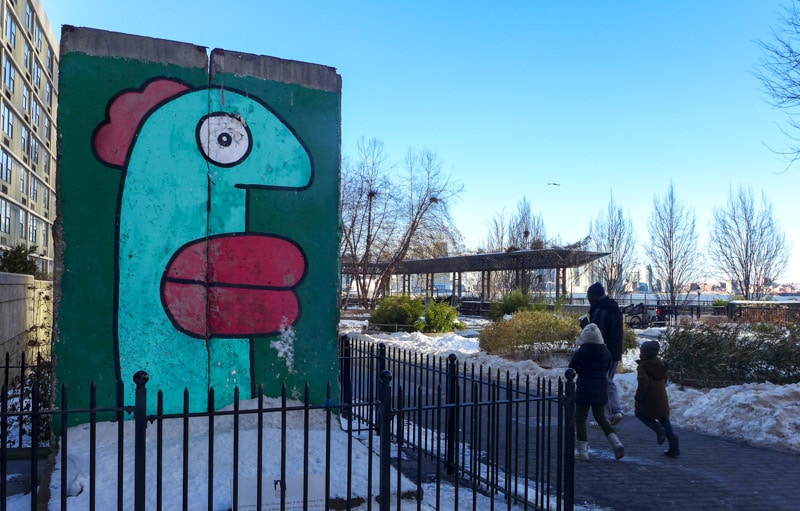 That’s right, although it is hard to imagine throughout New York there are fragments of the demolished Berlin Wall. When the wall collapsed many fragments were preserved, over the years the Big Apple was acquiring parts of the wall and located in different areas of the city.  In total there are 5 fragments of the Berlin Wall that you can see in New York, and they are at 520 Madison Avenue, Kowsky Square located inside Battery Park, in the exhibition Ripley’s Believe it or Not of Times Square, in The Intrepid Museum and in the Gardens of the United Nations Building. All sections of the wall are great works of art worth seeing. 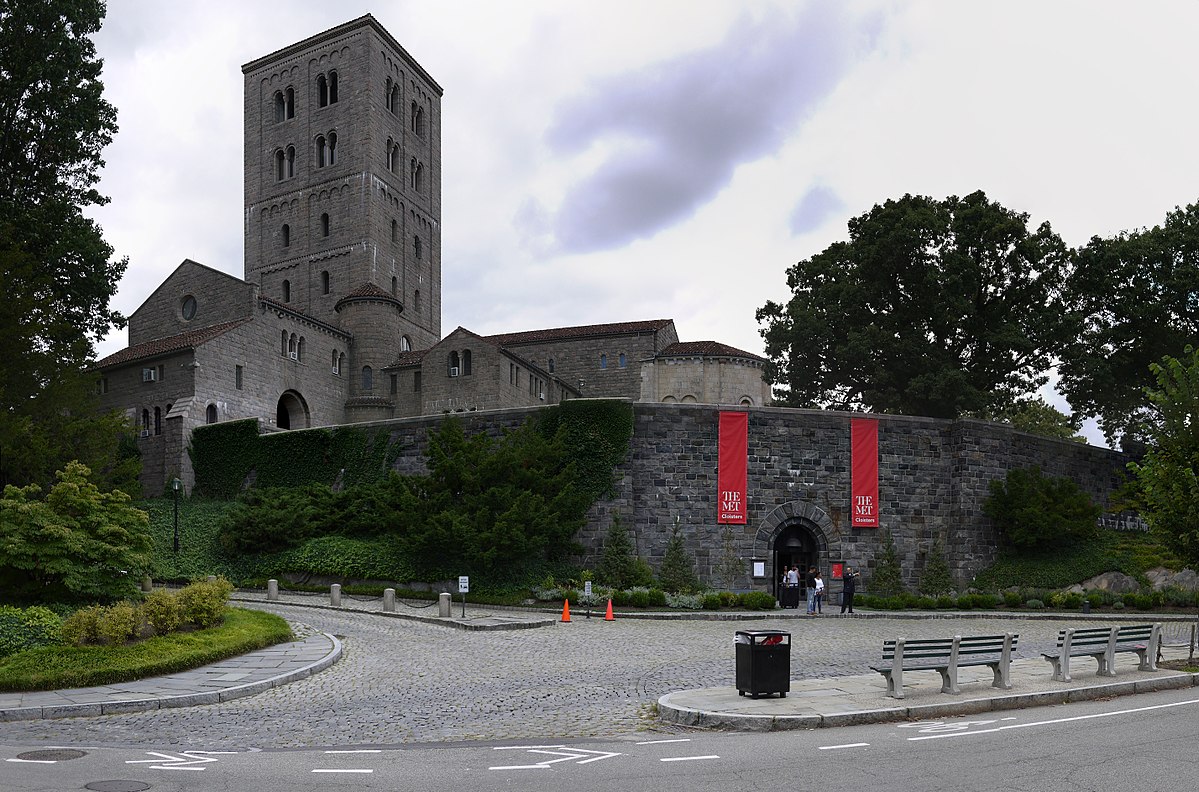 Located at the top of Fort Tryon Park is The Cloisters, New York City’s medieval museum.  This fascinating museum focuses on the medieval art and architecture of Europe, has more than 5000 pieces of art, where you can see sculptures, stained glass, armor, medieval weapons, tapestries and much more. In addition, the building is surrounded by medieval gardens that perfectly recreate the atmosphere of the Middle Ages and is one of the main attractions of the museum, no doubt this place deserves to be visited, is a plan out of the ordinary and you can do without leaving New York. 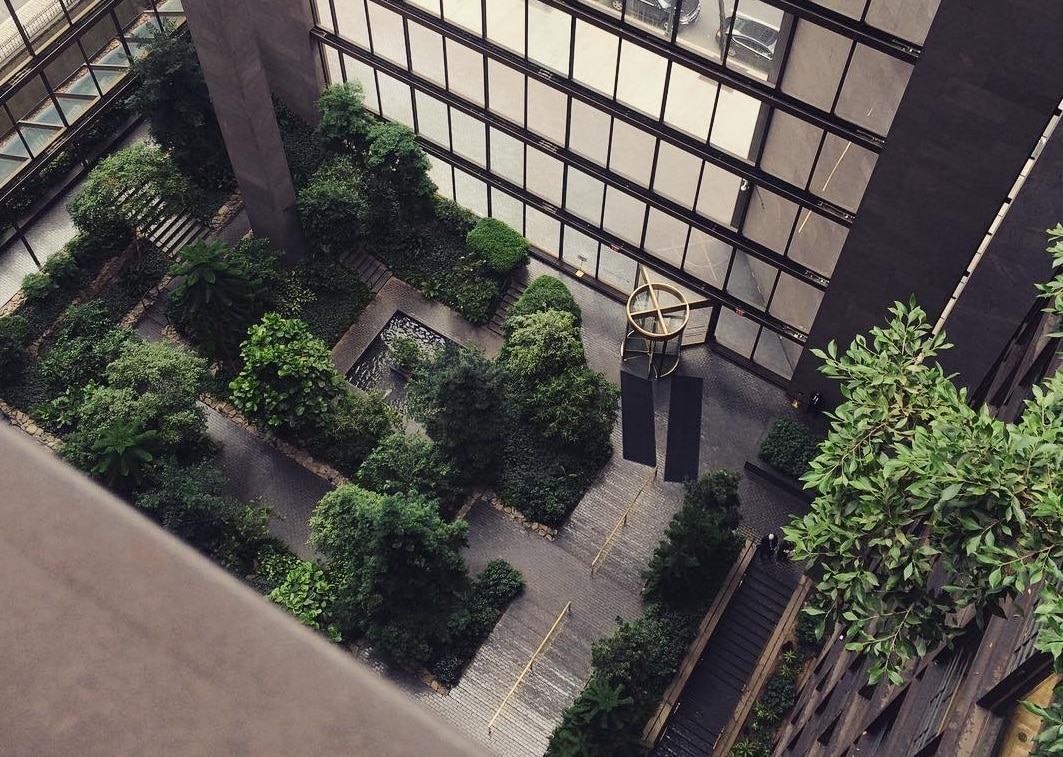 New York is a city with great parks, a city that coexists with nature and offers people ample green spaces where they can relax, breathe fresh air and walk, likewise New York is a city of surprises, which constantly has something new to show, and although you sound incredible in the center of Manhattan there is a rainforest. It may seem strange, but right in 43rd Street there is a hidden jungle and the most incredible is that it is located inside a building in which its glass works as a greenhouse and give the possibility that such an ecosystem exists in the middle of New York. 43rd Street is open to the public all year long and is one of the most remarkable buildings in the City. 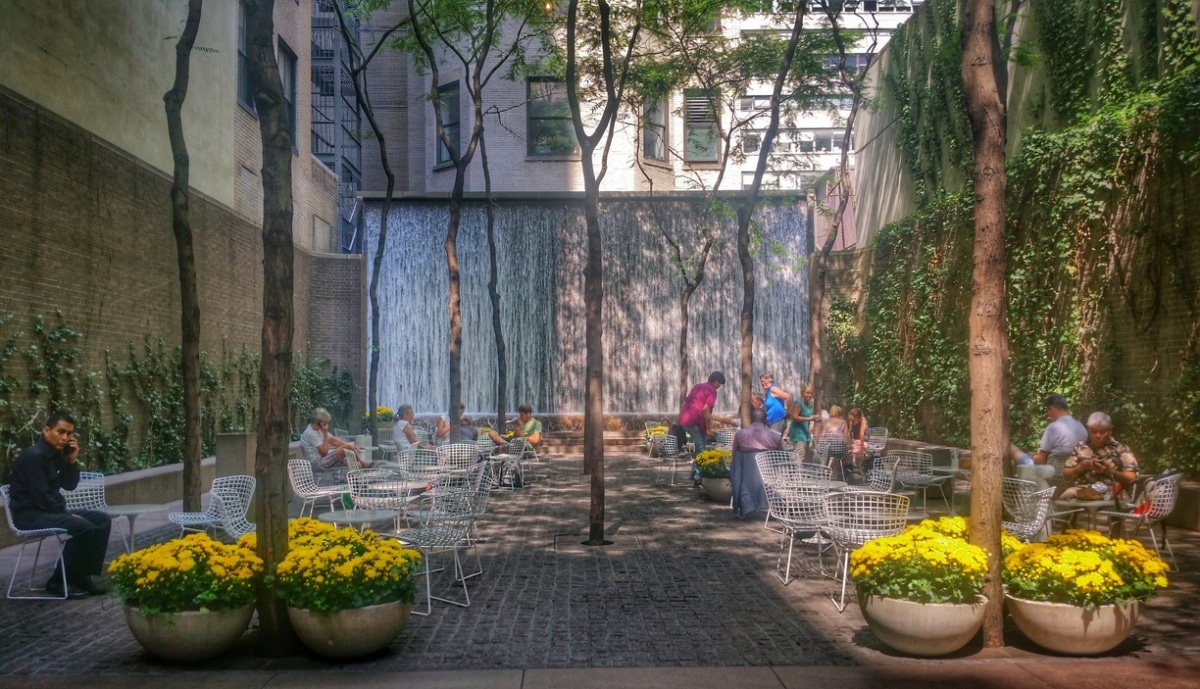 If you want to escape Manhattan’s frenzy for a few moments there is a place where you can do it, a small corner of the city that exists at 3 East 53rd Street. The place we are talking about is Paley Park, a very small public park compared to the most famous parks in New York City and where you can go to set your mind to white watching its waterfall which offers visitors a relaxing sound and isolates you for a moment from the city making you think for a moment that you are in another place. This little secret of the Big Apple is a nice place where you can spend a very pleasant time. 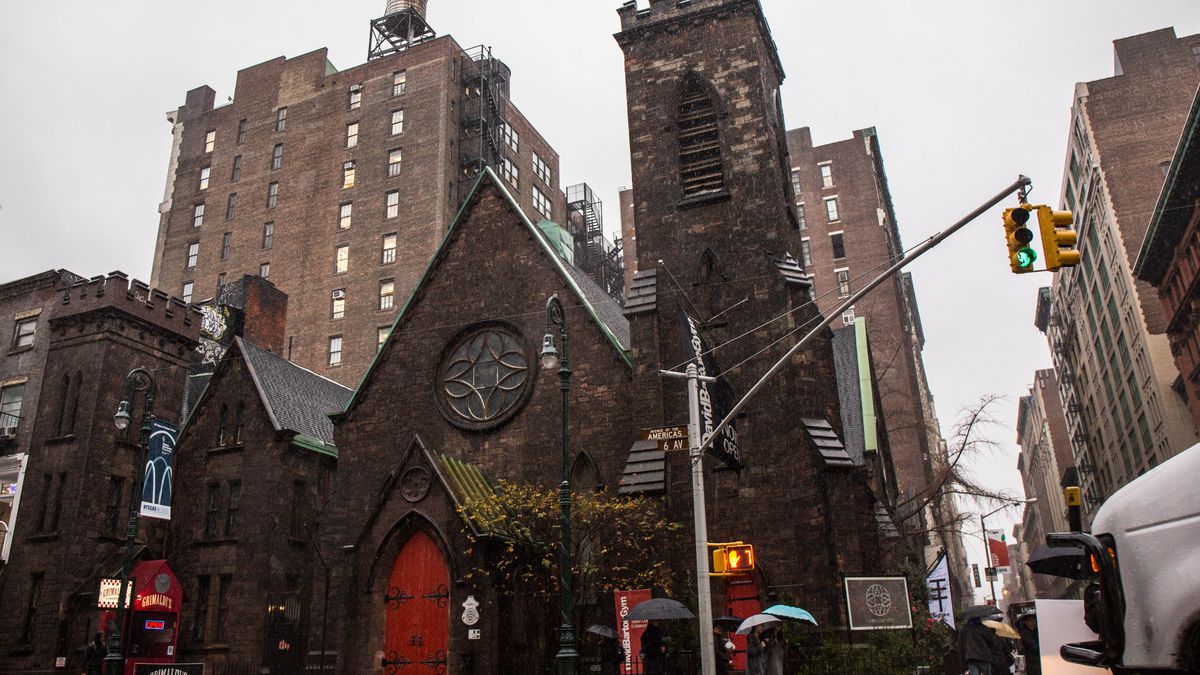 A very peculiar place, first it was a church, then in the 90’s a discotheque and nowadays it is a commercial center where you will find a great variety of shops.  This space is a place with a lot of history, its facade is of beautiful architecture and is well preserved despite the changes it has had over time.  Inside the shopping center is very peculiar because it preserves the air of an old church, but with the modernity of shopping centers, so do not miss the Limelight Building, a building that deceives hundreds of tourists daily by its front. 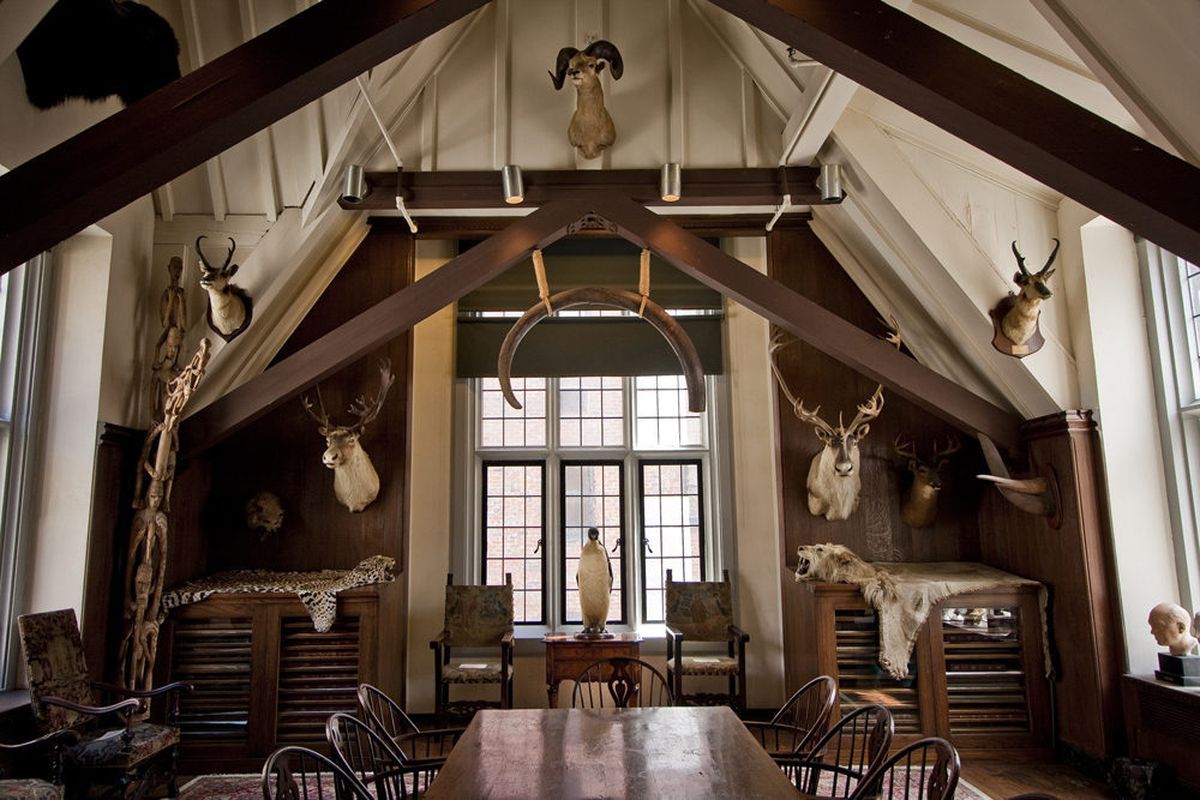 If you are a globe-trotter, this place will fascinate you. The little-known Explorers Club is one of New York City’s best-kept secrets, a place that brings travelers from all continents together to show off their discoveries, expeditions, adventures and feats. This place is full of treasures and curious objects from different corners of the world, so if you want to spend an extraordinary afternoon in New York don’t hesitate to go to the Explorers Club, it will catch you! 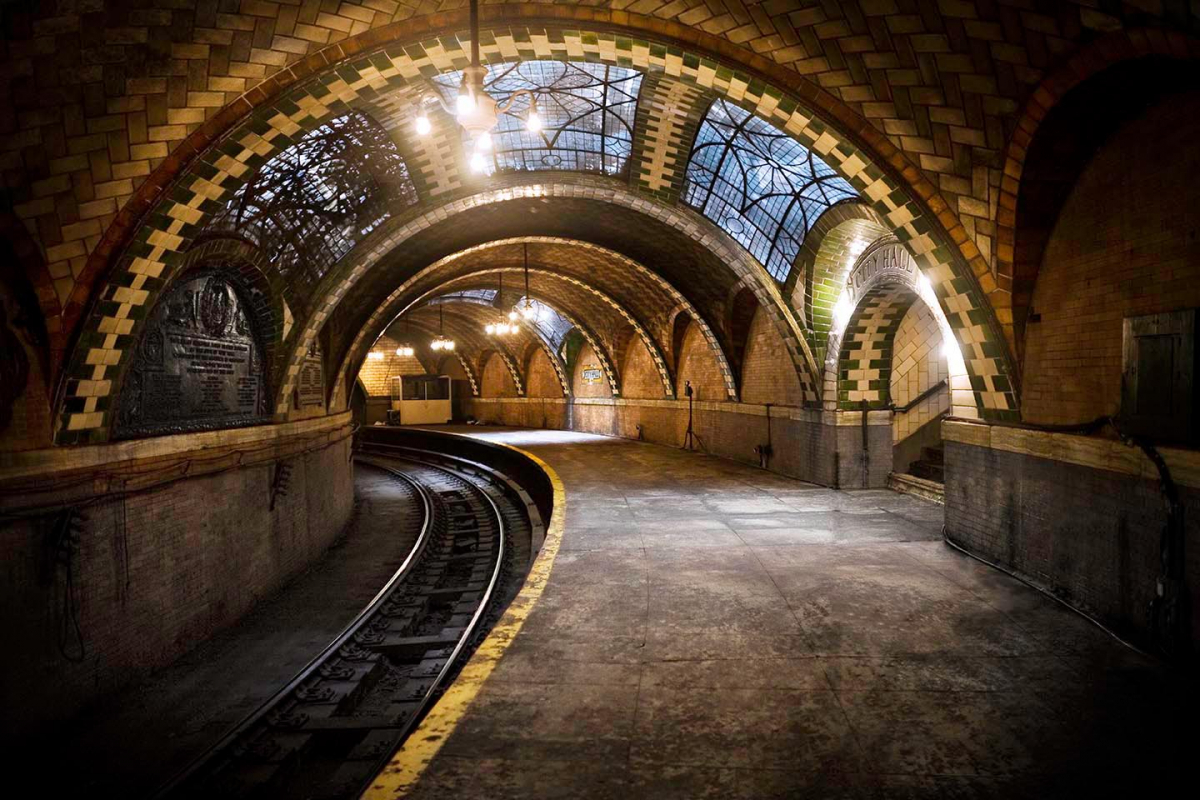 Inaugurated in 1904 and abandoned since 1945 due to its pronounced curvature is one of the best attractions that New York City has. The City Hall station is surprising, is decorated with beautiful tiles, chandeliers and the ceiling has giant crystals that allow natural light to enter the station.  This place is full of stories, some say that ghosts have appeared in this mysterious train station and paranormal events have occurred. Another great well-kept secret of New York that if you can go to visit do not hesitate to do so.