Home/Blog, Latest Publications/WHAT TO DO IN NEW YORK: JULY 2019

July is one of the most exciting months, this month the summer has already taken New York and the streets are shining, also during July the days are longer, and you can enjoy much more your tour of New York.

If you are thinking of visiting the Big Apple during this time of year, here below is a list of the best activities you can do during July in New York, so if you are planning to visit…

The Fourth of July all the United States celebrates the Independence Declaration and without a doubt, this is the most important date in the USA and the best way to commemorate the independence is with tons of fireworks. 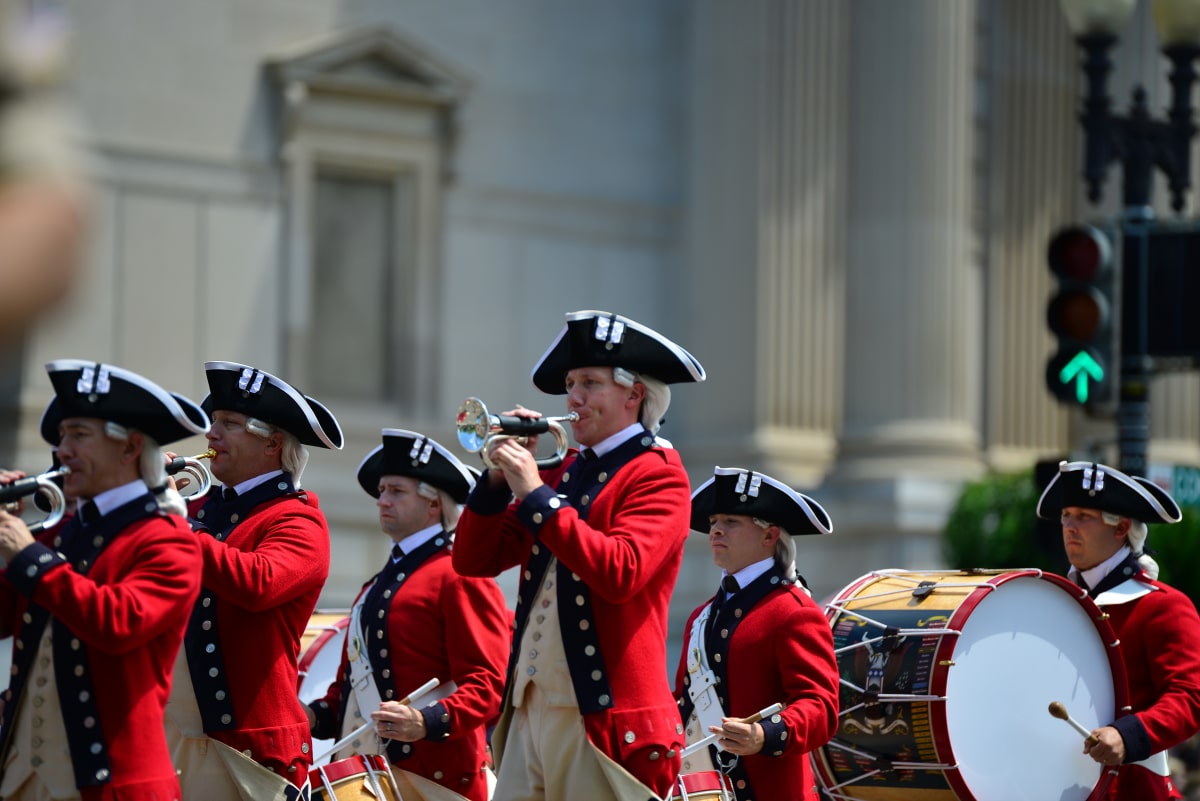 Each year, New York City is part of the party illuminating the sky with thousands of fireworks, it’s something incredible you will be amazed by this stupendous spectacle that you should view if you are in a New York City tour.  The fireworks show take places in the River Hudson, where are located six boats and from where the fireworks will be launched, between streets 18 and 43, and the celebration starts at 21 hours and during approximately 25 minutes.

One of the best things that you can do on the 4 of July is to take a cruise through the River Hudson, aboard on the boat you will have the amazing chance to take breathtaking photos. A historical fact to finish, the United States Declaration of Independence was signed on July 4, 1776.

The 4th of July besides the fireworks celebration this day takes place in Coney Island one of the most famous contests along New York City, the Nathan’s Hot Dog Eating Contest, an alternative way to commemorate the Independence Declaration.

This traditional competition has tons of fans around the Big Apple, each year many people go to Coney Island to participate and see the contest, which is celebrated since 1972. The contest begins at midday in Nathan’s restaurant, where you will see 20 participants that have the challenge to eat the longest quantity of hot dogs in ten minutes, the winner will be the person who eats more hot dogs.

Nathan’s Hot Dog Eating Contest is very popular approximately 30 thousand people go to Coney Island to see who will the next champion of this fantastic competition; until today the person who has the record of eating the longest hot dogs quantity is Joey Chestnut, who ate 70 hot dogs in 2016. The winner of the contest will win 40 thousand dollars, definitely a great reward for eating hot dogs.

Read: Where to party in New York

The Brooklyn Hip-Hop Festival is one of the most expected festivals in New York City additionally is the largest Hip-Hop cultural event in the Big Apple, a great festival that gathers the best Hip-Hop artist in Brooklyn, the cradle of the Rap music. This 2019, the festival celebrates 15 years, and by comparison to the other edition, this 2019 edition brings more than music, include conversations with recognizes hip-hop artists, activists, community leaders. Additionally, the festival will have various performances such as DJ Contests, MC Contests, Graffiti challenges, dance, seminars and much more.

Through the years, important artists have been presented on the festival stage, such as Ghostface Killah, DJ Premier, Dead Prez, De La Soul, Kanye West, Busta Rhymes, Das EFX, Jay-Z, Mobb Deep, Nas and much other representative artist of Hip Hop. This festival is one of the most important events in summer, because this festival break boundaries and unite all of New York boroughs, and culturally in a big party where the people can share their experiences thanks to Hip-Hop music.

If you are planning visit New York city during July we recommend you got to the Brooklyn Hip-Hop Festival, there you will have an amazing experience in the Big Apple, get to know closely the hip-hop culture and all its ramifications such as graffiti, breakdance and watch films about the legacy of rap music in New York City.

This is a stupendous outdoor plan; the Broadway in Bryant Park is the perfect opportunity to enjoy the New York summer in one of the best parks of the city. The festival is a concert series presented by 106.7 Lite FM, each Thursday of July at lunch time. There, in Bryant Park, you will see some of the best Broadway musicals and shows, the 2019 season begins on Thursday, July 11 and runs until Thursday, 15 August, each performance starts at 12:30.  The performance are presented each Thursday at midday. 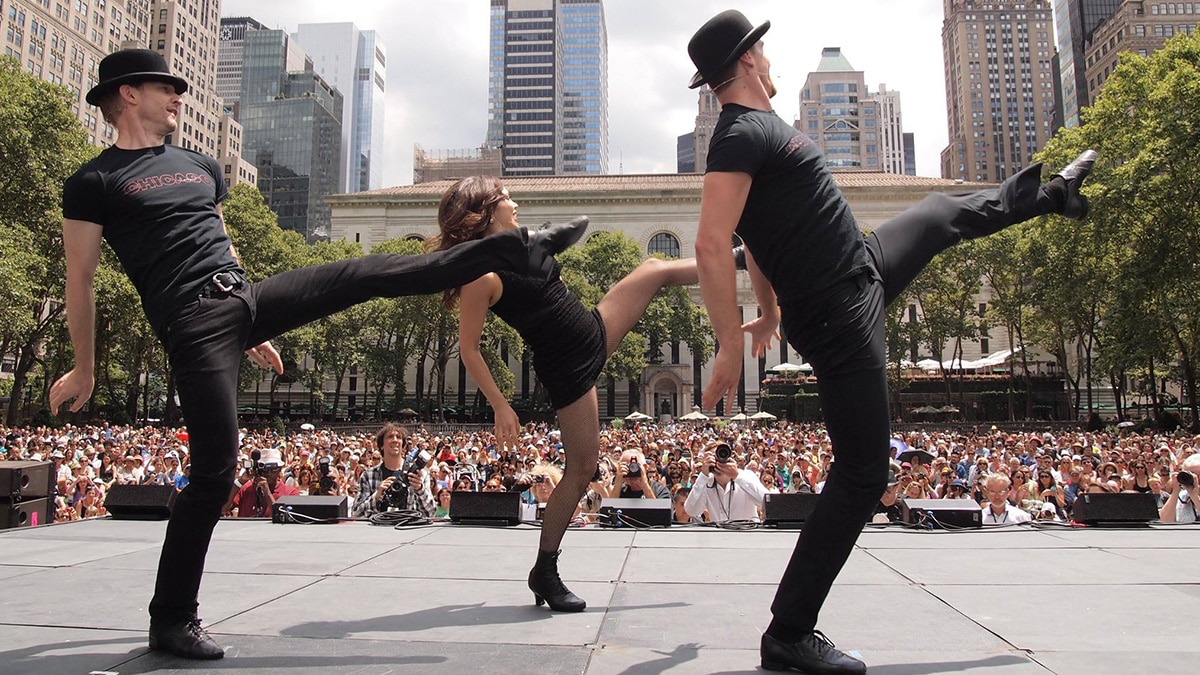 If you want to know more about the Broadway in the Bryant Park you can check the official page event here -> bryantpark.org/programs/broadway-in-bryant-park

During July you can also enjoy the HBO Bryant Park Summer Film Festival, each Monday at 8 pm in Bryant Park you be able to watch some of the most fantastic movies, both festivals are free and are a great outdoor plan to do during summer in New York City.

The first NYC Restaurant Week were held in 1992, this time just 95 restaurants participated, nowadays, almost 400 restaurants are part of one of the most important gastronomic events of New York City. The NYC Restaurant Week gather cuisines from around the world, it is a great experience to enjoy thousands of plates, also it is a stupendous possibility to eat in the in the best restaurants in the city from Monday to Friday at fixed prices, although drinks, tips and taxes are not included.

The NYC Restaurant Week is not only for the foodie lovers, is for everyone who wants to delight its paladar with a delicious plates, also is a great festival for the tourists, there them enjoy NYC through the gastronomic, one of the best things that tourist do during summer in NYC.

In the official page you will see the restaurants that are going part of this edition, also there you preview the menus and book tables, -> www.nycgo.com/restaurant-week