THE BEST SUMMER FESTIVALS IN NYC

Dear summer you are the best season, the streets are fully of people, all the restaurants are open, the people are happy and chilling in the parks, the town has a lot of festivals, undoubtedly the summer is a great time to have fun in the city that never sleeps.

And if you want to live an unforgettable summer in New York City just follow this guide, because here you will find the best summer festivals and activities that you can do in the Big Apple.

This festival is incredible, is a perfect outdoor festival for everybody, the SummerStage has music for all kinds of audiences.  During June, in different parks of New York City are carried out concerts, mostly free, except for a few that are benefit concerts. 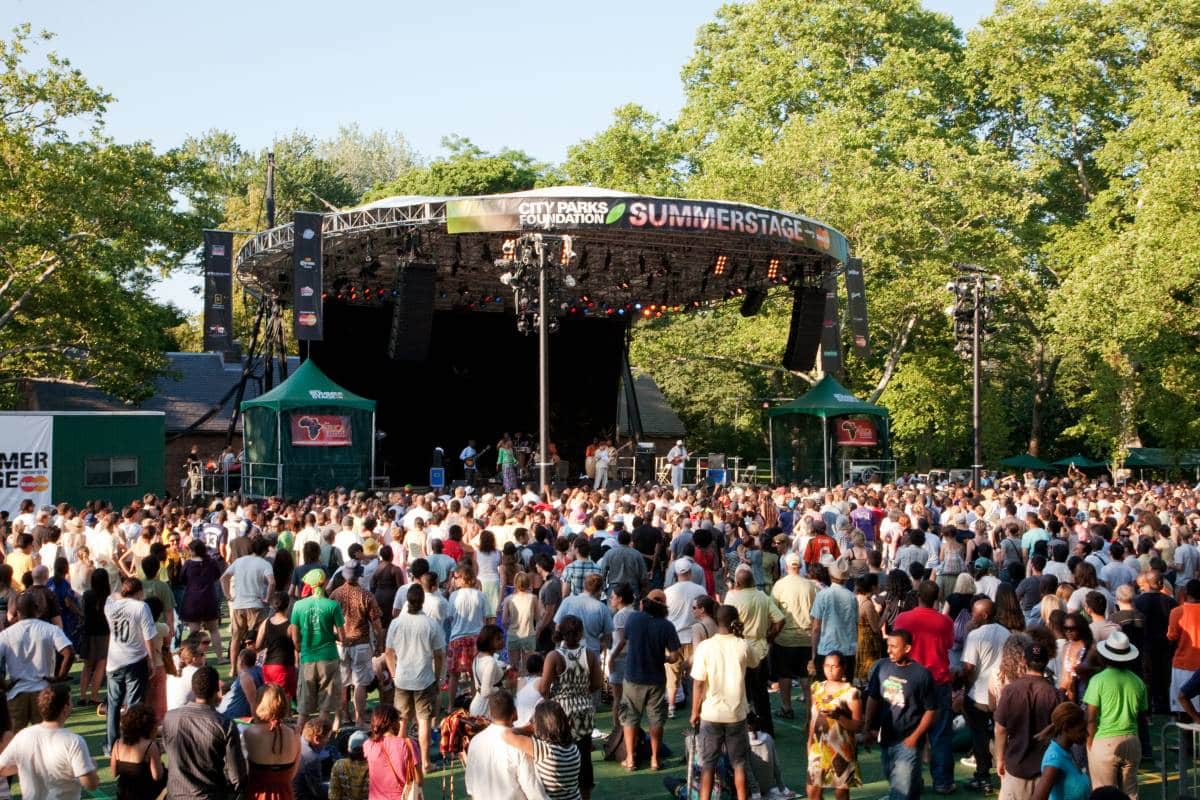 On this festival the people can find a wide range of genres, from the indie, hip hop until punk rock music.  The atmosphere’s festival is really cool, there you will find a lot of extra activities that you can do. So, this festival is a good option if you love to listen music outdoor.

This festival is perfect for lovers of classical cinema. The Bryant Park Summer Film Festival became the park in big and green cinema, where the people go to chill and watch classical films.  This festival is very famous and is one of the most popular summer activities in New York City. 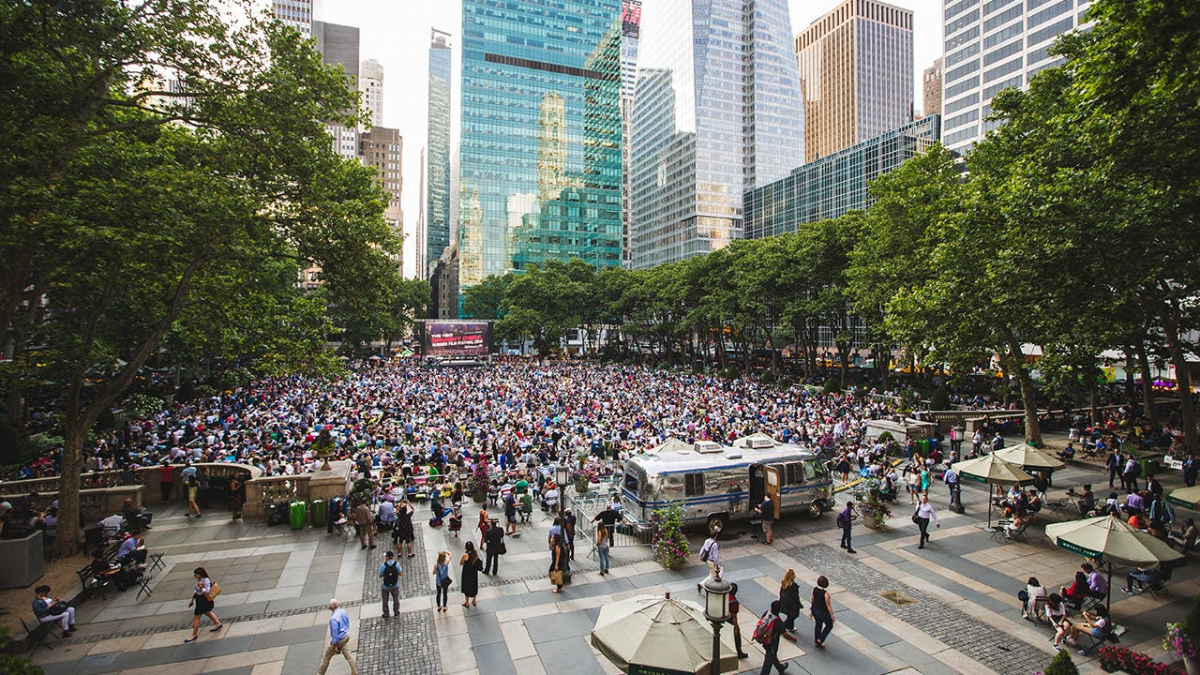 This festival is about having a great time, there is nothing better in summer than watching a film outdoors, feeling the wind and knowing that after the film you have so many more plans to do in the city that never sleeps. 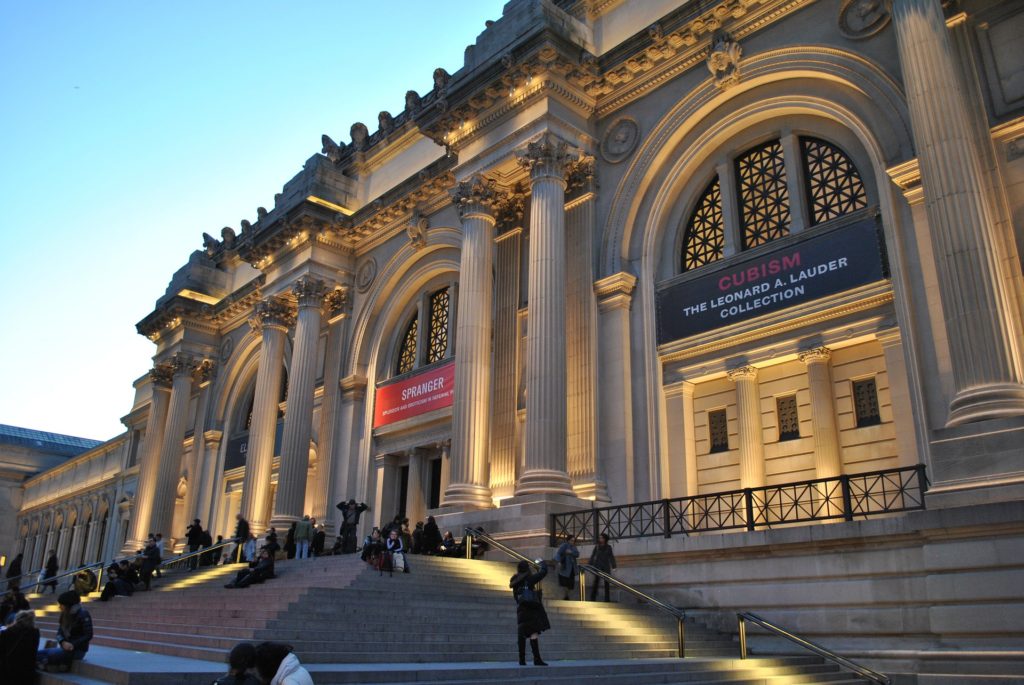 The Museum Mile Festival was an initiative that over the year has become in one of the most beloved festival in town. This festival wants to increase the museum audiences and for this all museums that are located at Fifth Avenue opens their doors, giving the chance for appreciate the art to hundreds of people in a free way. This activity that is held from 1978 is the perfect opportunity to visit with free admission some of the most famous New York’s museums.

The museums that participate in the festival are:

So, this festival is highly recommended. 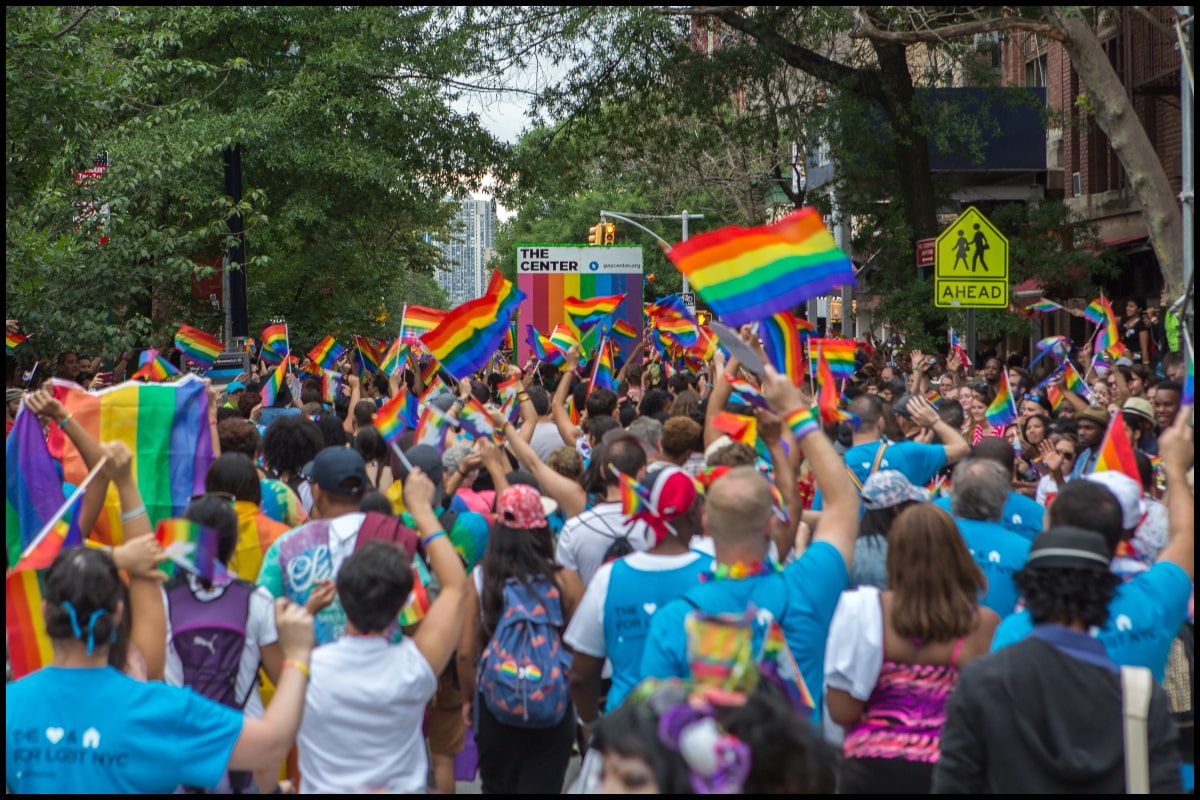 During the 17th to 24th of June in New York City takes place the NYC Pride Week. The city is full of activities that where the LGTB community organize a lot of events like some parades, rooftop parties, cosplay contest, concerts and much more.  Beside the people can go to conference about heritage, equal rights and pride.

This week is very fun, the events that are organize each year are of high quality and are to help to commemorate and celebrate our diverse community. 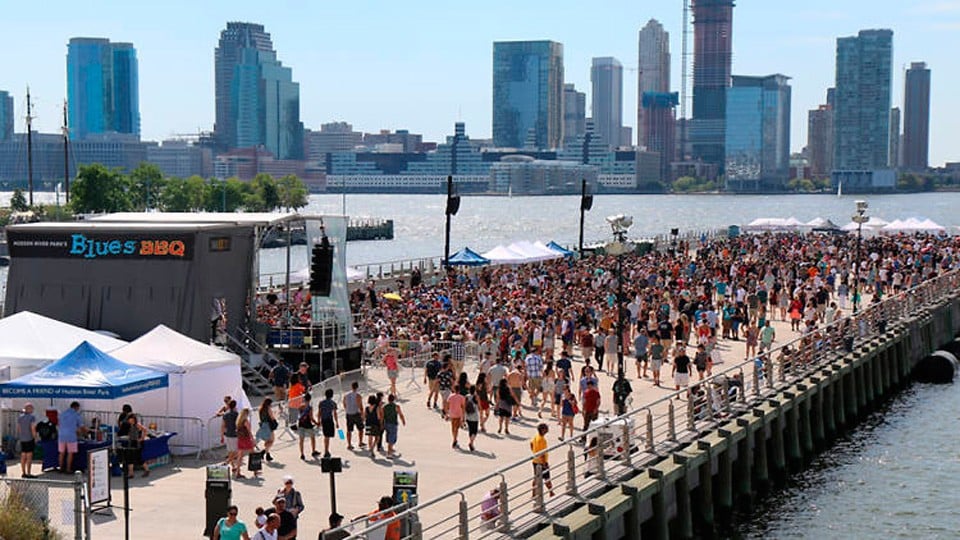 This annual festival is a celebration of blues and roots musicians. This particular festival that brings together the best blues bands with the traditional grilled meat restaurants or Barbecue. The festival will be held at Pier 97 in Clinton Cove, right on the Hudson River waterfront.

The Blues BBQ Festival is very cool and is one of the best ways to enjoy the summer in New York City.

From the blues we jump to punk. The Afropunk festival is an annual festival held in New York since 2003. Every year the festival has grown in strength and more and more people are going to see the live performances of the bands and attend the cultural gatherings that take place around the festival. 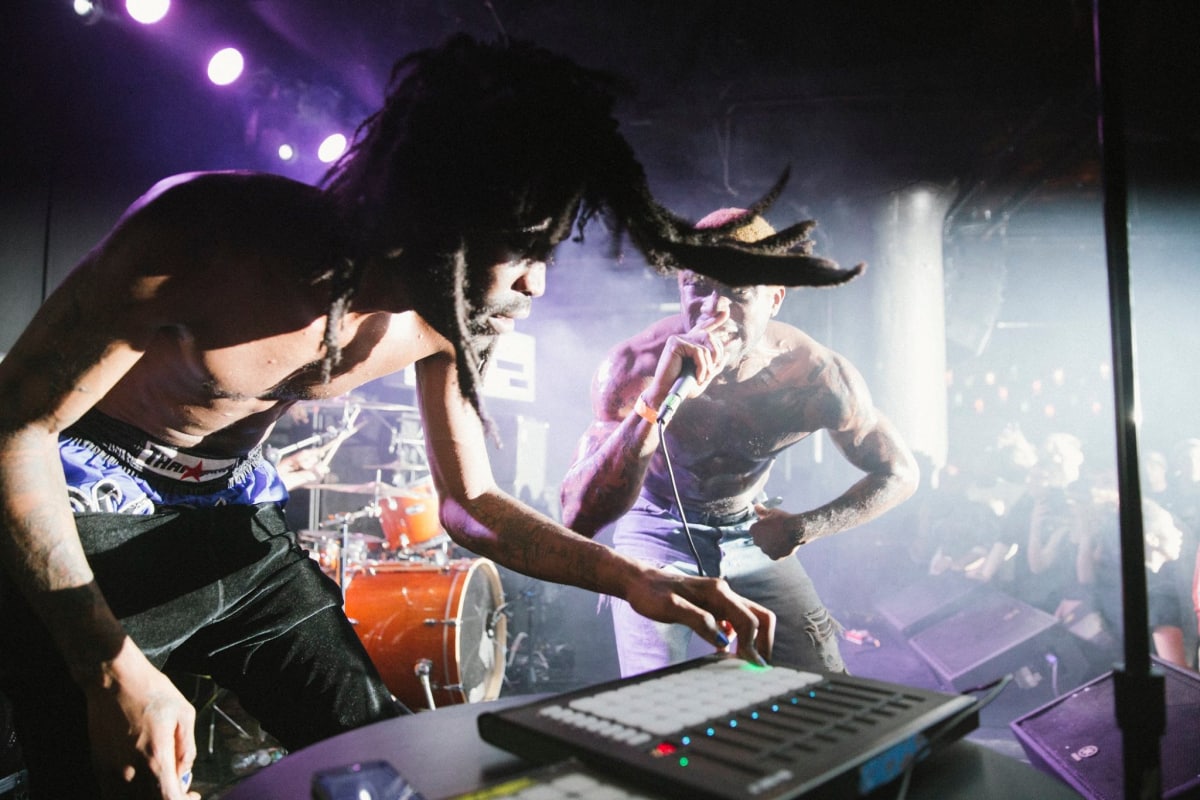 The idea of the festival is to showcase the contribution that African Americans have made to one of the most influential musical genres of the 20th century.  The festival is so famous that more than 60,000 people attend every year.

This festival is than important that important artists such as Lenny Kravitz, Danny Brown, Bad Brains, Sharon Jones are performed there. 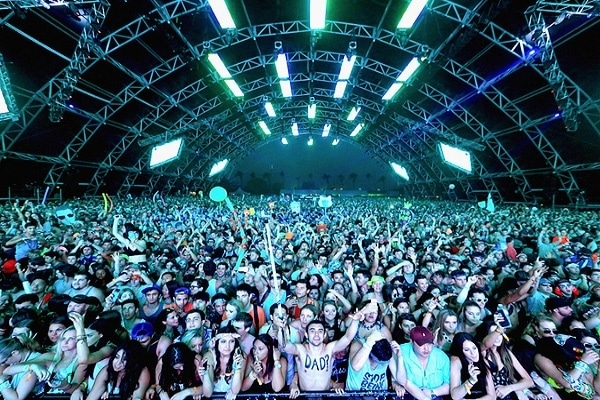 This festival is a multi-day music festival held on Randall’s Island in New York City and is amazing! It is a great event that has been taking place in the city and brings together the best musicians of today. It’s three days of pure fun where you’ll enjoy not only music but also activities like The Lab, an interactive experience that combines technology with art and design.

Another highlight of the festival is The Point, an outdoor venue where you can party with your friends while listening to the best DJ’s in New York.

If you are looking for a much quieter activity we recommend the NYC Poetry Festival. This festival has been gathering people from all over the world around poetry for 7 years. The purpose of this festival is for people to release the poet they carry within them and share their poetry, and also seeks to give a new environment to poetry in New York and not just stay in places like bars, bookstores or coffee shops. 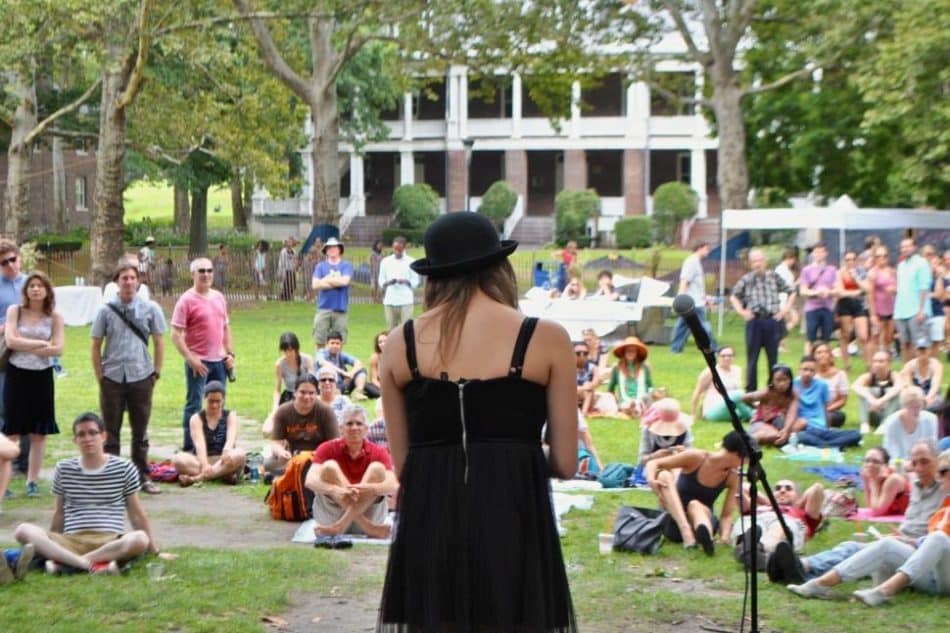 Every year the festival invites great writers, and writers such as Patricia Smith, Dorothea Lasky, Paul Muldoon and many more have participated in the festival. Two big thumbs up for this festival.