Fellas prepare your cameras because we are going to take a Street Art Tour by New York City, with this guide you will know by which places of the town to walk and move to get to know the best graffiti that has the Big Apple.

Before the start of the tour let’s talk about how began the Street Art in New York City.

In the late 70’s the city begins to experiment a lot of socio-cultural changes that little by little made this kind of art appear. The people started to use the street as a catalyst element, the walls became in protest canvas for express their feelings, and this manner a lot of new street artist appear along town and converted New York City in a grand exhibition of art.

The first tags invade the city, and this cultural phenomenon initiates the street art officially. Many artists started to put their tags on the walls and the Metro stations, and by this way, the fight against the established are in whole New York City.

For a moment the NYC authorities try to finish with the street art put barriers around Metro Stations, painted the city walls and cleaning the trains, but despite everything, all those actions aren’t enough because the street art never disappear, to the contrary, the graffiti was taking more power until became in that we know today, an artistic expression that gives life and color to New York City.

It is now thirty years from that the first graffiti was made in New York City, and here you will find the most representative places with the best graffities in town. Let’s go!

Little Italy Street Art is a project that was born to be great. At first the LISA Project emerged as something small that you could only see in the narrow alleys of Mulberry St., but the quality of the murals made people lend their walls to expand and has grown so much that they have reached SoHo, Lower Eastside, East Village and Chinatown. 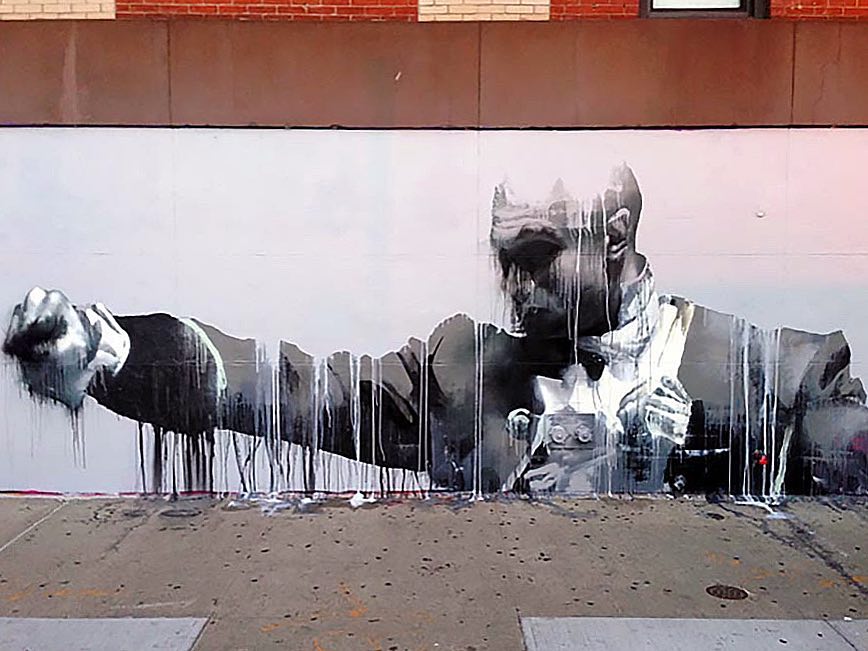 Thanks to this collective of artists, the streets of New York are now filled with street art that is worth seeing. This project has an artistic richness and many different styles of graffiti to see.

L.I.S.A. survives by the donations it receives, many people have given up the walls of their homes or businesses to collaborate with this wonderful project.

In this place there is a gigantic wall where you will always see big street art works on display, seriously the wall is huge, and this helps the artists create amazing murals. 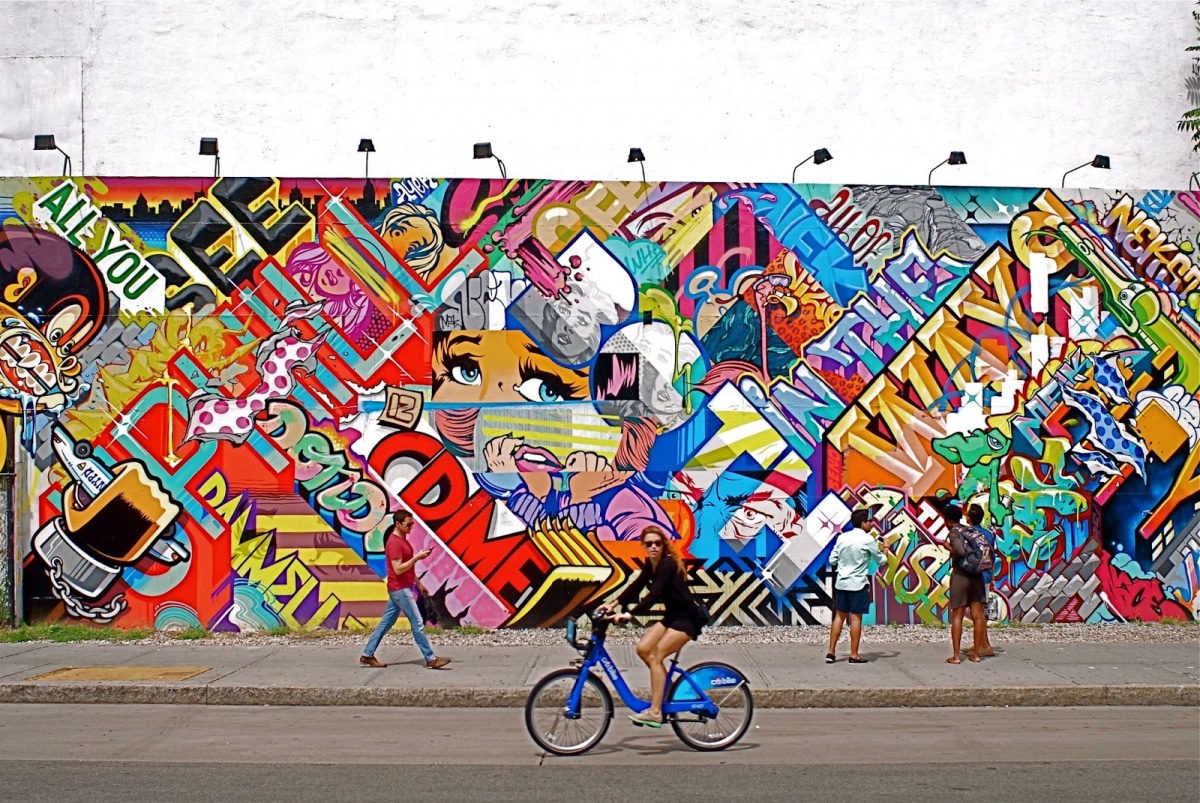 In the Bowery Mural graffiti changes constantly, this is great, first because space is always available for a new artist, second because it keeps the pure essence of graffiti that is its temporality in space and third because the viewer will always find something different to see.

If you love urban art you have to go to Bushwick, this Brooklyn neighborhood has hundreds of wonderful graffiti. Since 2005 several artists began to take over the walls of the houses and cellars of the area making it a surprising place. 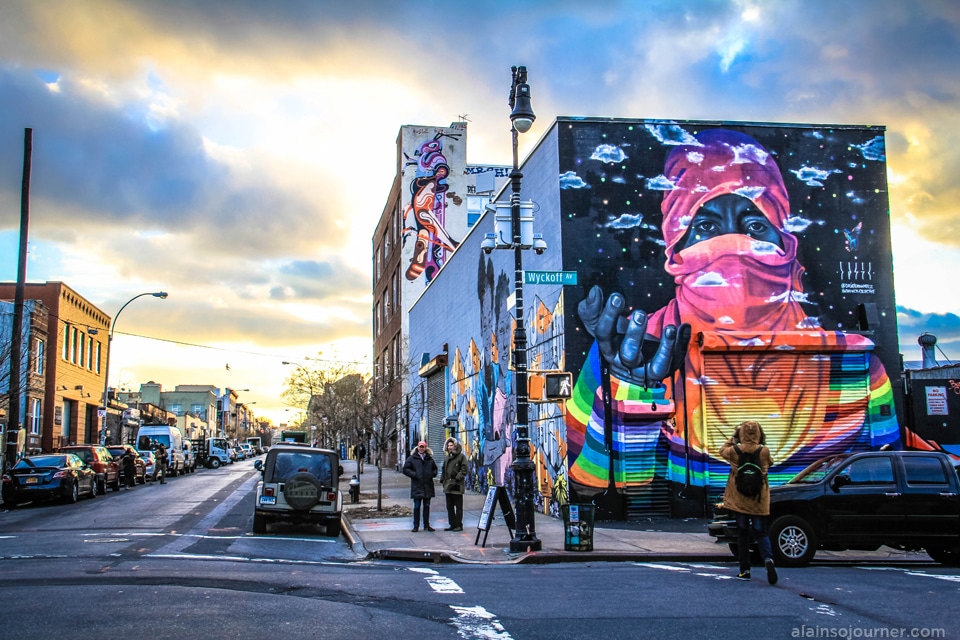 As the years passed, Bushwick became the capital of Street Art, so much so that several international artists went to paint its streets throughout the year. Although any day is a good day to go for a walk in this place we recommend that you do it on Saturday or Sunday. Why? Because these days the best restaurants in the area open earlier and in addition to seeing the urban art you can make a gastronomic tour.

They are a collective of artists who make murals of birds that are endangered by climate change. A great initiative, and we say this not only because of the help they are giving but also because of the great size of their works.

The Audubon’s murals are in various parts of the Upper Manhattan, all of which create a gallery where passers-by can see beautiful graffiti and also learn from the threat posed by every bird that is painted.

Touring uptown Manhattan to see this visually stunning project is one of the best plans you can make when you’re in New York. 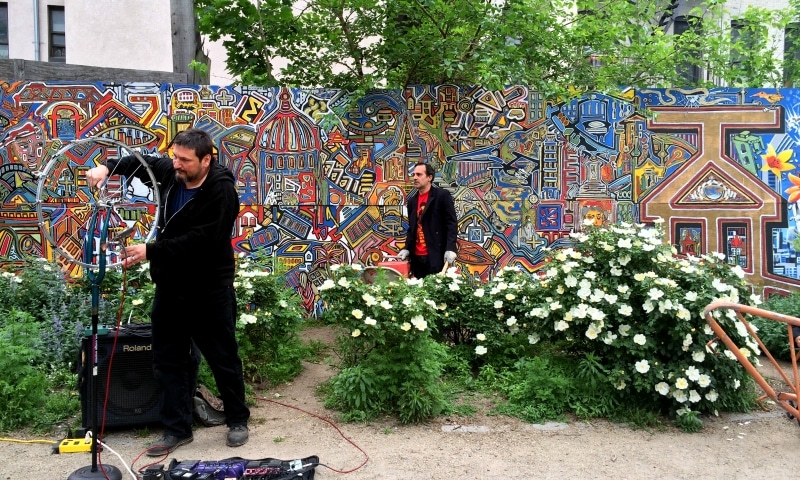 This park located at 33 East 1st Street is a small gallery where nature meets urban art. It is an open space for different artists to let their creativity fly.

The First Street Garden is also a great place for artists to meet and organize events that involve the community. It is a very beautiful area where you will lose track of time, it is an ideal place to enjoy art in the middle of the city. 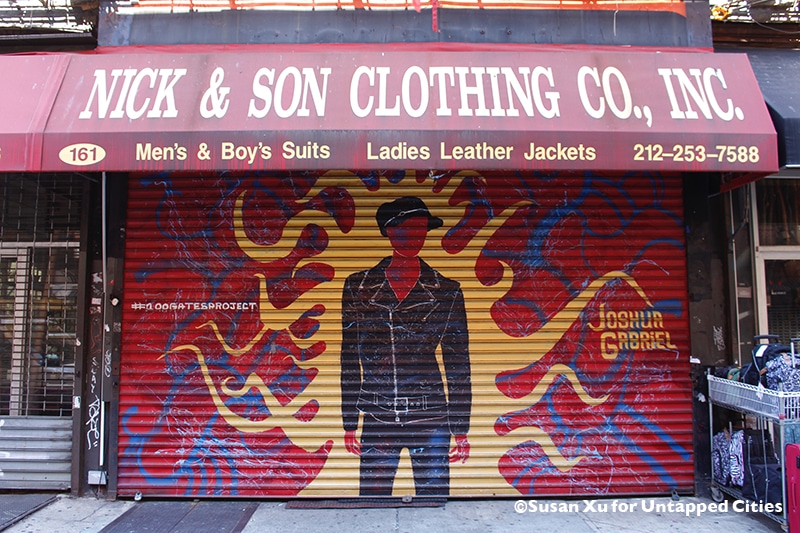 This project started in 2004 with the vision to connect the businesses with the street art by to give people a new urban landscape. Each mural is painting on different security gates, so when the store closed the gallery open. A lot of recognize artists have been collaborated with the project and had made the gates in beautiful plays. Most of the mural-gates are located at Lower East Side Manhattan, East Harlem and Staten Island. If you want to see the gates enter on next link -> goo.gl/CMcv3h there you will find a map with the mural location.