If you are looking to visit something new or not so common and that will surprise you then nothing better than to go to the little-known museums of New York City.

Usually people go to the best known places like MoMa, Times Square or Central Park but you can’t stay alone in those places, in the city there are dozens of little known spaces and all of them are amazing, they will fascinate you and give you a new perspective of the city.

So for you to discover a new face of the Big Apple, here’s a guide to the secret corners of New York City.

The Society of Illustrators

The Society of Illustrators is a non-profit organization founded in 1901 with the mission of promoting the art of illustration in the United States. Since that time notable artists such as Rube Wolberg, N.C. Wyeth and many more have been part of the society. 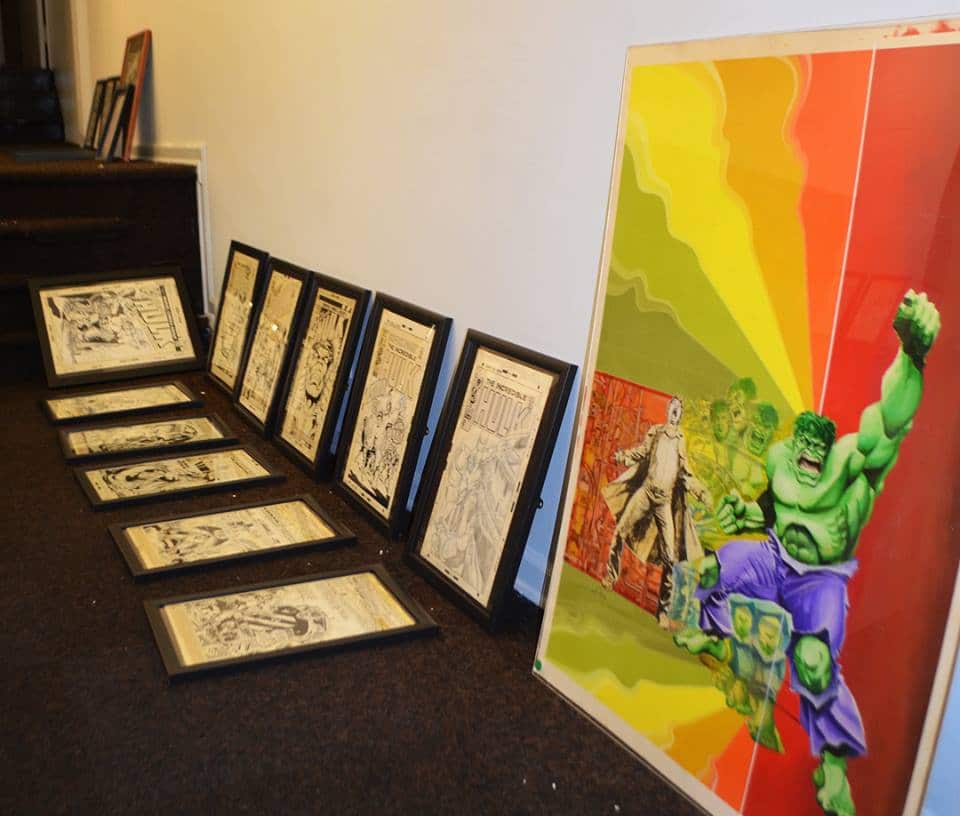 Over the years the society became famous, many people wanted to belong to the Society of Illustrators or at least to know it, so in 1981 they created the Museum of the Enlightenment, a really great place to learn about the works of famous illustrators.

Following their tradition of opening new artistic spaces for people, in 2012 they created the MoCCA Gallery, a place that is focused on comic and cartoon art.

That what was once a factory today is an art center. The Invisible Dog opened its doors in 2009 with the vision of becoming one of the most important cultural centers in New York City and has been doing so since then.

This cultural center has made an important cultural contribution in the Big Apple, giving space to thousands of artists to exhibit their works regardless of the focus, and that is that there you will have the opportunity to see exhibitions of contemporary painting, dance, visual art, literature, poetry, music performances, theater, photography and much more… Invisible Dog really fulfills its vision of being a cultural center. 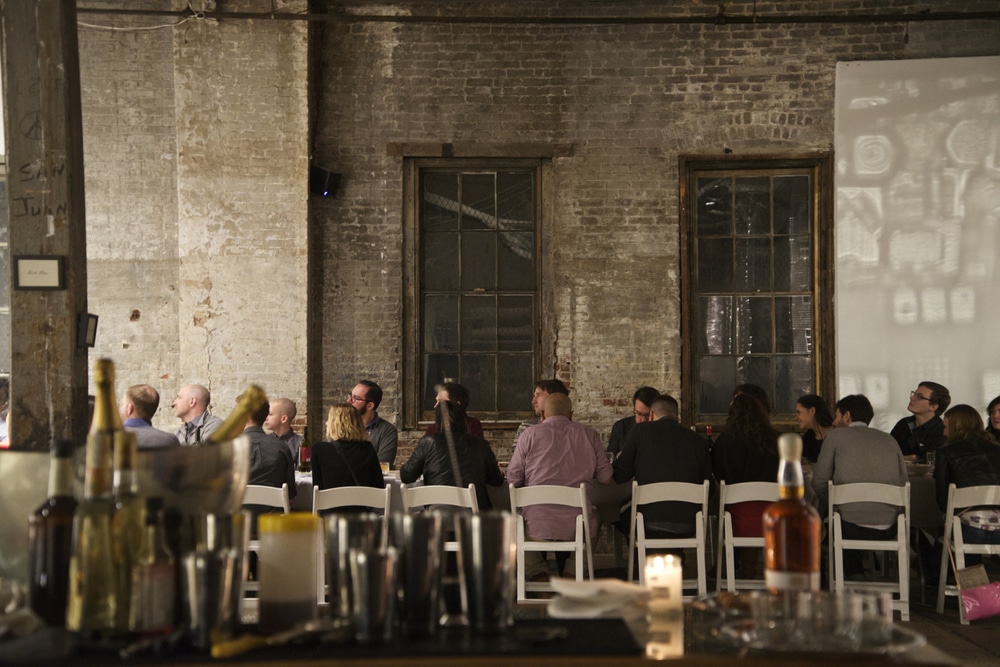 A place that will leave you fascinated, do not hesitate to go to know it is really great to go there, it has an atmosphere that surrounds you and makes you feel different, and it looks like an oasis in the middle of the desert.  The gallery is open almost every day except Tuesday and Wednesday and is located in the East River.  We share their website http://theinvisibledog.org/ and you can learn more about Invisible Dog.

The Cathedral of St. John the Divine and the Fountain of Peace

Perhaps you may not find it boring to go and photograph a fountain, but believe us, it is not so, you know why, because this place is simply spectacular, it is not only the fountain but everything that surrounds it, its garden that looks like a film, its bronze sculptures that represent the struggle between good and evil, the colossal statue of the fountain and of course the Cathedral of St. John the Divine.

The divine Cathedral of San Juan is an architectural jewel, an imposing place that at first sight will leave you with your mouth open. It was built in 1985 its style is neo gothic and has hundreds of details that are worth to be photographed, it is a very beautiful place, perfect for lovers of the gothic. 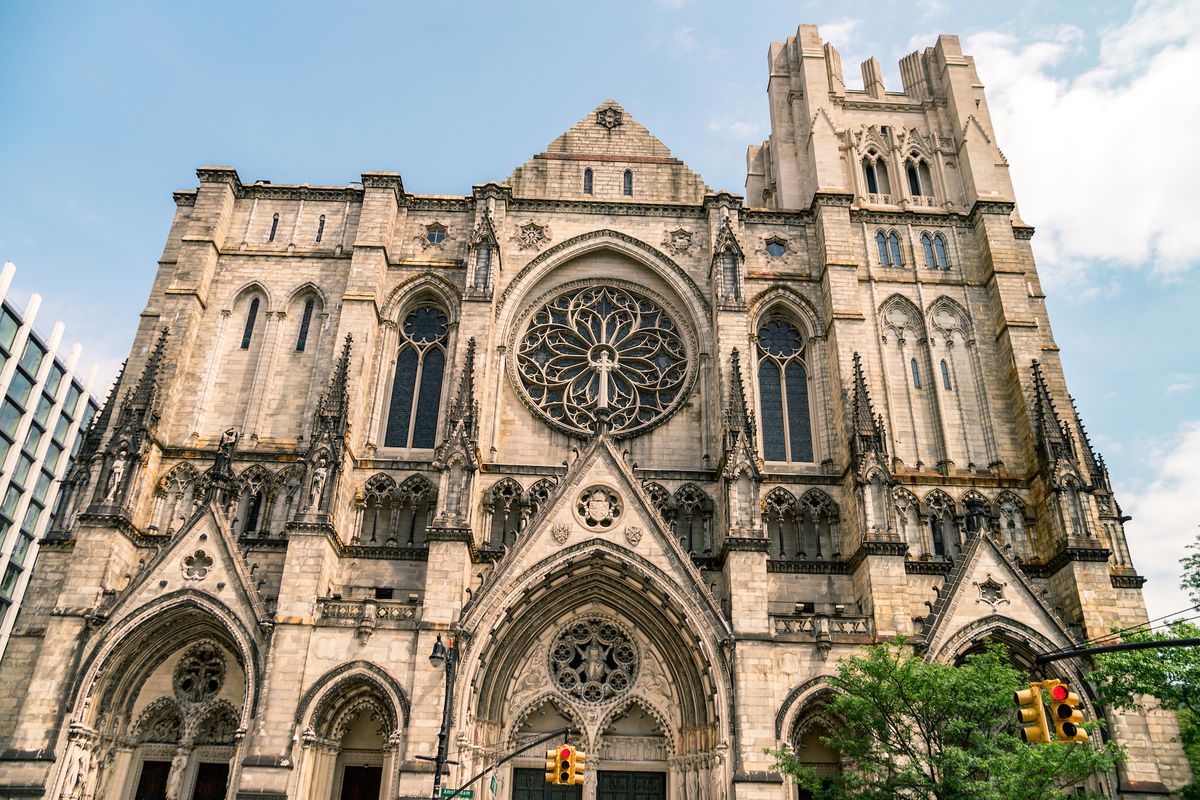 The Fountain of Peace is a representation of the duality to which the human being is exposed day by day, one of the most striking sculptures of the fountain is the statue of the Archangel Gabriel who is embracing nine giraffes after defeating Satan.

Without a doubt you have to visit the Cathedral and the Fountain of Peace, they are two surprising places, very special and different from what many people are used to seeing.  The Cathedral and fountain are located on Amsterdam Avenue between West 110th Street and 113th Street in Manhattan’s Morningside Heights.

A cinema that will offer you a totally immersive experience and that is that in this place it doesn’t seem to be enough to project the film but they condition the cinema, its menu and its drinks depending on the film, and also sometimes they have guests who will answer some questions to the terminal the film.

Nitehawk Cinema also has a large collection of films in 35mm format and over the years has become one of the best attractions that can be found in New York City. 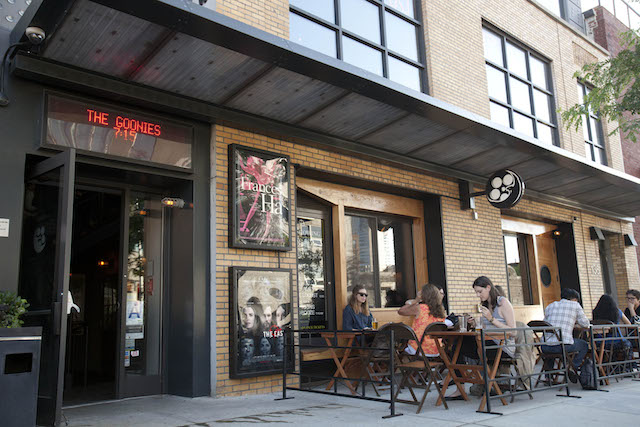 Going to this place is incredible, it is worth visiting and letting yourself be carried away by the atmosphere of the place, we are sure you will love it. As a recommendation we suggest you buy your tickets in advance because as we told you its popularity has been growing so sometimes it can be a little complicated to buy a ticket.

Well, if the point is that you want to go shopping, then L Vintage Train is a highly recommended store where you can go and spend some money. 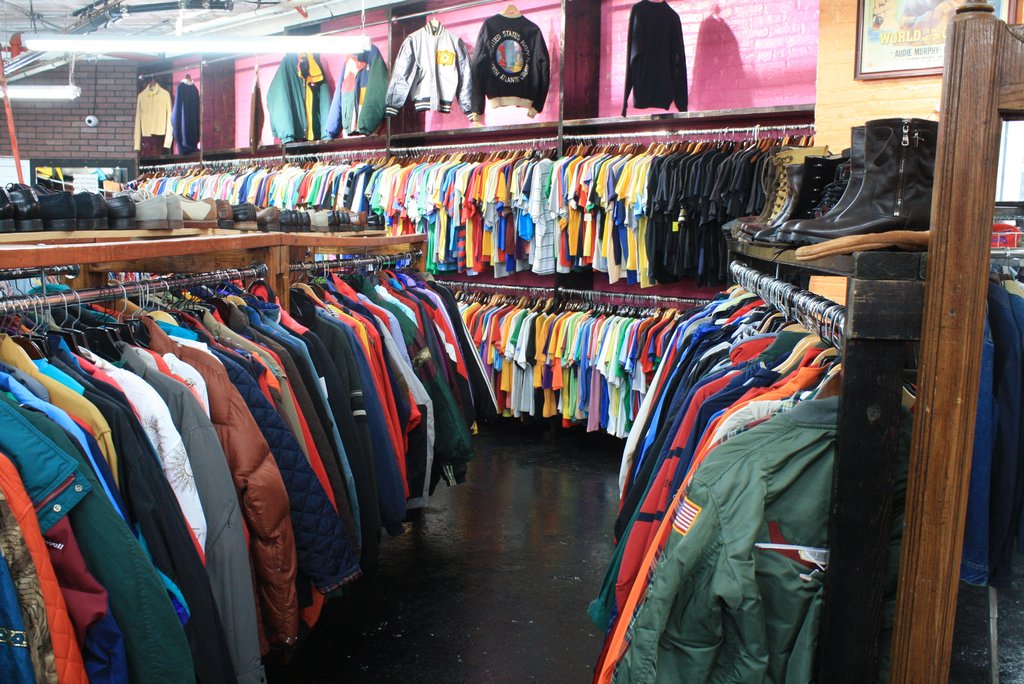 Their focus is on selling vintage clothes for everyday use, where you can buy clothes that were fashionable in previous decades and that today would look great. The store is very well organized, this makes finding something you like easy, its prices are spectacular in L Vintage Train you can find clothes very cheap and in perfect condition.

L Vintage Train already has several branches in New York, you can find out which one is closest to you by going to their website -> ltrainvintage.com/