Most people think of Wall Street, skyscrapers, big companies and people dressed in suits walking through the streets, but beyond this image, in this neighborhood of New York there are also narrow streets, much quieter where it seems that time has not passed.

Between those small streets of Manhattan there is a place that will surprise you a lot, this place is a beautiful street, full of restaurants, bars and Coffee shops, places where you can spend an incredible afternoon in the wonderful Big Apple.

A bit of history

Before being called Stone Street, the first name of this street was Hoogh Street, named after the Dutch who settled in the Big Apple when the city was still known as New Amsterdam, long before it was sold to the English and changed its name to New York.

In 1655, all the inhabitants of New Amsterdam were tired of the city being dirty, there was little hygiene in the city, so they asked to build a street that would look clean, beautiful and modern for the time, then one of the first cobblestone streets in the United States was built in New York.

In 1794 the city belonged to the English and one of the first things they did with the city was to change the name of many streets, among those streets was Stone Street, they gave this name to the street by its cobblestone. 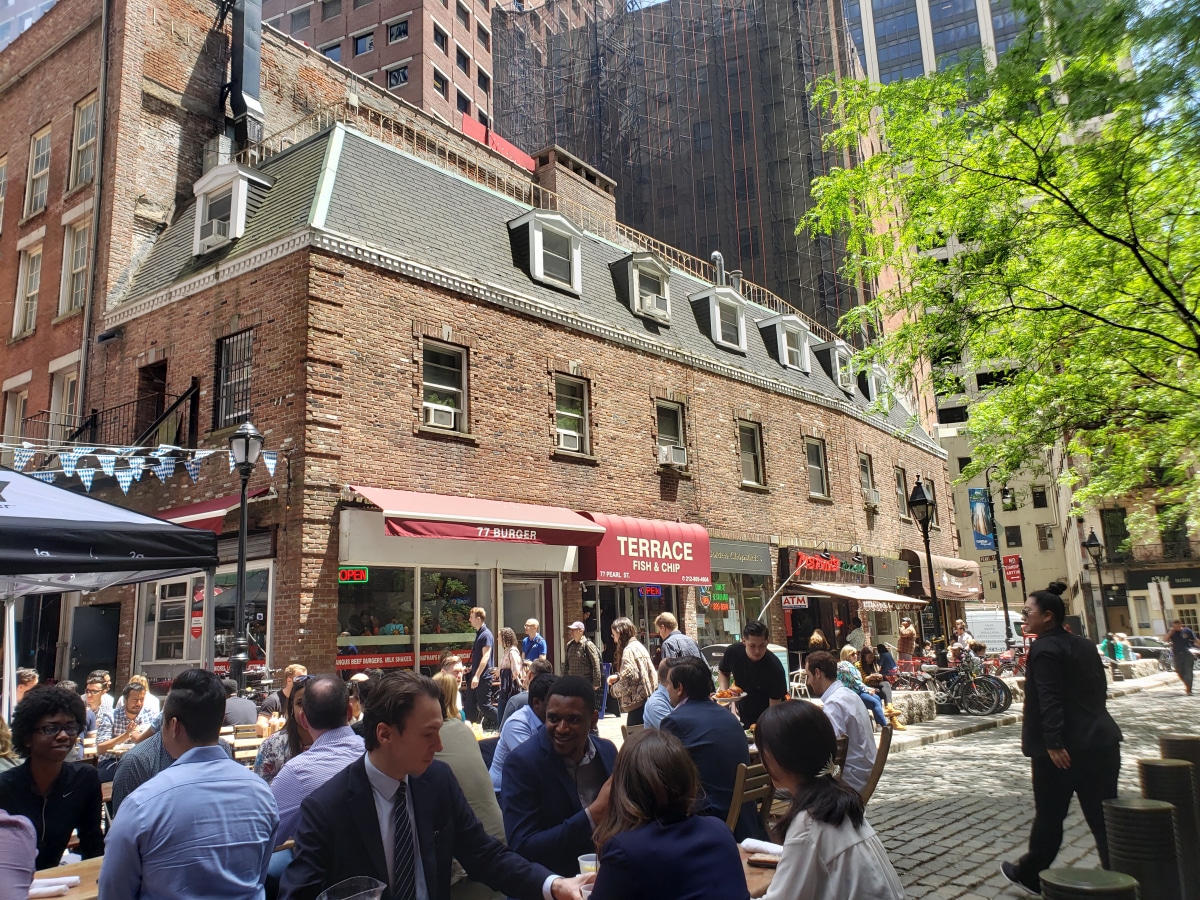 There was a time when New York City suffered many fires, one of the best-known fires was the Great Fire of 1835 which destroyed part of Stone Street. After the event and several years, Stone Street was rebuilt, without losing its essence of cobblestone street, there were built new buildings and houses, thus Stone Street would come back to life.

Would undergo a great transformation again, in the 70’s Goldman Sachs would build its main offices in Broad Street, this made Stone Street be divided in two and would be forgotten by many people, the street would lose its essence of being a colonial place to become a part of Financial District.

Another event that affected Stone Street in the 70’s was the construction of the Twin Towers, since Stone Street would be forgotten, people would stop walking down that street in the city, it would be abandoned and would become a place where crimes were committed.

More than 20 years passed and in the 90’s New York City would have a historical transformation, a new renaissance, in which the city rescued much of its historical places and one of those places it managed to recover was the mythical Stone Street.

Since the 90’s was again a street full of life where you can go for a beer, have lunch in one of its restaurants, walk on its cobblestone while you appreciate the beautiful brick buildings, an incredible place to visit in New York. 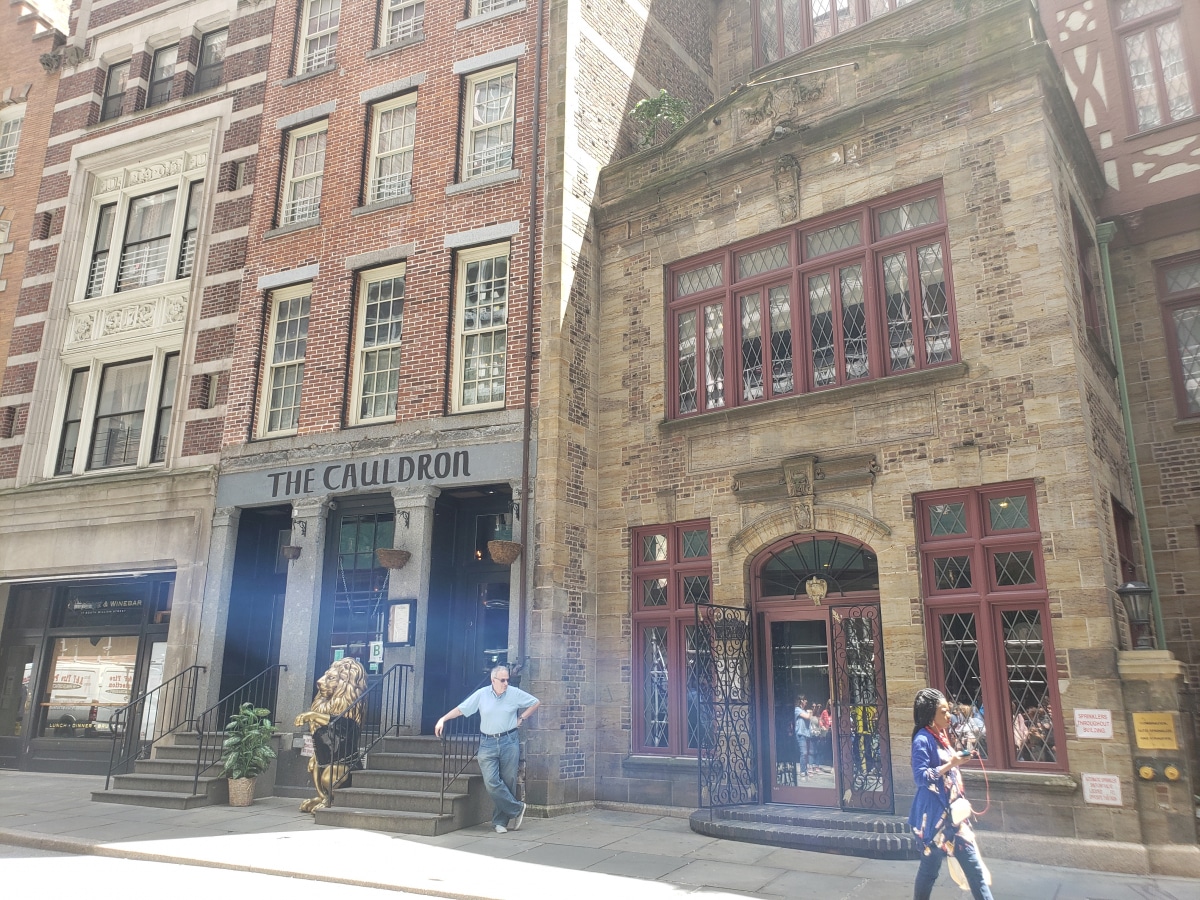 Houses have an old, colonial look, built in brick, the street is paved and there can only pass pedestrians, it is forbidden the passage of any motor vehicle. It is located very close to Wall Street and is very different from Wall Street, you will find a quiet place, where you can walk without haste, where there are no big offices and where there is no hustle and bustle, it is incredible to think that today there is still a street like Stone Street in New York.

Why Stone Street is famous

In addition to being a beautiful street, is famous in New York because it is the first paved street in the city. On the other hand, it is well known for its wide variety of bars and restaurants, all of which are highly recommended. Is famous because it is a unique place in New York, different from everything you see in the Big Apple, a street that has survived in time and reminds you of the early years of the Big Apple.

During spring and summer are the seasons when it is most visited, businesses take the tables outside and people sit there for the day. In the winter season, the streets seem to have come out of a Christmas story, looks beautiful with snow, and for this season of the year the restaurants and bars on the street become a perfect refuge to escape the cold.