PLACES IN NEW YORK WHERE THE JOKER WAS FILMED

Home/Blog/PLACES IN NEW YORK WHERE THE JOKER WAS FILMED

The stages where The Joker was filmed in New York will undoubtedly become new attractions in the Big Apple. Below, we share the real locations where this great movie was filmed.

Staircase in The Joker

The stairs that appear in the great movie The Joker soon became one of the most stupendous attractions in New York, after the movie, everyone wants to take a picture on the stairs where first passes a defeated Arthur, and then returns as “Joker” and dances.

The stairs of the Joker are located in The Bronx, one of the most iconic places in the film, where Arthur seems to be in his own world, showing his best dance steps, where you see a very happy Arthur, who doesn’t even realize that police officers are watching him and preparing to interrogate him for being suspected of the triple murder of the subway. 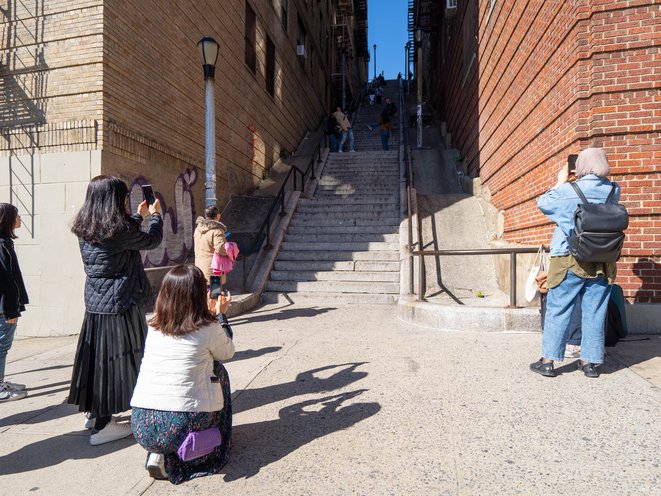 There is no doubt that the stairs of the Joker will become one of the most visited tourist attractions in New York by lovers of comics and cinema. If you’re touring New York and want to take a picture of yourself on the stairs that appeared in the movie The Joker, you’ll have to head to the Highbridge neighborhood in the Bronx, between 167th St. and Shakespeare Avenue.

Highbridge is a neighborhood located in the southern part of the Bronx, is a safe place to travel during the day, but at night it is advisable not to spend alone if you do not know the area. But for tourist reasons, usually the ideal photo would be early or at dusk, time in which this area is quite busy, and it is safe to be and have a good time remembering one of the most epic scenes of the film The Joker.

Many striking scenes of the “Joker” happen at the Gotham metro station. The film production used locations such as 18th Avenue (IND Culver Line, Brooklyn), Bedford Park Boulevard (Bronx) station, and an abandoned area of 9th Avenue subway station to set those scenes where we can see the city slowly falling.

Even in the film The Joker we can see that there are several sequences in public transport, which even led some network users to write comments such as: “public transport drove Arthur Fleck to madness”. 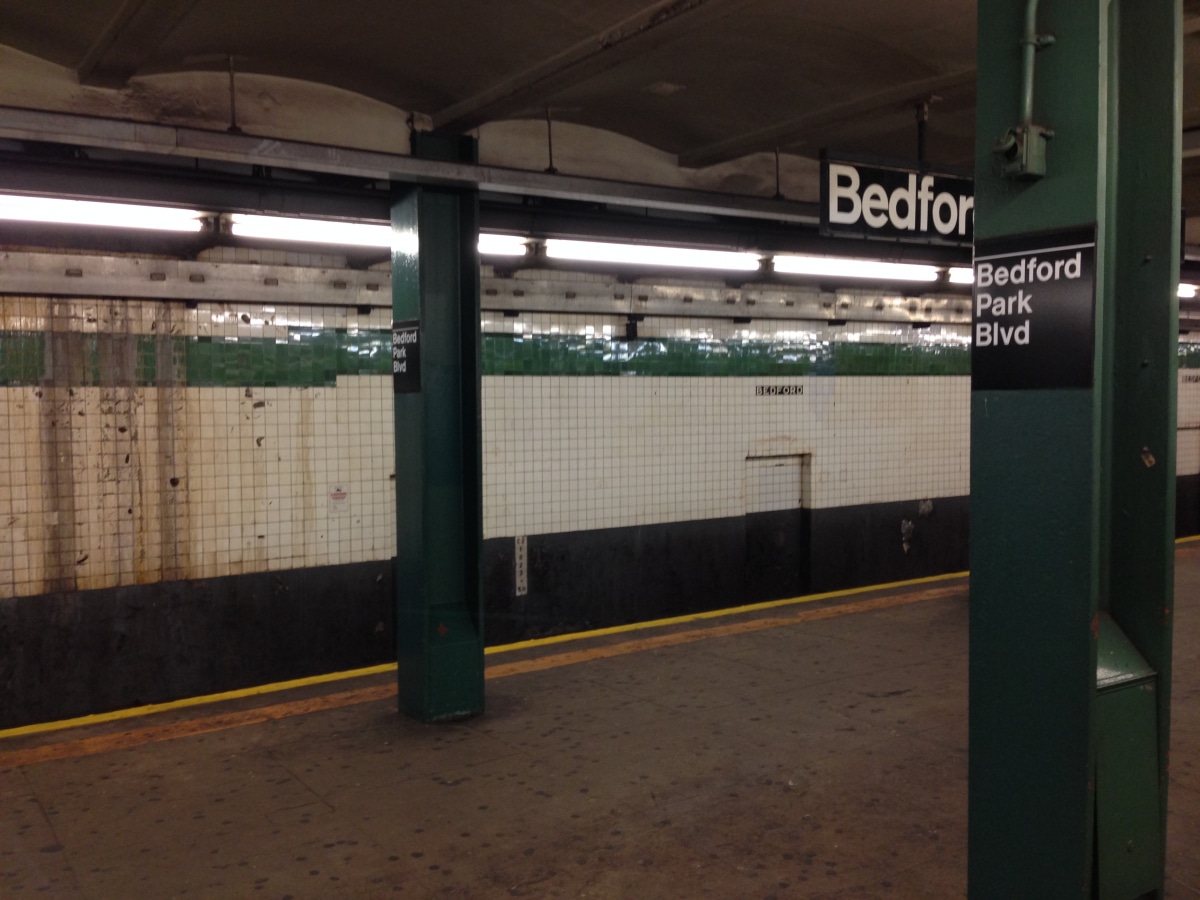 The Gotham subway (New York Subway) is a key location in several scenes, one of the most striking scenes of the film was filmed at Bedford Park Boulevard station in the northern Bronx in New York. Everyone knows that one of the places in New York most used to film is the subway, so the production team of The Joker made some changes in the city’s subway, one of those changes was to write directions on trains like “To old Gotham“.

Another great scene from the film, where we see Arthur traveling in the New York subway, all painted with graffiti, was also filmed in Bedford Park Boulevard station, which has not been used since 1975. This station also appeared in the 1986 film Crocodile Dundee.

The movie The Joker has hundreds of extraordinary scenes, very difficult to forget, one of those scenes is when Arthur goes on the bus, where he tries to entertain a child with gestures, but he cannot do it and contrary to what he expected, that moment on the bus becomes a very uncomfortable moment for the protagonist The Joker. 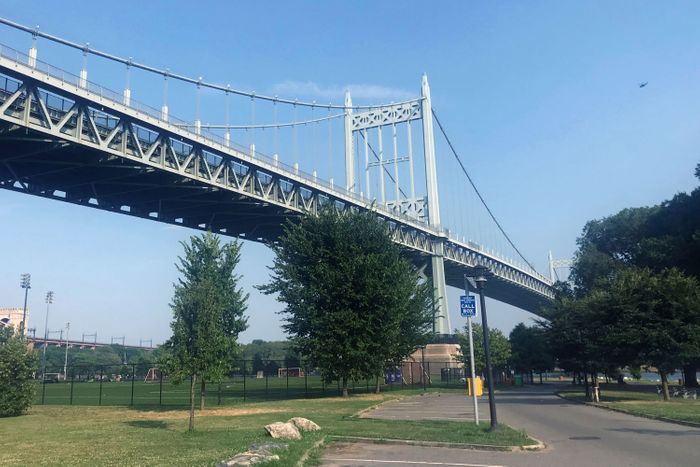 This scene was filmed on the Robert F. Kennedy Bridge, where this epic scene from the film took place. This bridge is an old bridge built in the 30s, on the other hand, the scene bus is an old bus from the 60s.

Place where the Joker works

Another unforgettable scene of The Joker is when Arthur, disguised as a clown, is working and is attacked by a group of young people who steal the sign he was wearing, is in this scene where we can see the old Paramount Theater, a theater that was once one of the most famous theaters in New York. Today in the theater functions as a store. 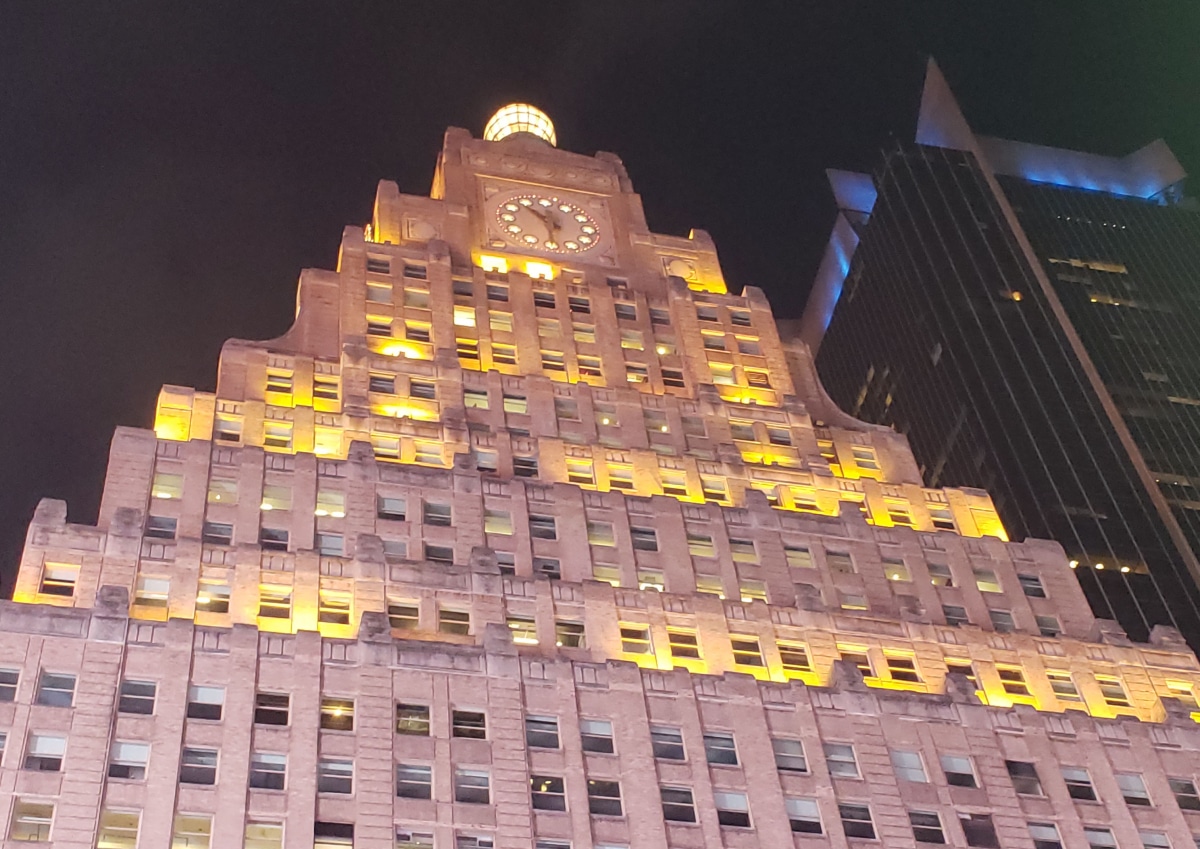 In this theater there are some giant letters that say Newark, next to the theater you will see a small furniture store. These two places that appear in The Joker are located right on 197 County Street in Newark. The Paramount Theater opened its doors in 1886, eventually it underwent some remodeling, until in 1986 it ceased to function as a theater.

In the movie The Joker you can see Wayne Hall, owned by billionaire Thomas Wayne, the owner of Gotham City. The building that served as the façade of the imposing Wayne Hall is the Hudson County Superior Court, which is located at 576 County Road in New Jersey, this building also appeared in the Law & Order series. 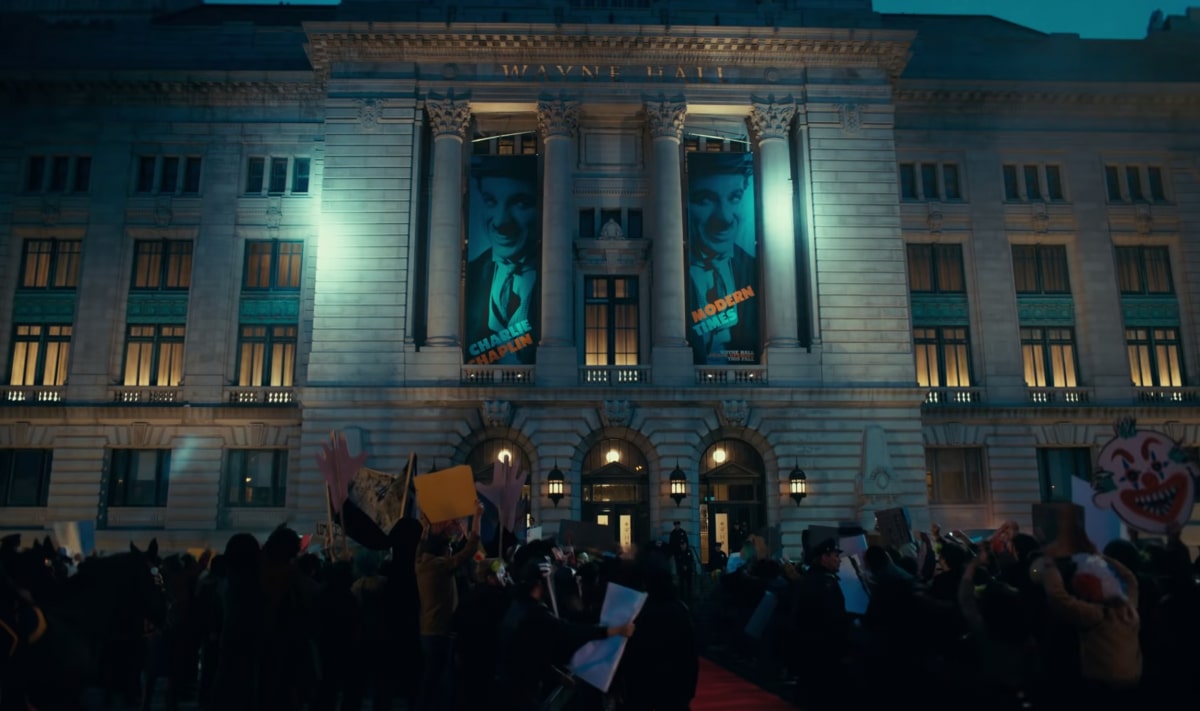 This building served as the facade for Wayne Hall in the film, in the scene where you see a group of people, all wearing clown masks protesting, the film that is being shown at that time of the protest of Charles Chaplin’s Modern Times. 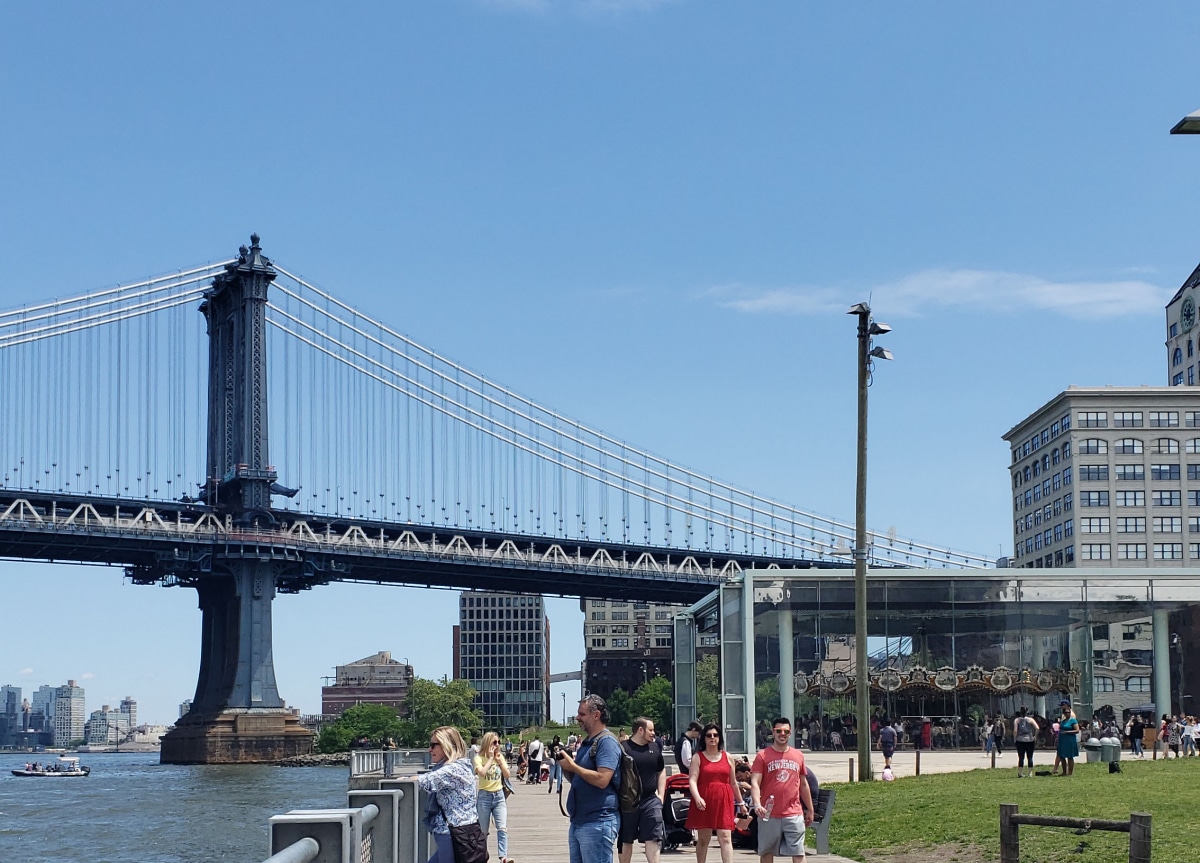 And to finish this blog of the New York places that appear in The Joker, it’s time to mention the Manhattan Bridge, place where we see Arthur running under this bridge disguised as a clown, this happens in The Archway, DUMBO, Brooklyn.