ONE DAY IN PHILADELPHIA

If you are exploring New York then you can’t miss the great opportunity to visit Philadelphia, an amazing city just two hours from the Big Apple. Known as the City of Fraternal Love, Philadelphia is one of the most charming destinations you can visit, its important role in U.S. history has turned it into something like a historical paradise full of iconic places that have managed to preserve their essence over time.

So to encourage you to escape all day to Philadelphia and tour this fantastic city we share a complete guide of what you can do in Philadelphia in one day. 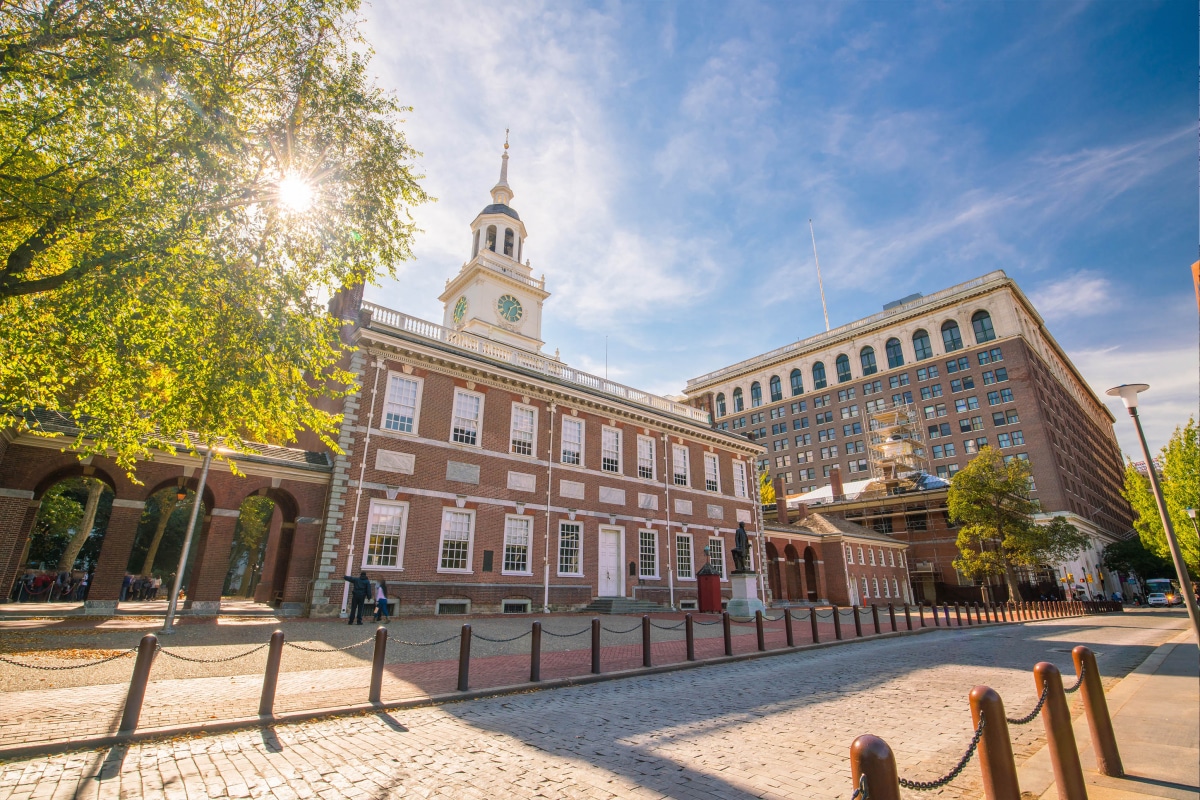 Inside Independence Hall you can find a copy of the Declaration of independence, you can access the building and walk around it, to do so is to be in the morning hours to visit it and in the afternoon is impossible to achieve. This building was declared World Heritage in 1979 by UNESCO and its bell tower was the place where the Liberty Bell was originally.

A final fact about this magnificent building is that the Independence Hall appears on the back of the $100-dollar bill, the most valuable bill in circulation in the United States since 1969, thus reaffirming the historical importance of this construction.

Read: The 10 most incredible neighborhoods in philadelphia

This is another of the most important symbols of the United States, an icon of independence and abolition. The abolition of slavery is also a worldwide benchmark of freedom. Liberty Bell began its role in history when July 8, 1776 was used to summon citizens to read the Declaration of Independence. 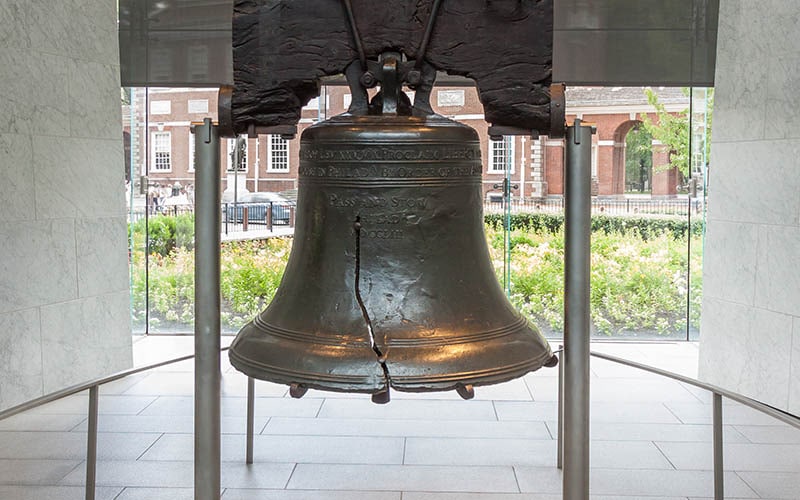 In your tour to Philadelphia you can visit the Liberty Bell located in the center of the city, before knowing the bell you will see a catwalk with objects that tell the story of American independence, which will help you understand the context and importance of the Liberty Bell.

This symbol of freedom has an inscription, a fragment of that inscription declares, “Proclaim LIBERTY Throughout all the Land unto all the Inhabitants Thereof”, another curious fact is that the bell cracked the first time it was struck. You definitely can’t fail to include a visit to the Liberty Bell on your Philadelphia tour.

Considered one of the most beautiful boulevards in the world, Benjamin Franklin Parkway is another destination to visit on your trip to Philadelphia. To visit this place is surprising, it is known as the artistic mile because the most important institutions of the City of Fraternal Love remain in its surroundings. 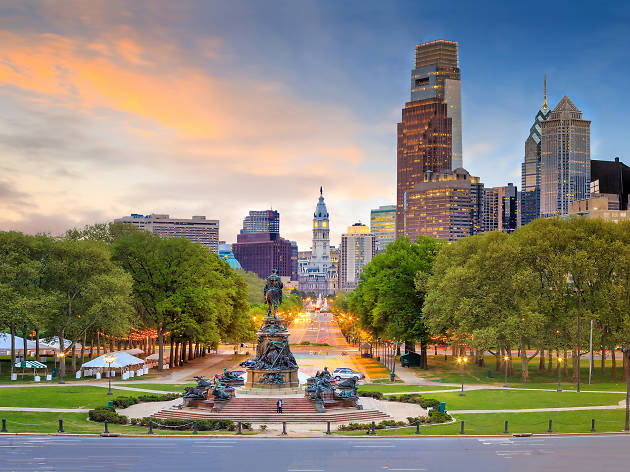 In addition to the institutions, this boulevard initiated a new vision of urban design in the United States since its construction welcomed the concept of The Beautiful City throughout the country, integrating green spaces and public art with urban development. So we recommend that you make room for this great boulevard in your list of places to visit in Philadelphia.

The Rocky Steps and the Philadelphia Museum of Art

Continuing with the tour of emblematic places of the City of Fraternal Love cannot be left out the Rocky Steps and the Philadelphia Museum of Art. Going to these two places is a must, first you can recreate one of the most famous scenes of cinema following in the footsteps of Rocky, the most legendary boxer on the big screen, second, visit the Philadelphia Museum of Art, a must-see attraction. 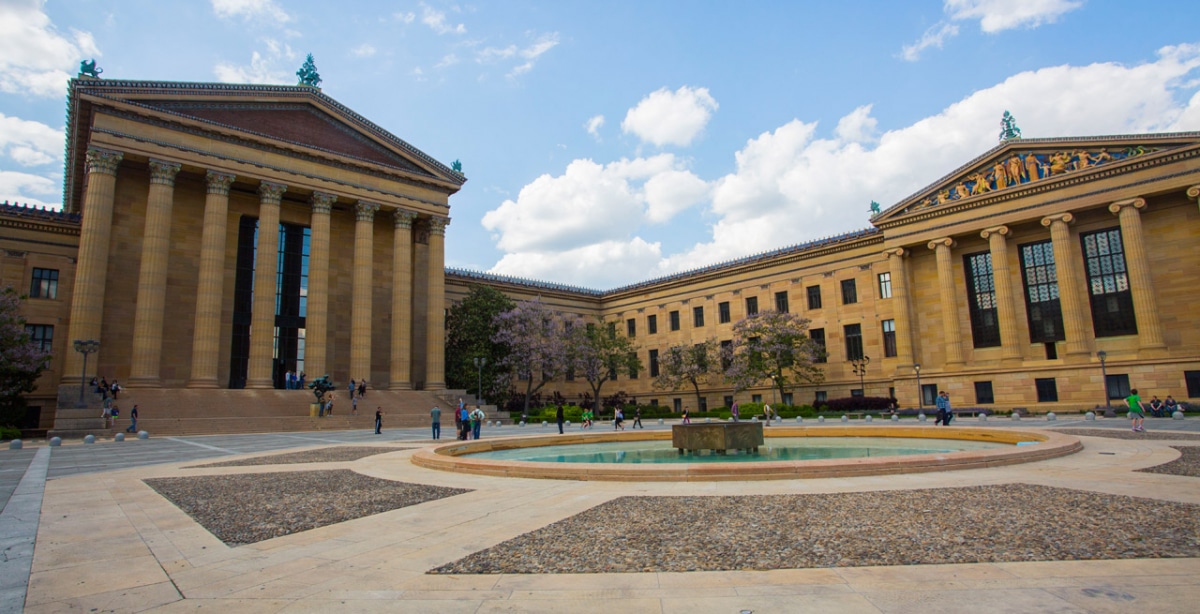 Before starting your tour to the museum, next to the stairs you will find the statue of Rocky Balboa raising his arms as a sign of victory, so take a picture with him before starting the ascent of the 72 stairs that take you to the top and are popularly known as the Rocky Steps.

At the top you will see one of the largest museums in the United States, the Philadelphia Museum of Art, home to important art collections and where you’ll see works like The Large Bathers by Cezanne. Be sure to visit this museum, which is open Tuesday, Thursday, Saturday and Sunday from 10am to 5pm, Wednesday and Friday from 10am to 8.45pm. 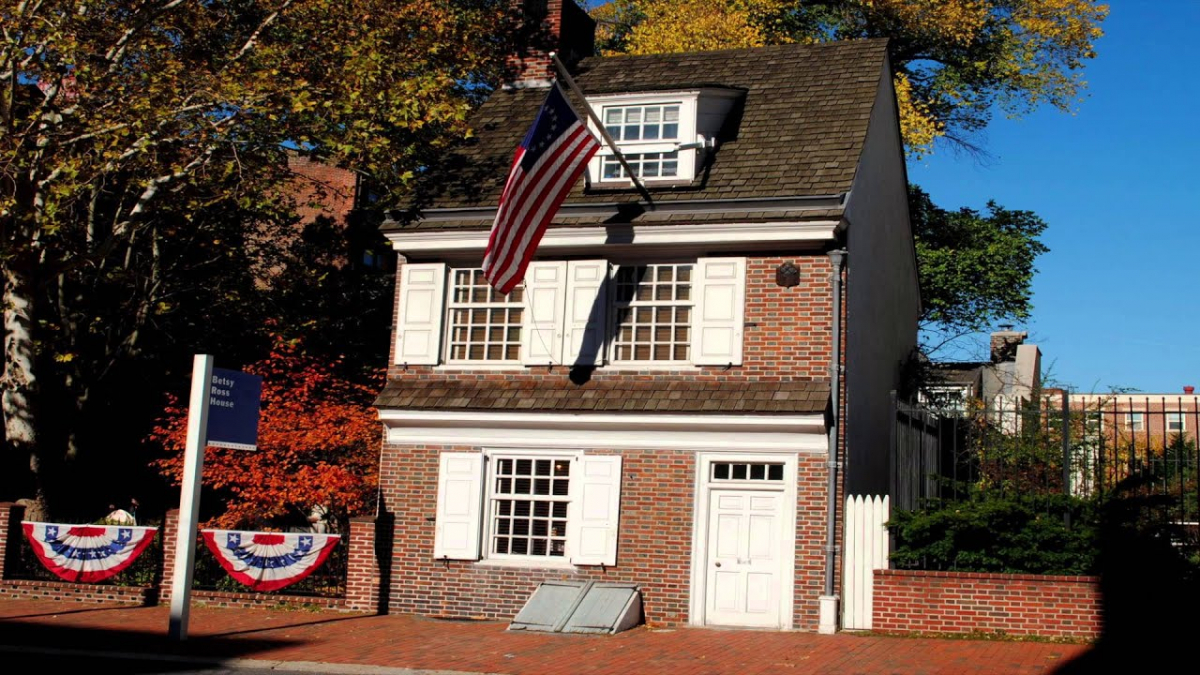 Inside the house-museum you can buy different souvenirs and even a copy of the U.S. Constitution, as well as enter the room where the first U.S. flag was sewn. The house is very well preserved, a very nice place where you can breathe the history of the United States, so if this place is perfect to finish your tour of Philadelphia in 1 day.

The best way to get to Philadelphia from New York is to embark on a tour that will take you to the places we mentioned and others, so if you have the opportunity to visit the City of Fraternal Love do not hesitate to do so.  If you want to know more about the Philadelphia Tour we share the following link where you will find all the information you need -> www.takenewyorktours.com/new-york/philadelphia-amish-day-trip