HOW TO CELEBRATE ST. PATRICK’S DAY IN NEW YORK

One of New York’s most important festivities is soon to be celebrated, and there is no doubt that Saint Patrick Day is a big party that gets the attention of locals and tourists in March.

Every year the Big Apple is prepared weeks before the big party, restaurants, bars, pubs, stores and many other places in the city are gradually becoming in tune with St. Patrick’s Day, then you begin to see how the green color and clovers are taking the city.

That’s why if your tour of New York coincides with spectacular St. Patrick’s Day then you should take a look at these plans that we share with you below, so you know the different options you will have to have the most fun next March 17 in New York City.

Visit Queens and its Irish community

As we told you at the beginning, the city is getting ready days before celebrating St. Patrick’s Day, a sample of which are the parties held in the district of Queens before March 17. This area of the Big Apple is home to New York’s largest Irish community, where the first Irish settled, so every year, days before St. Patrick’s Day, the city’s bars hold countless parties in honor of the patron saint of the Irish.

So, if you want to try an authentic Irish draught beer you just have to go to some of the Pubs located in Queens, there in addition to having a drink you can cheer up to the rhythm of music and medieval songs that are very popular in Irish Pubs.

The great parade of Saint Patrick

First, you must know that this parade must be dressed in green garments or you will look like a freak in the crowd. The great St. Patrick’s Parade in New York takes place in Manhattan, starts at 11 am and its route is from 44 street, parading along the 5th avenue, passes through the emblematic St. Patrick’s Cathedral, then take 80 street and finish around 5 pm at the American Irish Historical Society. As you can see it is a big parade, attended by over 1 million people to see the bands, bagpipes, costumes and a lot more. 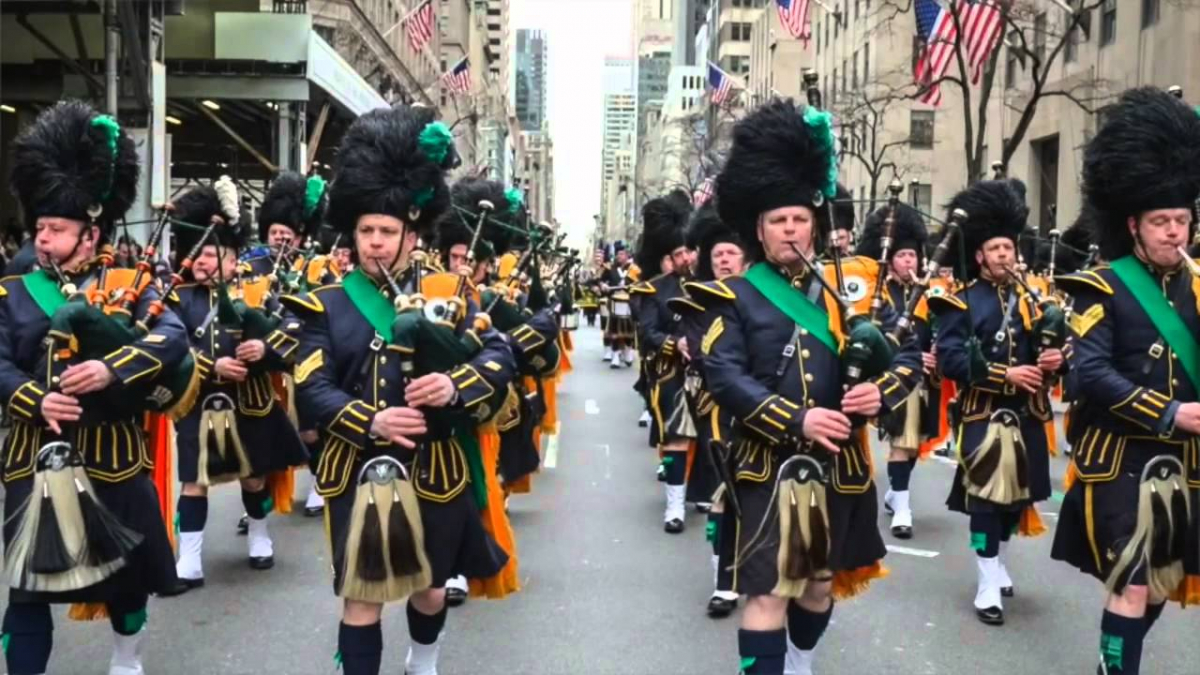 Around the parade you can find pubs and bars that prepare everything around St. Patrick’s Day, being usual that many restaurants in New York City include on March 17 in their menu a variety of typical Irish dishes, in addition to the beer, which is the official drink of St. Patrick’s Day. So, if you have the opportunity to attend the parade do not hesitate for a second, because a party like this is very difficult to enjoy on another side of the planet.

End the party in a real Irish pub

Night falls, the parade is over, but that doesn’t mean that St. Patrick’s Day is over too, as the Irish pubs in New York City have their doors to the millions of partygoers who want to continue the celebration. And there’s nothing like ending St. Patrick’s Day in an authentic Irish pub where you can have a delicious draught beer accompanied by Celtic and traditional songs. So, if you are one of those who have a party spirit, we recommend you follow the day of the Irish patron in some of these pubs:

This Irish pub was the first to open in the entire city of New York, in turn is the most famous in the city. There you will find a great party, a delicious beer and all the Irish atmosphere that you cannot miss on St. Patrick’s Day. Because it’s so popular it’s usually full, but if you get the chance to enter the pub don’t hesitate for a second, because you’ll have a great time here. McSorley’s Old Ale House sells only two types of beers but believe us they are enough to enjoy the authentic Irish spirit on your New York tour. 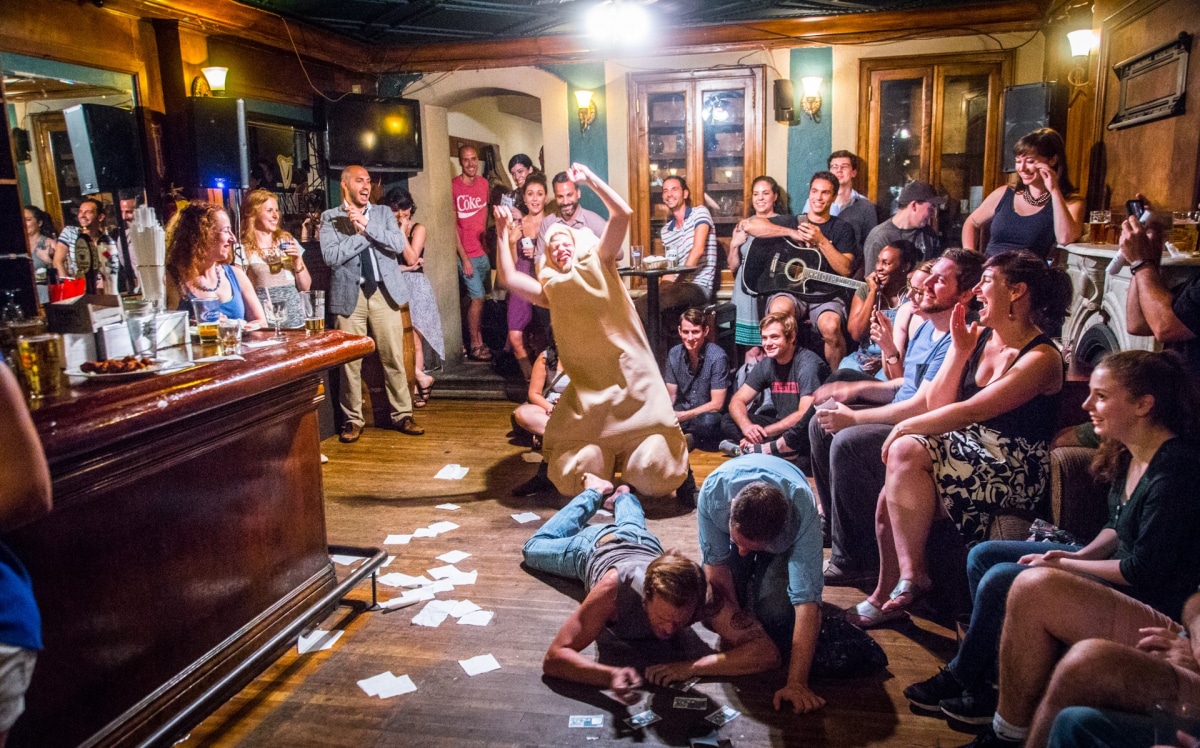 Good music, affordable prices and in every corner of the pub the authentic Irish spirit. This bar is one of the most amazing places you can find in New York City, especially on St. Patrick’s Day, when you live a great party animated by beer and music. One thing that is very charming about this place is that no matter where you come from you will always be greeted with open arms. In addition to beer, don’t forget to order a whiskey, as they have hundreds of varieties of this drink that will surprise you. 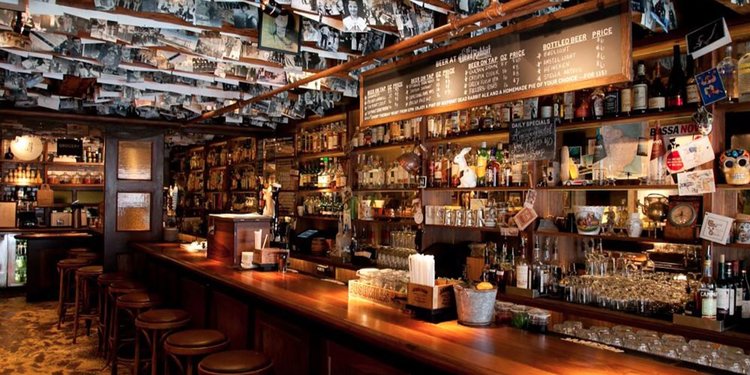 A great bar, with a spectacular decoration and one of the best bartenders in New York City. This bar is one of the best Irish pubs you can find in the district of Manhattan, there you can end the day drinking a variety of beers and whiskeys, without doubt is one of the best places to have a drink. A perfect bar to end St. Patrick’s Day.

You are visiting New York City, but you want to celebrate St. Patrick’s Day in another way as there is no better opportunity than to take a 1-day tour to Boston and visit this magnificent city that also has its own St. Patrick’s parade and many activities around the patron saint of the Irish.