Boston is an astonishing city that has been used as a film location many times. Undoubtedly the city has a unique style that has become it in a perfect place to shot blockbusters, so, if you want to know where filmed movies such as The Departed, Good Will Hunting and Mystic River, below you will find a list that will let you explore some Boston places that were used as a film location. 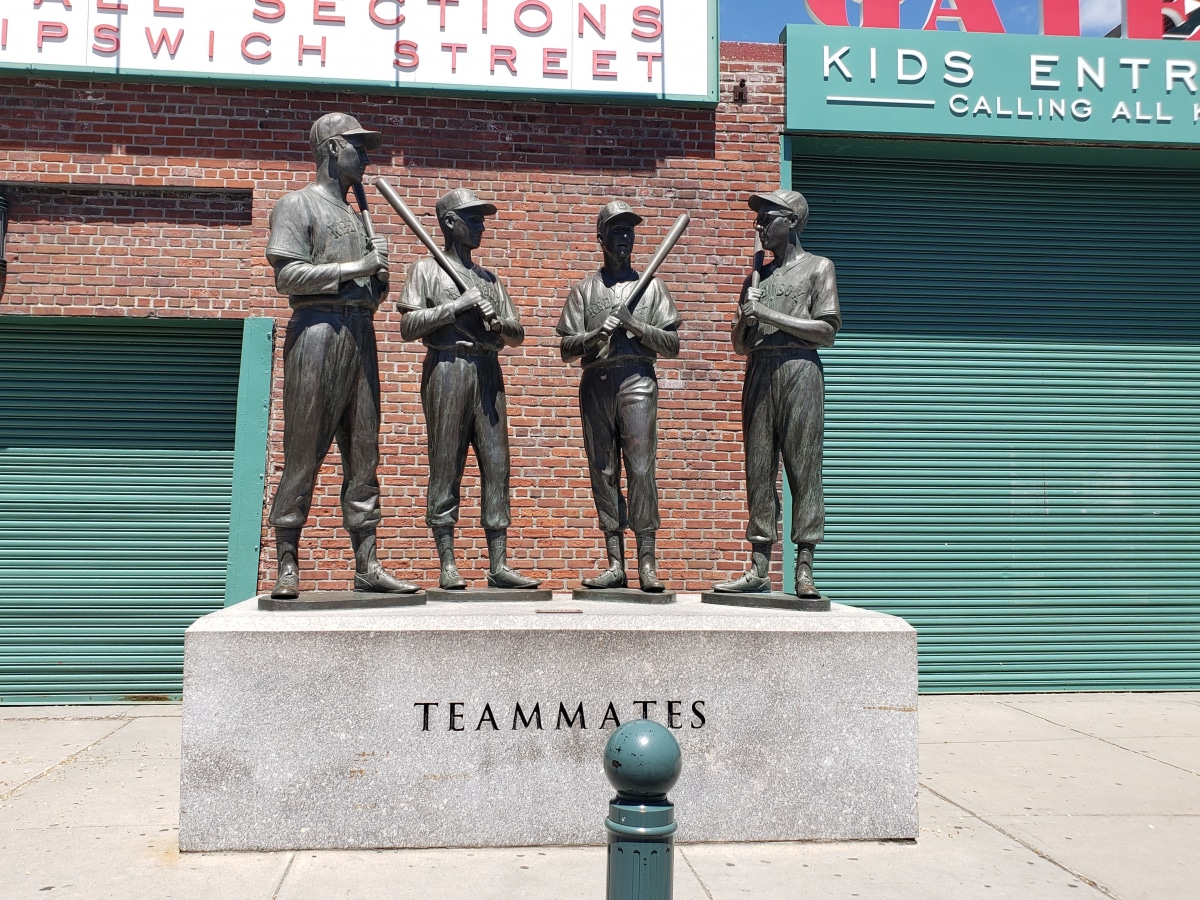 The Fenway Park, home of the favorite Boston’s baseball team, the Red Sox, is the place of the city where have been filmed memorable movies such as Moneyball (2011), The Town (2010), Fever Pitch (2005), Field of Dreams (1989), and the remarkable film Good Will Hunting starring by Robin Williams, Matt Damon and, Ben Affleck.

During the off-season, you could visit Fenway Park and relive some movies scenes in the oldest baseball stadium of MLB, as well as, to know the incredible history of this sport temple.

Read: 5 must see places in Boston

Many memorable movies have been filmed in Boston and one location that Hollywood normally used in its films is the Massachusetts State House. This Boston’s symbols located at Beacon Hill and known as “The Hub of the Universe” is an imponent building that worth visit in a Tour to Boston. 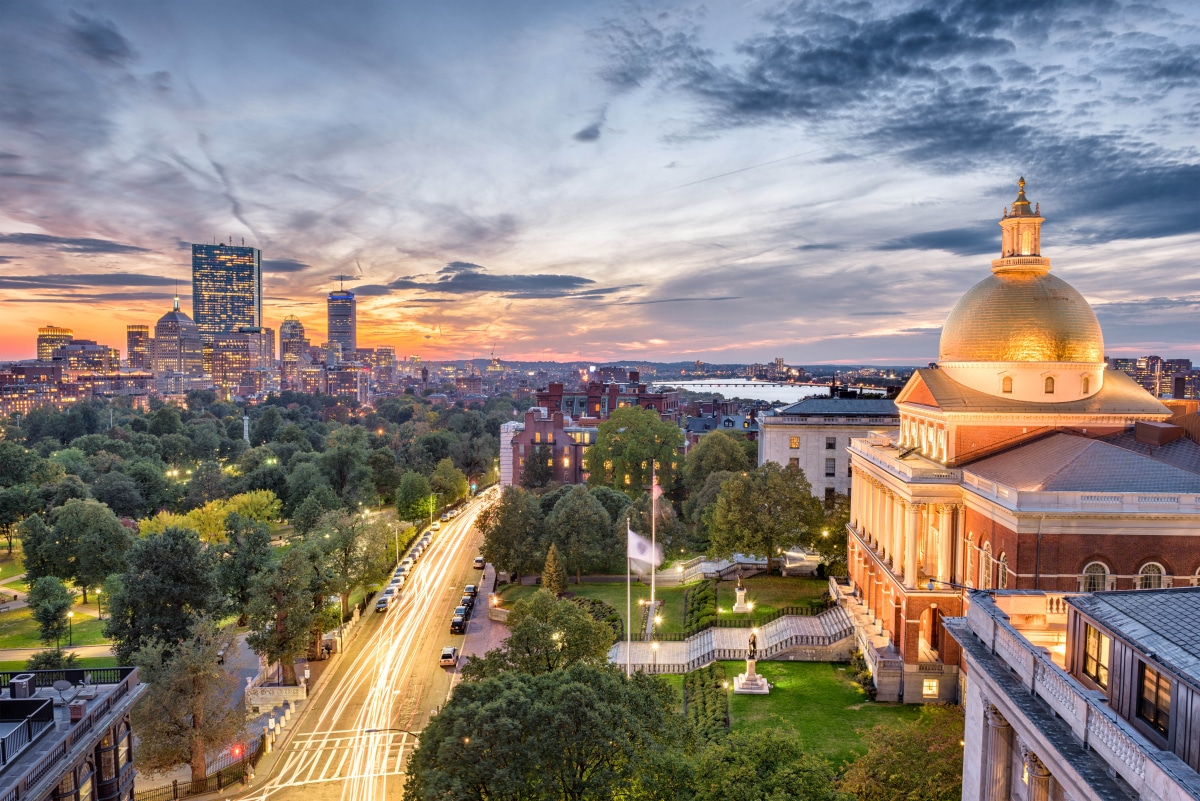 Massachusetts State House has been used as a film location in the drama The Verdict (1982) and was used in the unforgettable movie The Departed (2006) starring by Leonardo DiCaprio, Mark Wahlberg Matt Damon, and Jack Nicholson. This movie won several awards including one Oscars for Best Picture.

The Massachusetts State House also appears in some videogames, one of them is the famous The Last of Us.

The most famous park in the city, the Boston Public Garden, has been appeared in many Hollywood movies, this oasis is a beautiful location full of monuments, fountains, incredible walk paths, with an extraordinary lagoon surrounded by unusual plants. 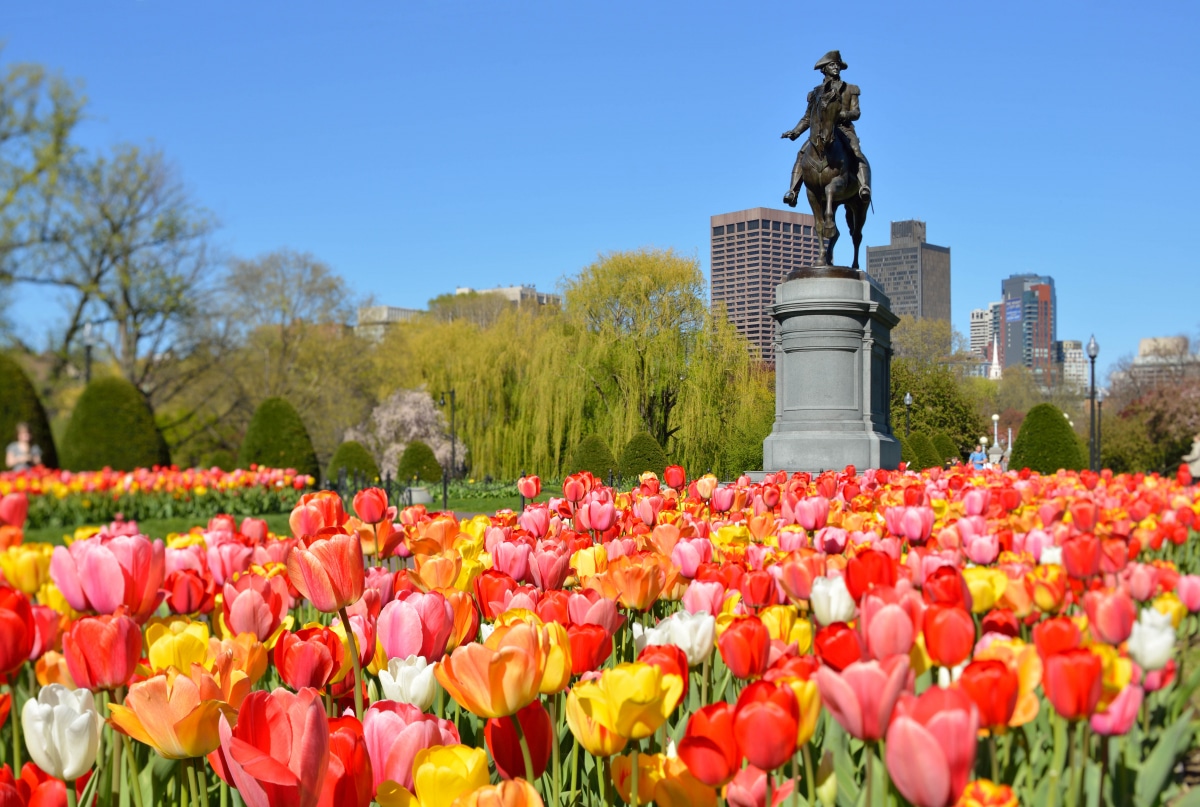 Boston Public Garden was used as a location for the film Ted (2012) and for the unforgettable movie Good Will Hunting (1997) where you will see a young Robbie Williams sitting on a bench of Boston Public Garden giving one of the best monologues in his career.

Robbie Williams won an Oscar for his role in Good Will Hunting and today the bench is a memorial to Williams.

The Social Network (2010) another film that will show you dozens of incredible places of Boston, in the film you could see several famous spots and feeling the popular the university environment of Boston

The movie is about Mark Zuckerberg and how Facebook begins. One of the first places that will appear in the movie is the Thirsty Scholar Pub, a famous pub of Cambridge located in 70 Beacon Street, Somerville. 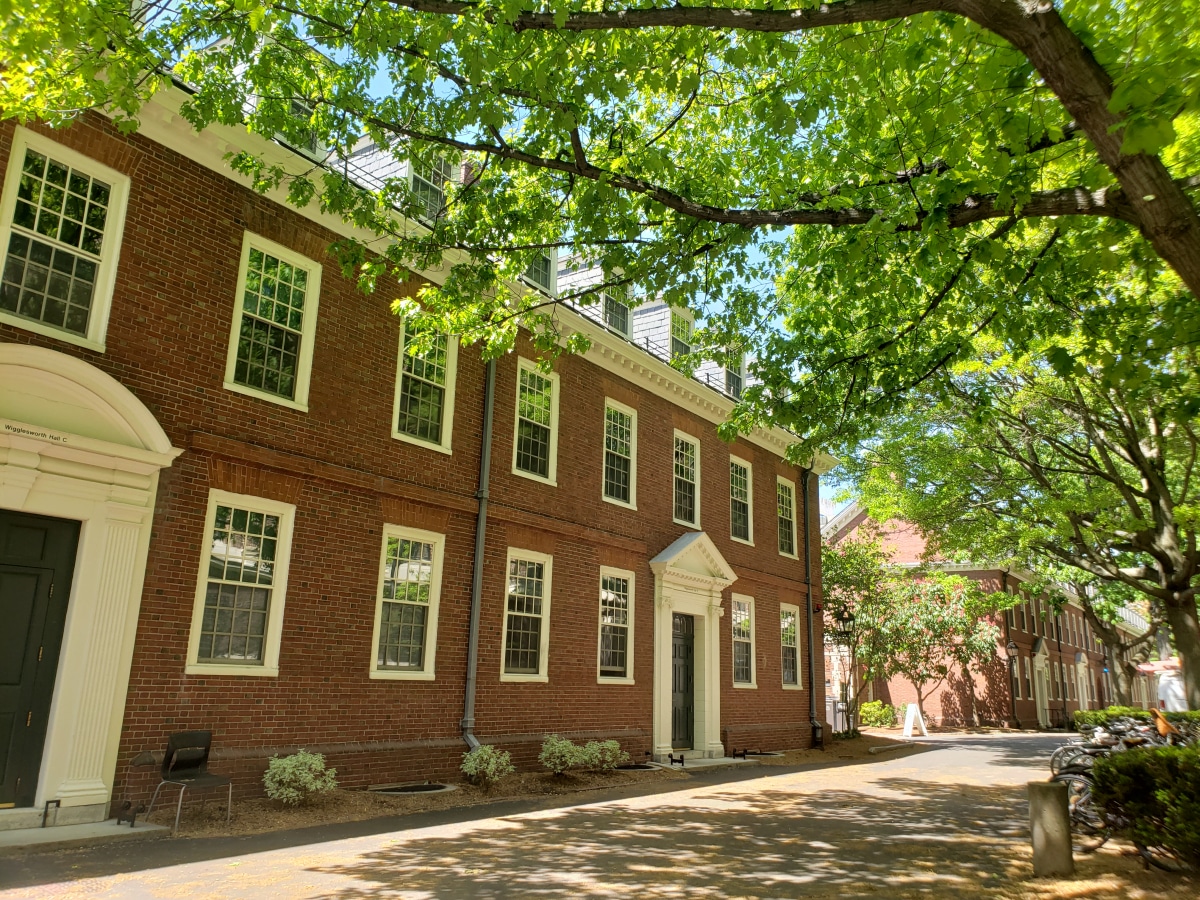 Although Harvard University plays an important role in the story, not one scene of Social Network was filmed in this prestigious university, the place used to recreate Harvard was the campus of Johns Hopkins University.

Union Park is among fantastic places used in the Social Network there will find hundreds of exceptional restaurants and bars, this area of Boston is impressive because has a special aura due to variety of activities that you could do there, super recommended place to visit during a tour to Boston. 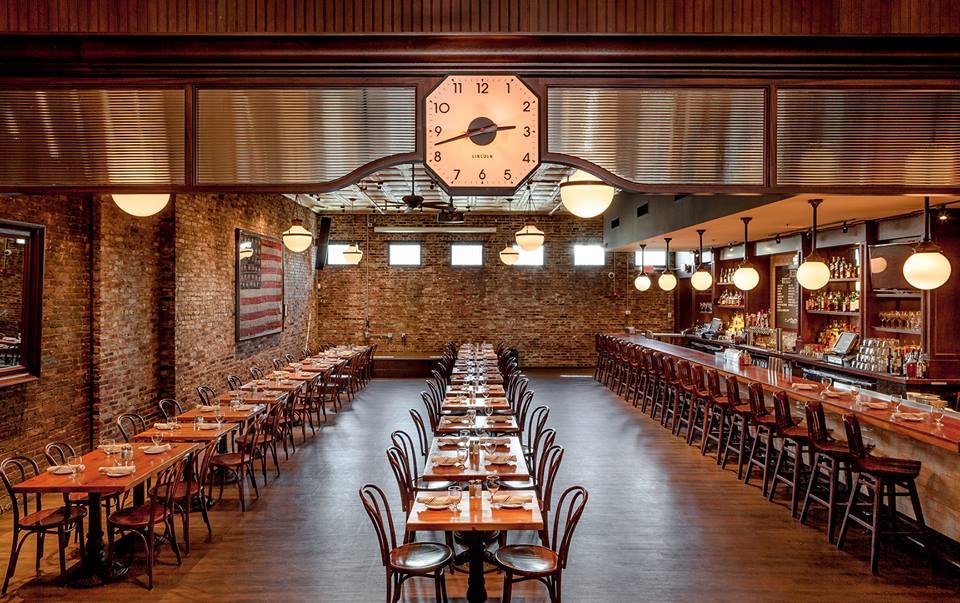 Another interesting location used in this film was Murphy’s Law, a well-known Irish Pub of Boston. This tavern was chosen to film one of the most extraordinary scenes of the movie, this bar is a crucial spot in the film because there the plot of the movie is revealed.

Murphy’s Law is a beloved bar by the Bostonians, is a traditional Irish pub where you could taste several craft beers and live an authentic Irish environment. You will have a good time there!

Church of the Covenant

The historic Church of the Covenant is another stunning place that worth visits during your tour to Boston. The church was built in the XIX century and is a National Historic Landmark. Is located at 67 Newbury Street. 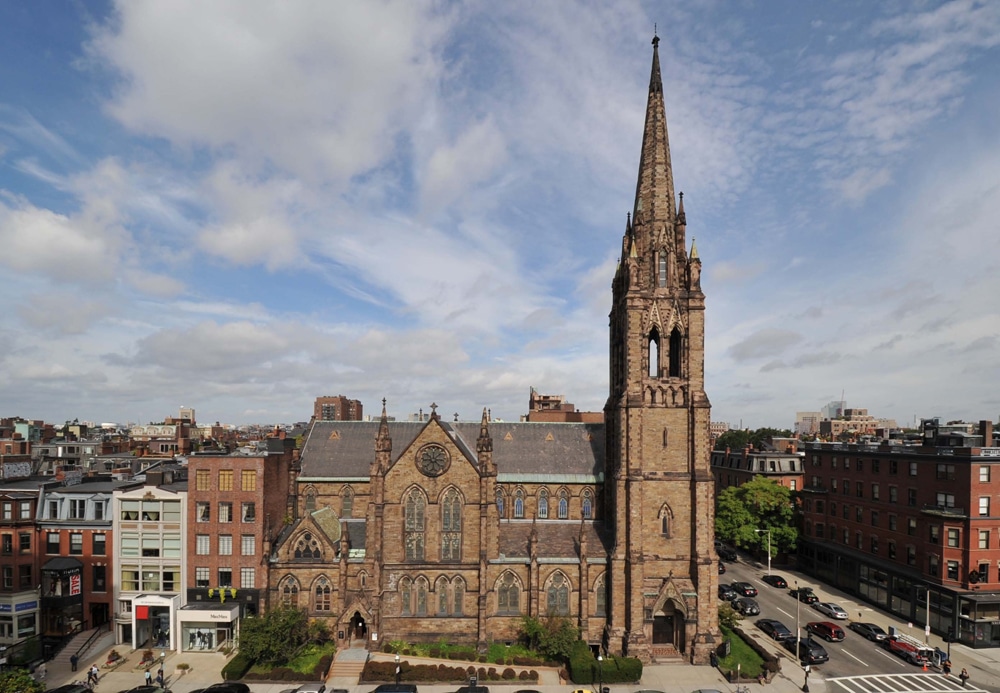 Church of the Covenant – Source: www.ssvarchitects.com/coc

The church was used in the cult-classic film Boondock Saints (1999), a story that shows the life of two brothers with deep catholic roots that fight against the crime in Boston.  Church of the Covenant was not the only church that appears in the film, in the first scenes of the movie you can see the Old South Church, this temple also has an important role during the movie.

The Boondock Saints was filmed in different streets of Boston, Beacon Hill it was one of them, a historic neighborhood of the city with incredible architecture and located near to Boston Common Park. Beacon Hill also was used as a film location in the movies Blown Away, The Departed, and The Thomas Crown Affair.

This intense drama was filmed in several streets of Boston. Mystic River is a movie where you could see different areas of Boston such as Condor Street in East Boston and the Jimmy Markum’s Grocery Store situated in South Boston close from the L Street Tavern, a famous pub of the city that has been used as a film location in many movies filmed in Boston.

The iconic Franklin Park also was used as a location in the movie directed by Clint Eastwood, Mystic River, and starring Sean Peen. This movie is going to give an interesting perspective of Boston, showing you places that regularly are not visited in the city.