COMPLETE GUIDE TO HOW TO MOVE IN NYC

Home/Blog, Latest Publications/COMPLETE GUIDE TO HOW TO MOVE IN NYC

New York is a huge, giant city, of dimensions that you can’t even imagine and that is why the Big Apple offers a great number of alternatives to move around the city without any problem.

So, in this article we are going to explain and show you the best transportation options to get around New York easily, a very complete guide that will help you know how to get from one point to another without getting lost.

For starters, you should know that the best way to get around New York is by public transportation, since it’s less expensive, you don’t have to pay parking fees and you avoid chaos. Some tourists prefer to rent a car, this is an option you can also contemplate, although it can be expensive.

The New York Subway is managed and administered by the New York City Transit Authority (MTA). Also known as Subway, it is a great transportation system that consists of 468 stations and about 1056 kilometers of tracks in service, in addition to an extensive network of tracks that cross all the boroughs. 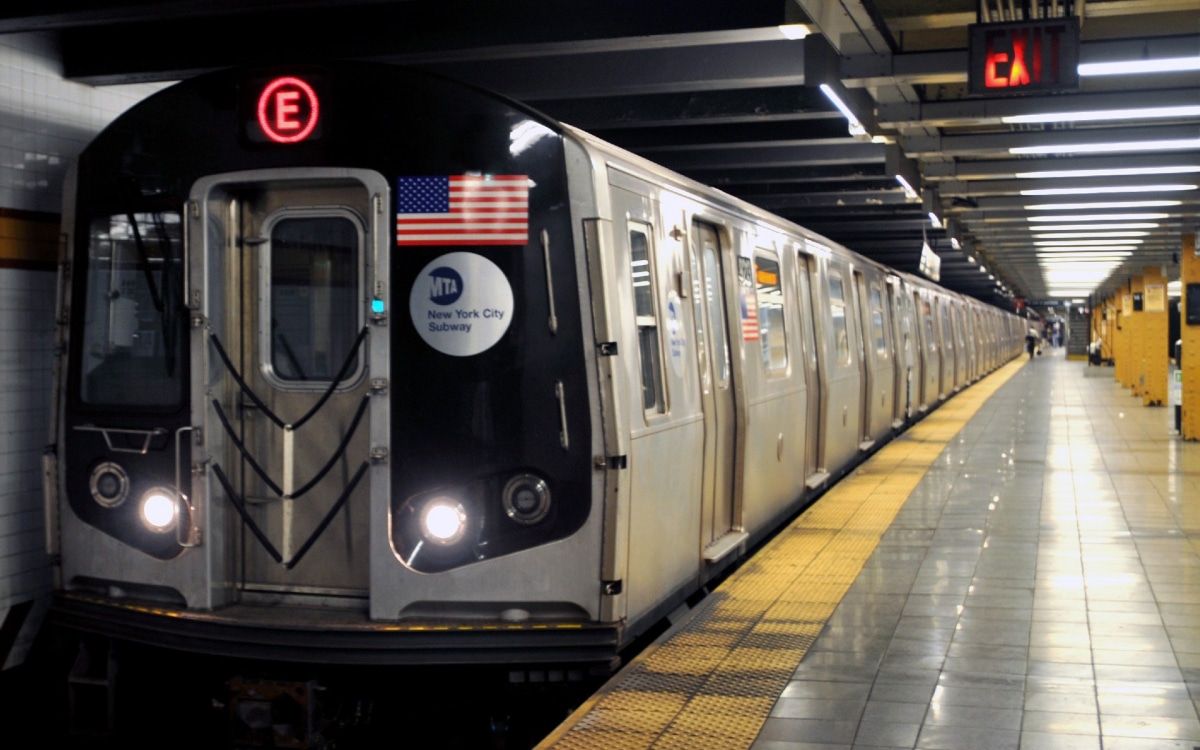 Metro lines are distinguished by letters, numbers and colors, before you board a train you must check that the train you take, because not all trains stop at all stations. One more thing you should know is that metro routes change frequently due to new connections or changes in service patterns, for example, the red line has 3 different routes and it’s easy to get confused.

Each Metro Route is distinguished by a letter or a number and the Lines have names that are in accordance with the place from the beginning to the end of the route.  As a recommendation it is good to download an application to know which subway to take and where to download. The subway is a means of transport widely used by tourists and locals.

Currently in New York City there are two types of subways and they are marked on the cars, there are the Local Meters, which stop at all the stations and the Express Meters, which only stop at the main stations. Another fact about Subway New York offers its 24-hour service with a 2-6-minute break.

The MetroCard is the one that allows you to get on the subway and the bus lines. The cards can be recharged at the ticket office or at a vending machine. The MetroCard has different rates, if you want to know more about the card we leave you the official link with all the exact information of the MetroCard web.mta.info/metrocard

Like the subway, buses are a good way to get around New York City and can be paid for with the MetroCard. You can also pay for them with coins and they cost 2 dollars, Express buses cost 5 dollars, and none of them do not accept tickets. On the bus, like the Subway, it is also possible to transfer from bus to metro with the same card or ticket within 2 hours. 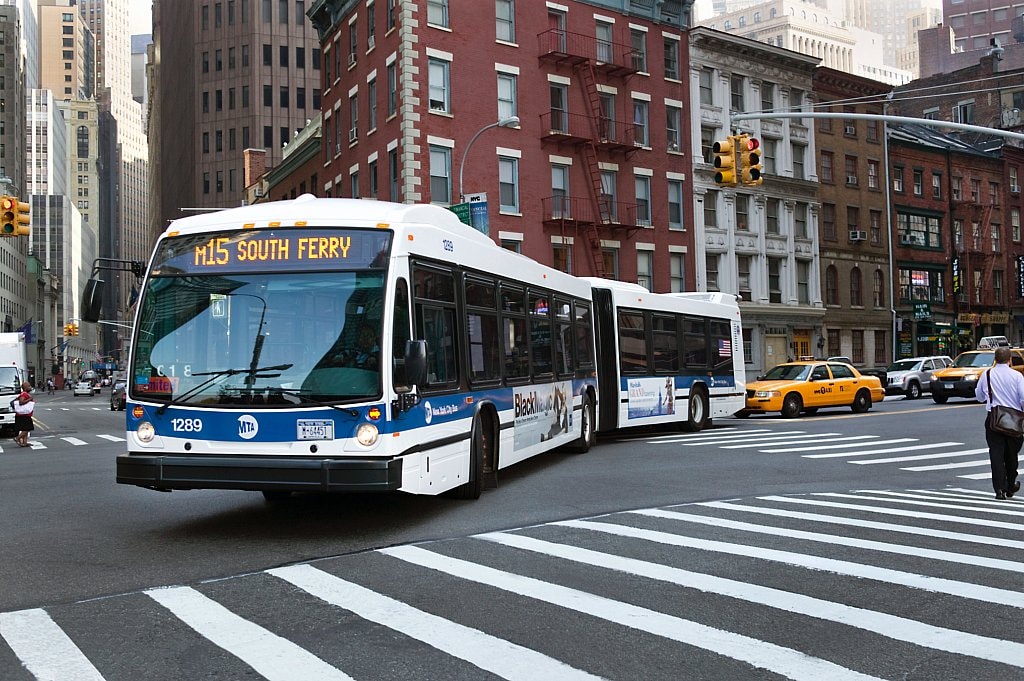 New York City buses cover about 200 routes and can be easily identified by their first letter, depending on the district to which they belong. The routes are:

Like the subway, they operate 24 hours a day, 7 days a week.  The frequency of buses depends on traffic, so it can take a little longer than normal during peak hours.  You should know that New York City buses are non-smoking, no animals. If you want to check the routes, connections and estimated times of each trip, we recommend you use google maps.

In the city there are more than twelve thousand taxis, yellow vehicles that are an icon of the city. Stopping a taxi in New York City is as simple as simply stepping off the sidewalk and stretching your arm. There are two types of taxis in the city, the “medallion taxis”, which are the traditional yellow taxis; and the “car services”, which only pick up passengers who have called the central station requesting them. 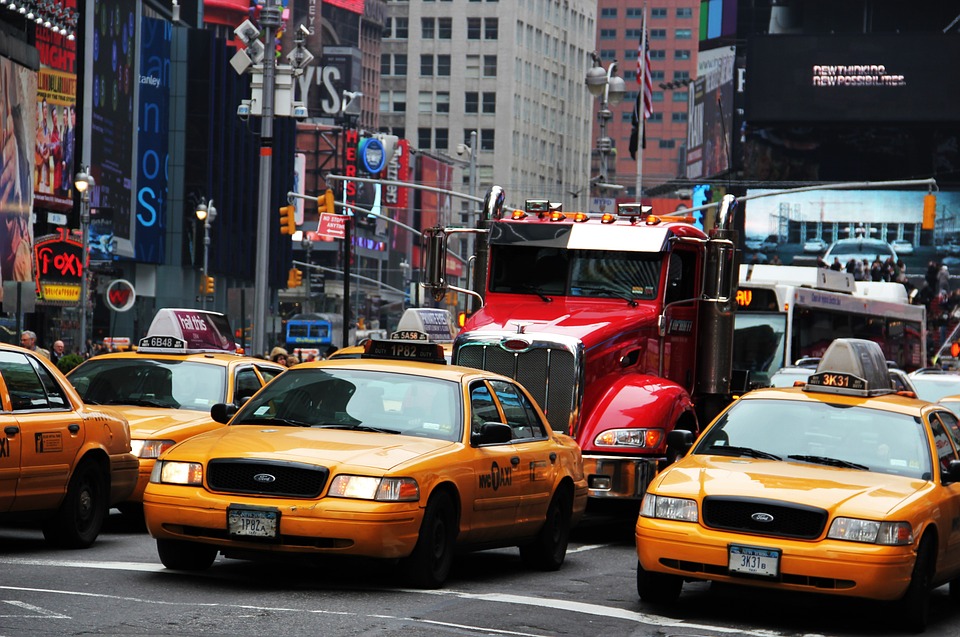 If you see a line of people standing in a corner, they are waiting for a taxi, so check who is last and respect that order. You will know if a taxi is available because the roof light is on, if it is off it is busy, that means it has passengers on board.

The initial fee is $2.50 and increases by 50 cents every four blocks or so or every minute. During peak hours, between 4 pm and 8 pm from Monday to Friday, there is a charge of 1 dollar per 1/5 mile, so taking a taxi at that time can be very expensive. At night, between 8 pm and 6 am, the nightly surcharge is US$ 0.5 per 1/5 mile.

If for any reason you must make a stop or make the driver wait, you must pay an extra 40 cents for each minute that passes. And you must bear in mind that if bridges or tunnels are crossed during the journey and tolls must be paid, the passenger is the one who bears the costs of the toll.

Most taxis have terminals for paying by credit or debit card, however, it is best to carry cash to pay. After you cancel, remember to ask for the printed receipt, which will contain the taxi’s license number, this is very useful if you need to contact him in case you have forgotten something or wish to make a claim.

As an important fact, you should know on your New York travel is that the tip is the driver’s salary, this is 10% or 15% of the total, but never give less than a dollar. It is common to round up to the next dollar if the total calculation gives you fractions.

An alternative to the very popular taxis in New York is Uber, using this mobile application is just as convenient as a taxi and much cheaper. The first thing to do is to install Uber on your mobile phone, register and register for a valid credit card. Its use is quite simple and intuitive, just follow the instructions of the application: define the starting point, the destination address and request the trip. 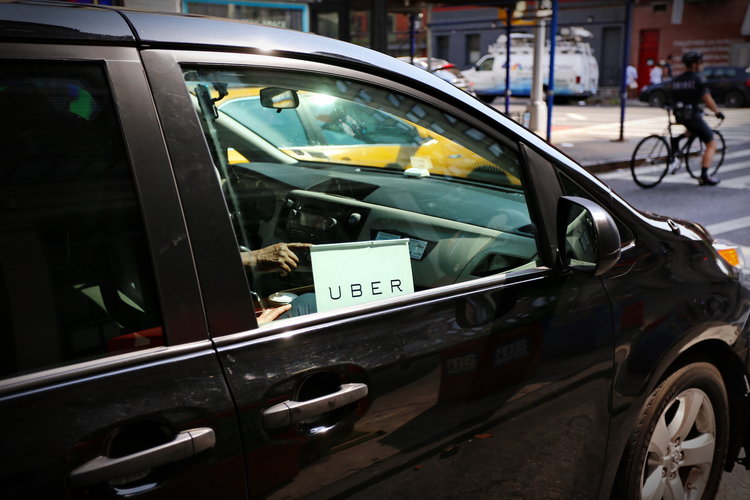 Once you finish your trip you will not have to pay the driver for it, saving you the tip if you want, since later you will be charged on the card you registered when you downloaded the app.

The cheapest option is that you share the car with someone else who is close to your destination and the great thing about this application is that you can choose the vehicle you want to go to, by looking at the driver’s photo and the score given to him by other users.

New York Ferries are a fun way to get around the city.  There are several ferry lines across the Hudson River that connect Brooklyn to Manhattan. One of the most famous ferries in the Big Apple is the Staten Island Ferry, which crosses the bay from Manhattan to State Island, is completely free and runs every 20 to 30 minutes. 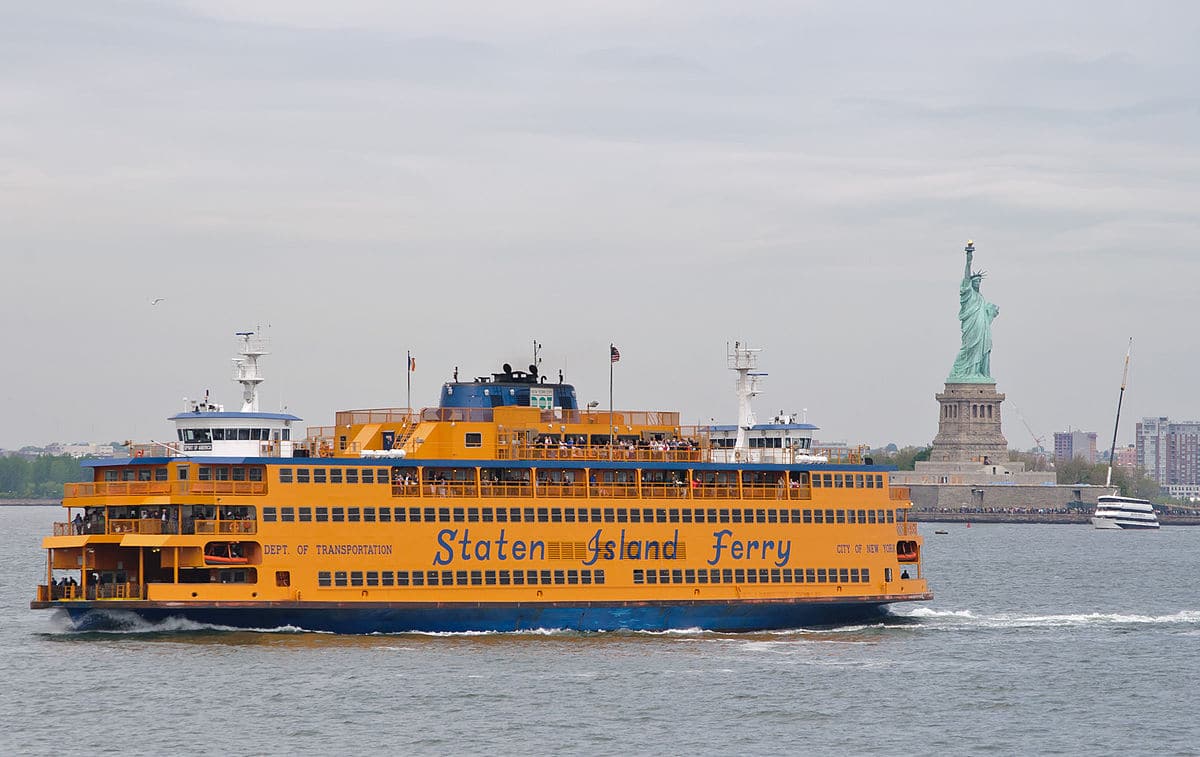 On the ferry ride you can see the Statue of Liberty up close and appreciate the Manhattan skyline.  Traveling by ferry is a fun way to enjoy New York because for many tourists it is a new adventure in their lives.  Ferry schedules depend on the route, but generally operate every half hour from 6:30 am to midnight.

Bicycle: This means of transportation is widely used in New York City, and is a great alternative for getting around the city. Renting bicycles in New York is a great idea and there are three ways to do it: hire a bike tour, rent bicycles by the hour from bike rentals, or hire Citi Bike, New York’s public bicycle system.

Walking: New York is a city that invites you to walk, its streets are beautiful, entertaining and is one of the best ways to get to know all the magic of the Big Apple. This way you can also enjoy the attractions of the city in detail.