The city of New York besides being the capital of the world is also the capital of comedy, their great comedians and their magnificent shows have made the Big Apple win this title, that’s why today we bring for you a totally different plan and maybe you had not contemplated in your tour of New York, that plan is to go to a Stand Up comedy.

Any night in the City that Never Sleeps is perfect for a comedy club, so here’s a list of the best clubs for you to choose from and spend an amazing night on your New York City tour. 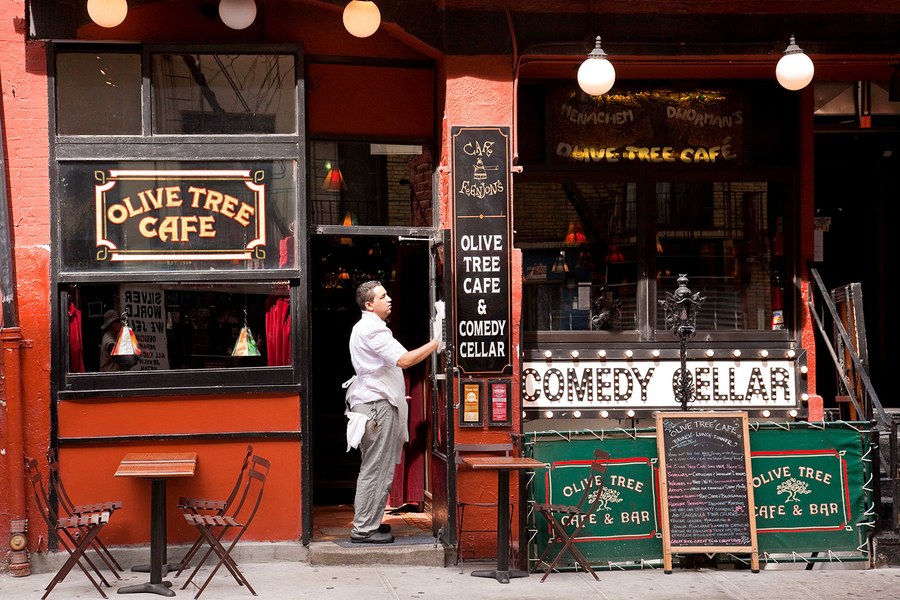 This comedy club located in Manhattan is perhaps the most famous in New York City. Comedians such as Dave Chapell, Darrel Hammond and Todd Barry have performed on its stage. At Comedy Cellar you will always find people lining up to get in, so if you want to get in and have a good position, we recommend you get to the club early. Inside the club you will see between five and seven comedians who perform shows of approximately 20 minutes each.

Comedy Cellar offers a different show every night, so you can go several times a week and never repeats. Above the club is a restaurant called The Olive Tree Cafe and that’s where comedians meet after performances. 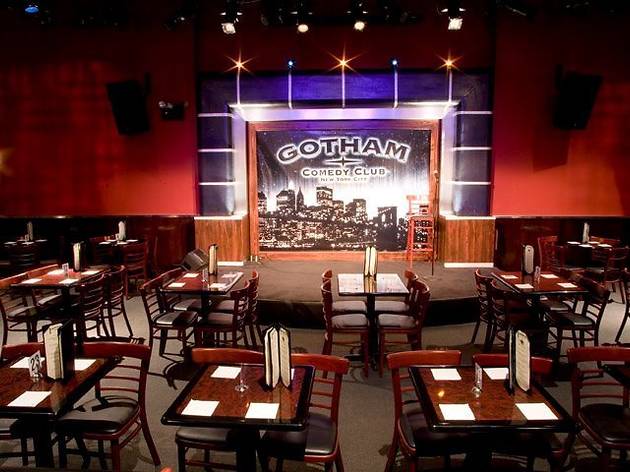 The Gotham Comedy Club is located at 208 West 23rd Street between Seventh and Eighth Avenues in Chelsea and since it opened its doors in 1996 it has become one of the most important comedy clubs in New York. Comedians such as Larry David, Jerry Seinfeld and Roseanne have performed on its stage.

Gotham Comedy Club’s contribution to New York comedy is very important as it has boosted the careers of hundreds of comedians, and also helped Stan Up Comedy become an important show that competes with Broadway plays. The atmosphere of the club is fantastic, reminds you of the famous nightclubs of 1920 and the first-rate theater, where there is no stage that separates the artist with the audience. Inside the club has been filmed television shows such as Comedy Central and Last Comic Standing. 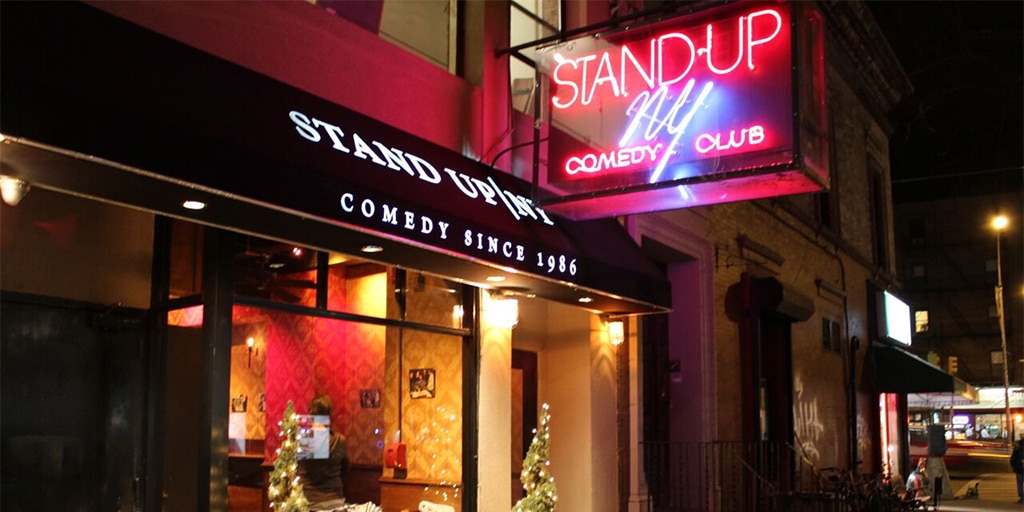 One of the oldest comedy clubs in New York City, opened in 1986 and since the first comedy show was presented at Stan Up NY, this club has been one of the places where film and television producers go in search of new talent. Great comedians, including Jerry Seinfeld, Chris Rock and Jon Stewart, have performed on its stage.

A show in Stand-Up NY normally lasts 2 hours in which 4 or 5 different comedians are presented, the club opens every day and offers two shows per night, the first at 8pm, the second at 10pm.  The variety of comedians that are presented in this comedy club is so great and you will not stop laughing, the shows do not look alike at all, because you will find from comedies based on political satire to comedies that describe routine life in a very funny way. This comedy club is great, super recommended, two thumbs up for Stand-Up NY. 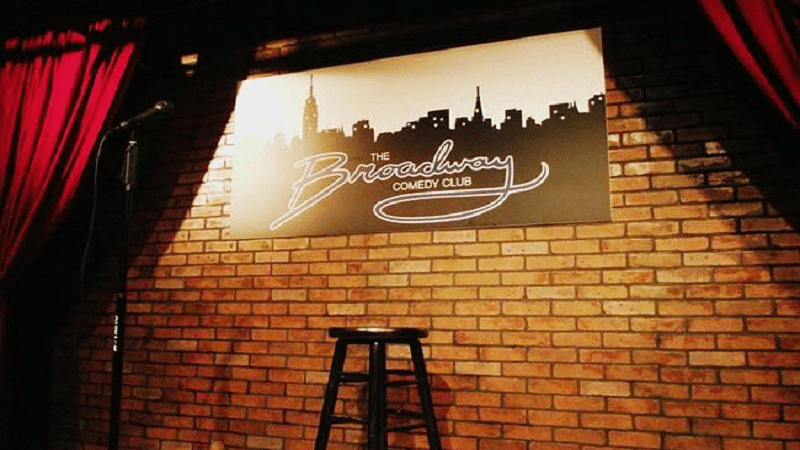 Broadway Comedy Club is synonymous of comedy in New York City, is listed as one of the comedy clubs where many of the best Stand Up in the city is presented and is also the platform for many comedians who later appear in Comedy Central, Letterman Show and Last Comic Standing.

Its history goes back to 1998 when its owner Al Martin decided to create a comedy club that would offer a space to emerging comedians from around the world, its success was such that in a few years Broadway Comedy Club had become something like the place where comedians present their thesis degree.

This club was also one of the pioneers in opening its stages and creating Latin comedy nights. Without a doubt Broadway Comedy Club has been a very important club for the development of Stan Up Comedy, so you can’t fail to include it in your tour of New York.

If you want to know more about the show calendar at Broadway Comedy Club you can go to -> www.broadwaycomedyclub.com/calendar 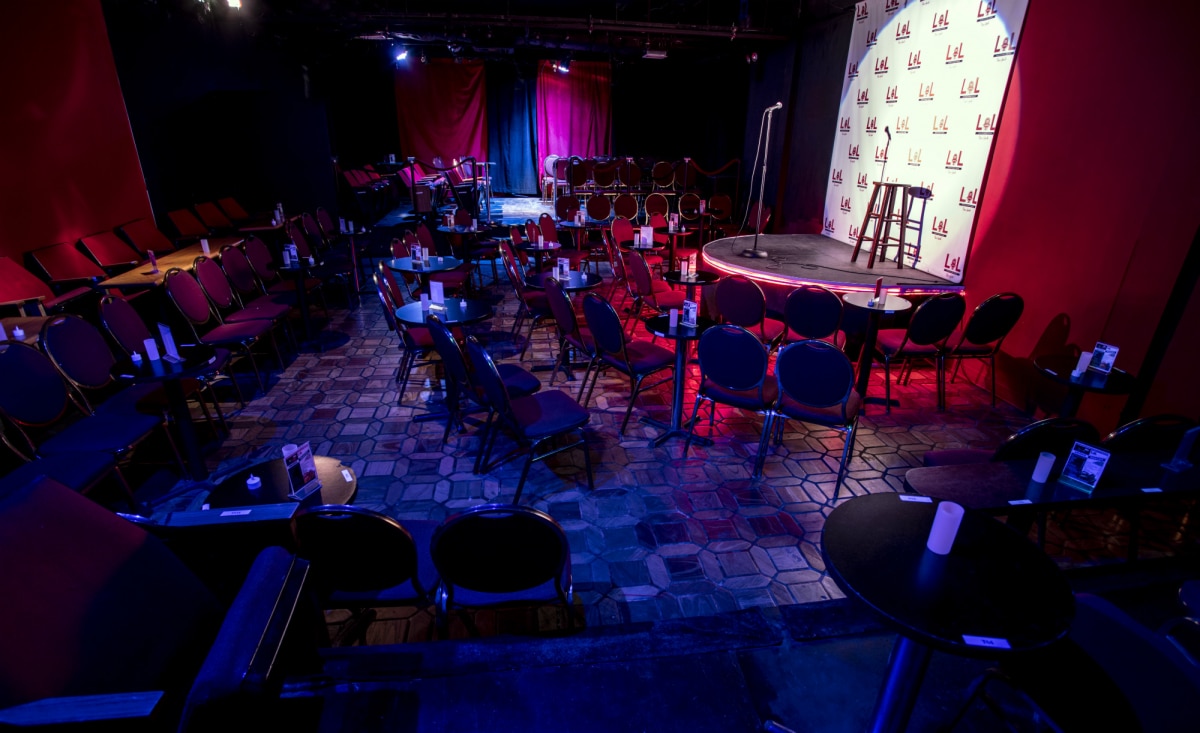 This comedy club is made to amuse all audiences, no matter if you are young or not, if you have a college degree or not, if you are a tourist or someone who lives in the city, because the shows of LoL Times Square Comedy Club are so varied and talk about all aspects of life, that anyone who wants to spend a fun night and laugh while having a cocktail can go to this comedy club.

Its atmosphere is very welcoming, and its stage presents emerging talents, whose are responsible for starting the night and open to comic headliners, already more experienced and recognized. In this comedy club there are always shows, you only need to look at their official website shows available and from there you can book tickets. And although it’s a comedy club that hasn’t been in the show business much, it has become one of the most popular in the city.

A fact to keep in mind…

In most clubs in addition to paying the entrance fee you must make a minimum consumption of drinks while watching the show, usually a minimum of two drinks per person.