5 MUST SEE PLACES IN BOSTON

Boston is one of the largest and most popular cities in the United States, and one of the most interesting cities you can visit if you are touring New York, as it is only two hours from the Big Apple.

Boston’s interesting historical legacy makes this city an incredible place with hundreds of places worth visiting. In Boston there are a lot of things you can do, from visiting parks, museums, and historical tours to walking around the campuses of the famous Harvard University or enjoying the city’s wide gastronomic offerings.

Now that you know a little more about Boston, below we are going to share a list with you with some of the places you should go to visit in this incredible city, places that usually don’t visit many tourists but that without a doubt are great.

Just as New York has the wonderful Broadway, Boston has the Theater District a magnificent circuit of theaters where you can see the best shows, from opera, dance shows, comedy shows to musicals. 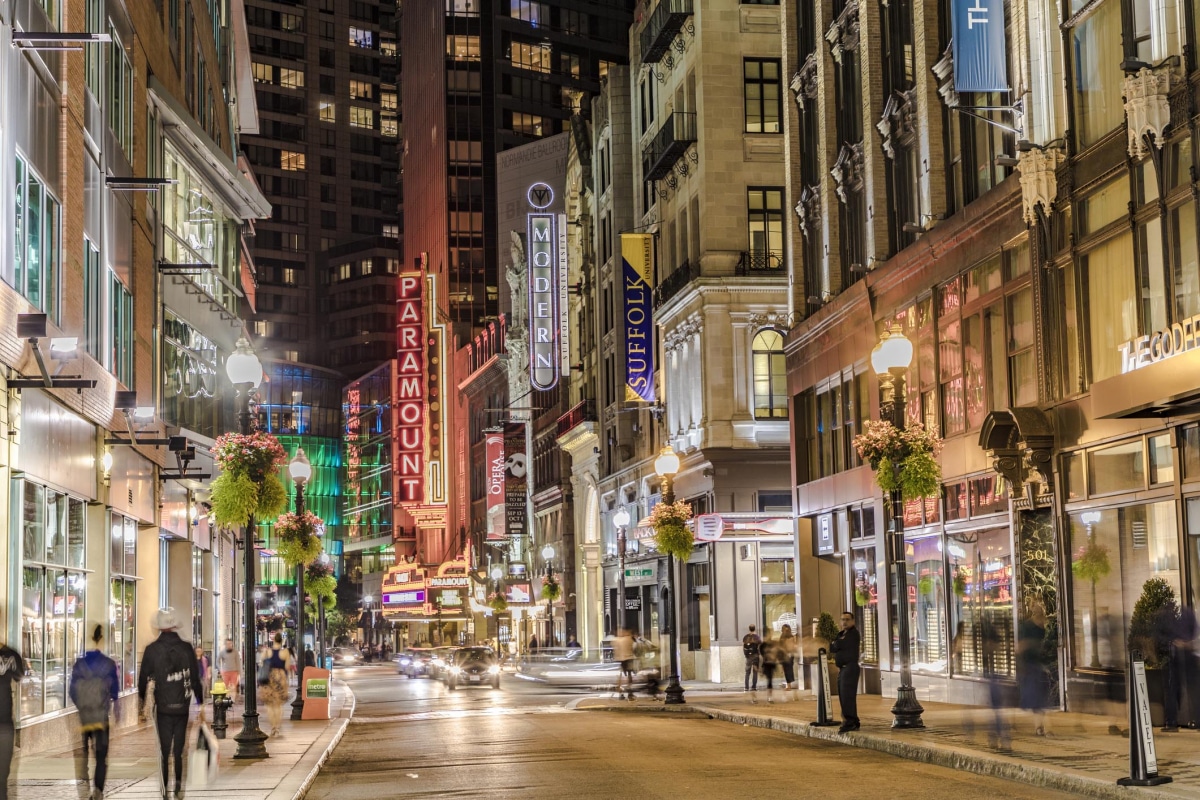 A surprising place, that will leave you amazed with its great number of spectacles. So, if you’re on a Boston Tour, this is definitely one of the places to visit. In addition to the theatres, there are also several restaurants where you can enjoy the city’s wide range of cuisine.

Did you know that more than 50,000 people visit the Theater District every year?

One of the oldest churches in the country was completed in 1754. A very curious fact about this chapel is that its structure was built in wood, then the stone would be added, once the chapel was finished, the wood was disassembled and extracted by the windows to leave only the stone, that wood would be used later in another chapel in Nova Scotia. 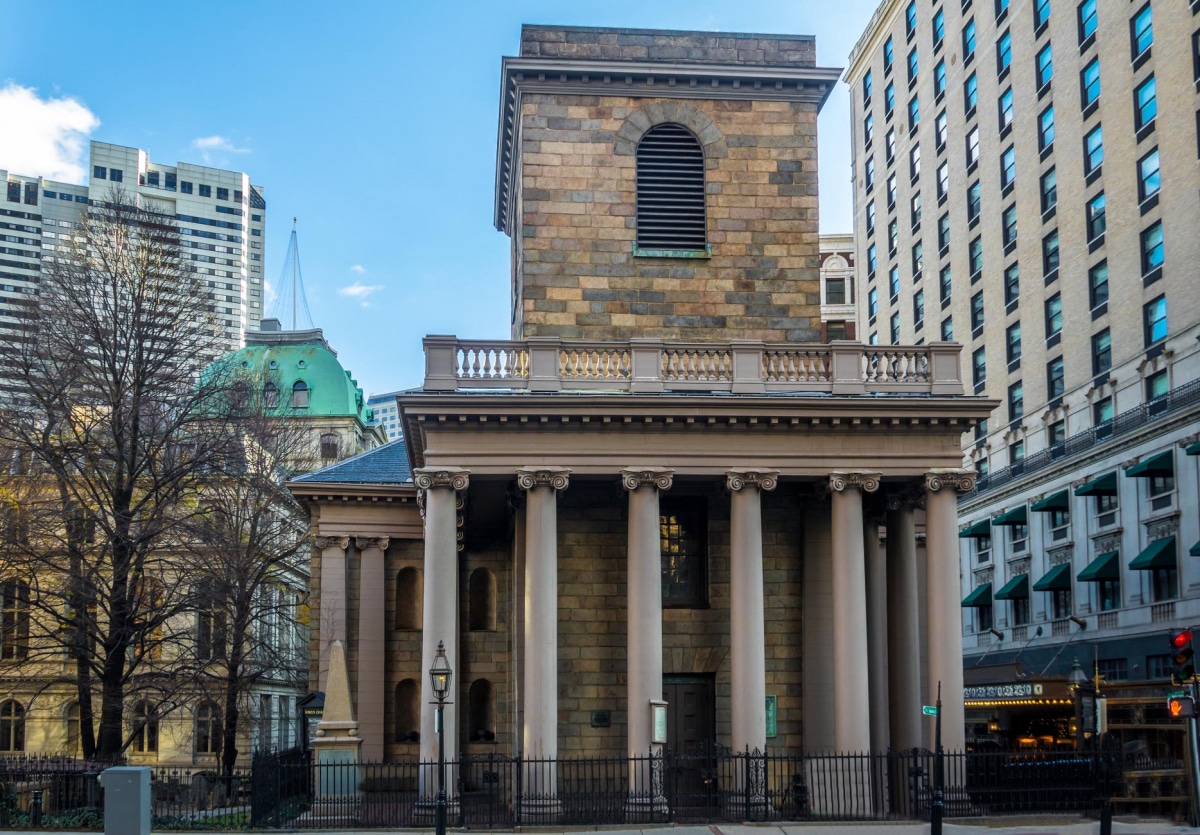 Another interesting fact from King’s Chapel is that the bell in the chapel was made in England, in 1814 the bell was broken and would be restored by Paul Revere (one of the most recognized American patriots of the war of independence of the United States), this would be the last bell made by Revere before he died.

King’s Chapel, in addition to having a fascinating history, is also the first Anglican church in the United States to own an organ with 13,000 pipes.

In your tour of Boston, you will have the magnificent opportunity to taste one of the best chocolates that exist in the East Coast of the United States. The place that will give you this incredible experience is called Taza Chocolate, a factory located in the Somerville neighborhood that is dedicated to producing Mexican chocolate. 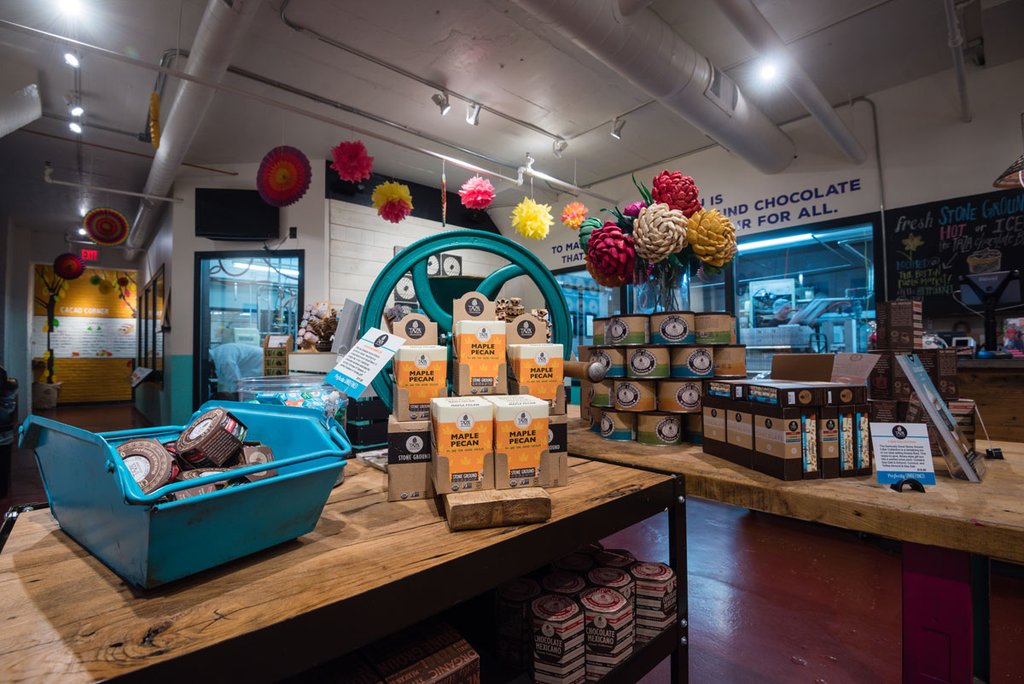 Who created this incredible place was Alex Whitmore, after having done a trip to Mexico, he learned to make chocolate in Oaxaca using traditional manufacturing techniques and processes. Over the years, Alex perfected his technique, in 2005 with his wife opened the factory which became one of the most famous places in Boston.

Taza Chocolate is a pioneering factory in the creation of cocoa, all its processes are handcrafted and have a wide variety of chocolates. All the cocoa used in Taza Chocolate is brought from South America.  This fascinating factory is a place that you must visit in Boston, besides tasting the best chocolate of the city, there you will be able to buy to see closely how the chocolate is produced.

This place was once the seaport of the city of Boston.  Long Wharf is a large jetty from which ferries depart for the famous Salem and other places that are close to Boston. This point of the city is beautiful, as you walk through the port you will be able to appreciate the colonial architecture of Boston, in addition to see impressive boats, yachts and visit great restaurants. 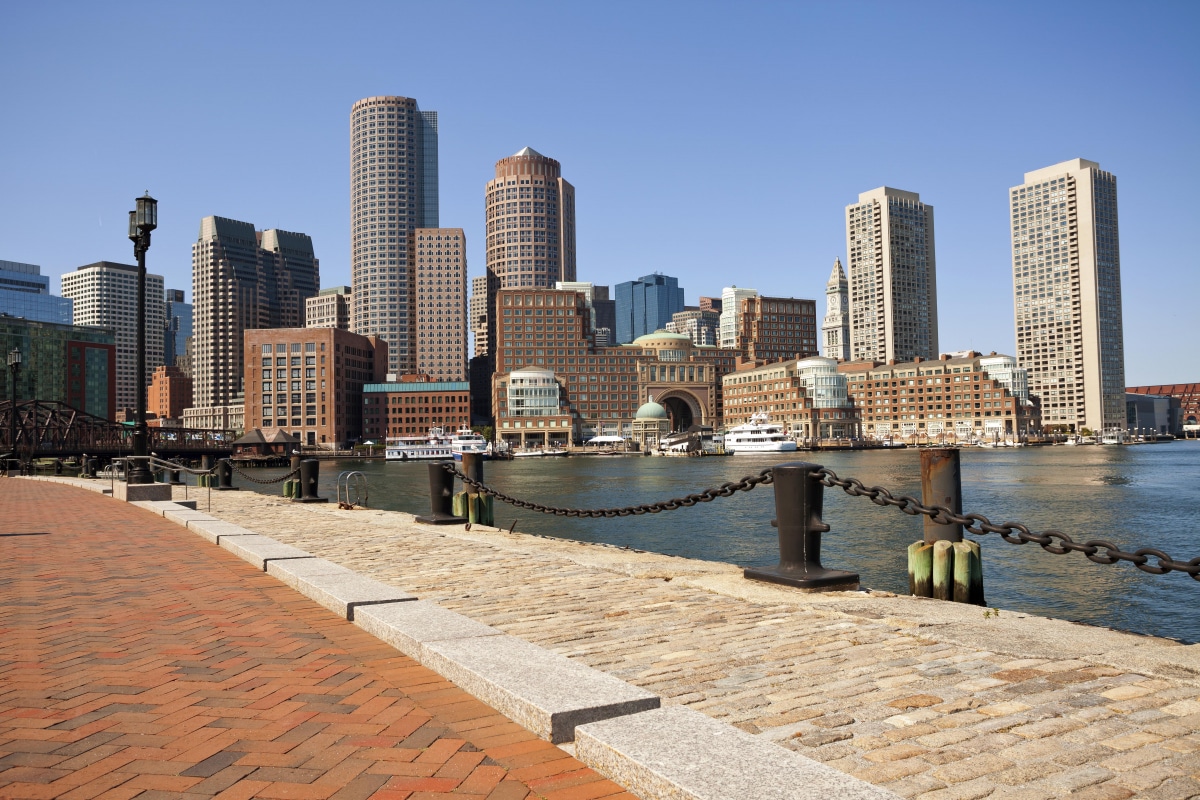 Also, during summer, from Long Wharf you can see whales, you only must go to a box office that is marked with a whale to buy the ticket. Once you buy the ticket, you will board a boat that will take you to deep waters, there you will have the opportunity to live one of the best experiences in your tour of Boston, see a whale up close. This incredible show is possible because Boston is close to an area of the sea where the whales will feed with their calves during the summer. In addition to seeing the majestic whales you can also see dolphins.

Once you have lived such a unique experience, from Long Wharf you will also be able to enjoy the magnificent Boston skyline and take incredible photos.  There is no doubt that this is a fantastic plan you can make in Boston.  You can also do this activity at the pier located across from the New England Aquarium.

Located in one of Boston’s most beautiful neighborhoods, Beacon Hill, is Louisburg Square, a charming park built in 1804 where you can take a break from the city and appreciate Boston’s colonial architecture.

Around Louisburg Square have lived some of Boston’s most important citizens, including architect Charles Bulfinch, famous painter John Singleton Copley, and renowned writer Louisa May Alcot. In addition to the spectacular houses that are located around the park, within Louisburg Square you will find a series of statues that pay tribute to different characters from world history.

As you walk through the park, you’ll see that gas-powered lanterns are still preserved there, something that’s hard to find these days. Without a doubt this fantastic private park is one of the best ways to end your tour of Boston. If you want to know what other places you can visit or how to book a guided tour to Boston, we invite you to take a look at the following link