3 THINGS TO DO IN NEW YORK ON HALLOWEEN

Home/Blog, Latest Publications/3 THINGS TO DO IN NEW YORK ON HALLOWEEN

If you are planning your trip to New York on Halloween and want to know what you can do during one of the most spectacular dates to visit the Big Apple here we share a guide with 3 of the best activities to have a great time on Halloween in New York City.

Greenwich Village, better known as The Village, is the neighborhood where New York City’s largest and most famous Halloween parade is held. Every October 31st thousands of people gather to walk in costume through the streets of the Big Apple. This event is spectacular, the people who participate in the Village Parade are very creative and wear very surprising costumes and very well produced. 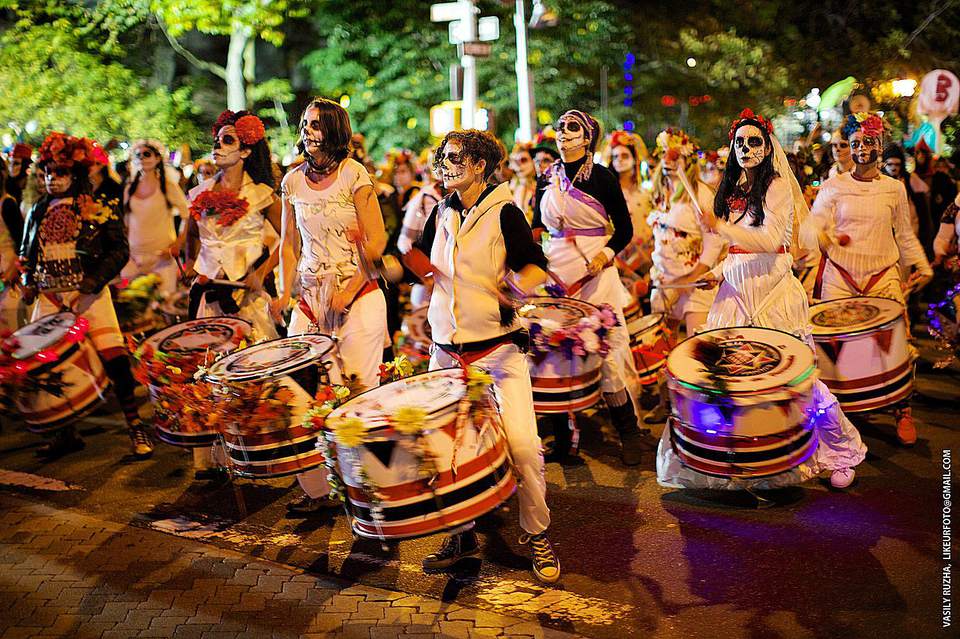 For many this event can be a children’s thing, but, on the contrary, this parade is a big thing, many people spend months designing the costume, others invest a lot of money to have the best costume of the night, some people create groups to build Zombie gangs or Stormtroopers, in few words, this parade is something that you must go to see, you will love it and surely you will be scared.

Well, if you want to be part of the parade you just need to wear a costume, there is no cost to participate in the Halloween Parade. So, without a doubt this is one of the most fun activities you can do during October in New York City. Finally, if you just want to go see the parade we recommend you arrive early to make some good places where you can watch the Halloween Parade show comfortably.

The New York Halloween Parade is held on 6th Avenue between Spring Street and 16th Street between 7 pm and extends until 11 pm. If you want to know more about this event you can go to -> halloween-nyc.com

Read: Why visit New York City at least once in your life?

In Central Park every October 30th is held perhaps one of the most unique events that exist in New York City, the Halloween Pumpkin Flotilla, a very entertaining event with a lot of history.

Halloween Pumpkin Flotilla is an event to enjoy with family or friends in which you can participate without having to pay a single dollar. This annual celebration seeks to bring people together during Halloween and its purpose is that all those who want to participate in the Pumpkin Flotilla share a new experience in the Big Apple. 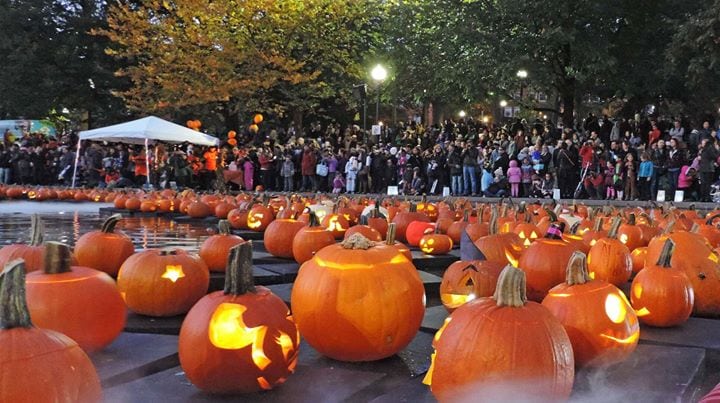 For years this celebration was held at the Pool, but the success of the Flotilla in 1993 led to the decision to merge this event with the NYC Parks’ Costume Parade and move it to the Harlem Meer.  Thus, for over 26 years the Pumpkin Flotilla has welcomed hundreds of visitors looking for a new way to celebrate Halloween in New York and it is hard to find such an event in another city in the world.

Participating in the Halloween Pumpkin Flotilla is very easy, just carry a pumpkin that weighs about 8 pounds with nothing in it, smaller or larger pumpkins are not accepted. Every pumpkin you want to participate in must be carved at home and may not have decorations such as paint, paper, plastic or light bulbs. At the park you will be given a floating pumpkin device at check-in. The space in the fleet is limited to 50 pumpkins and the first to arrive is the first to leave, this means that your pumpkin will leave according to the turn you arrive.

At the end of the Pumpkin Flotilla in the park there will be other activities such as the Harlem Halloween Parade, an event in which you can listen to spooky stories, see theatrical productions and participate in “Spooktacular” sports.

Admission to Halloween Pumpkin Flotilla is free and begins at 4 o’clock in the afternoon.

More than 7,000 pumpkins carved and shiny lit in the dark, creating figures, bridges, ghosts that fly, the headless rider of Sleepy Hollow … It is an event and at the same time it is a worthwhile excursion. Perfect for an autumn day with Halloween essence.  In addition to being able to enjoy the change of color of the trees giving that romantic touch to this time of year.

Although it’s not held in New York City, it is one of the most characteristic Halloween events and it is worth a visit. It can be easily reached from the Big Apple, using public transportation or buying a tour that takes you there.

You can’t miss this, it’s a world-class experience. Here you can walk along the Pumpkin Zee Bridge, watch the pumpkin merry-go-round spin, look in awe at the water creatures swimming and the giant Sea Snake made of hundreds of luminous pumpkins. Be seduced by a spectacle of color-changing stars in the Pumpkin Planetarium and discover a towering statue of Jack Lantern’s Liberty rising into the sky.

Undoubtedly this is one of the best experiences you can live during Halloween, if you plan to go to the Jack O’ Lantern we recommend you buy tickets in advance because being such a spectacular event tickets are usually sold out very quickly. Here is the official website where you can see the calendar of activities of the event and where you can buy tickets -> websales.hudsonvalley.org/ecommerce/blaze.aspx