10 SERIES AND FILMS TO SEE BEFORE VISITING NEW YORK CITY

New York is a contrasting city with so many stories to tell, its buildings, monuments, bridges, boroughs, neighborhoods are the perfect scenery for creating memorable series or films that many times is go beyond than the fiction.  Because of that today we do a list of the movies or series that any person should see before visiting New York City. One of the most exciting things of this list recognizes the places when you are at the Big Apple.

Interesting fact: Did you know New York is the most filmed city in the history of cinema?

This film is one of the best movies filmed in New York City. This movie that narrates the turbulent life of the Hollywood actor was filmed in many places of Times Square. A very memorable scene from the film is when Michael Keaton runs almost naked in the midst of a riotous crowd through the streets of Time Square. 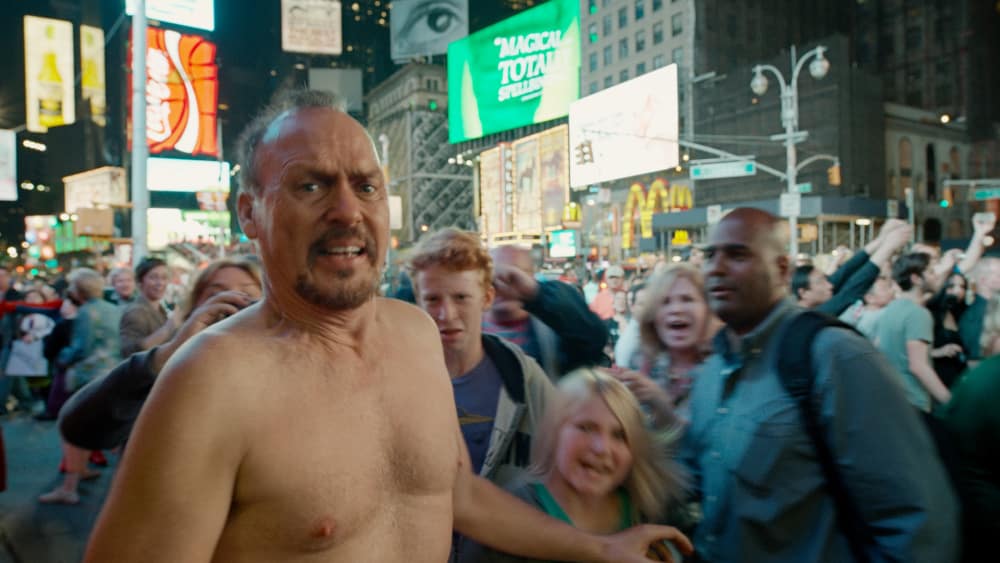 Another very important location in the film was Broadway Avenue, where the theater is located where the theatrical production of Birdman’s protagonist premieres.

This series put Brooklyn on the map, specially its streets and its now famous neighborhood Greenpoint.  There you will find the remarkable Café Grumpy, the Bellwether Bar and the Italian restaurant Bamontes. Also, you will see many vintage stores such as Beacon’s Closet and Atlantic Attic. 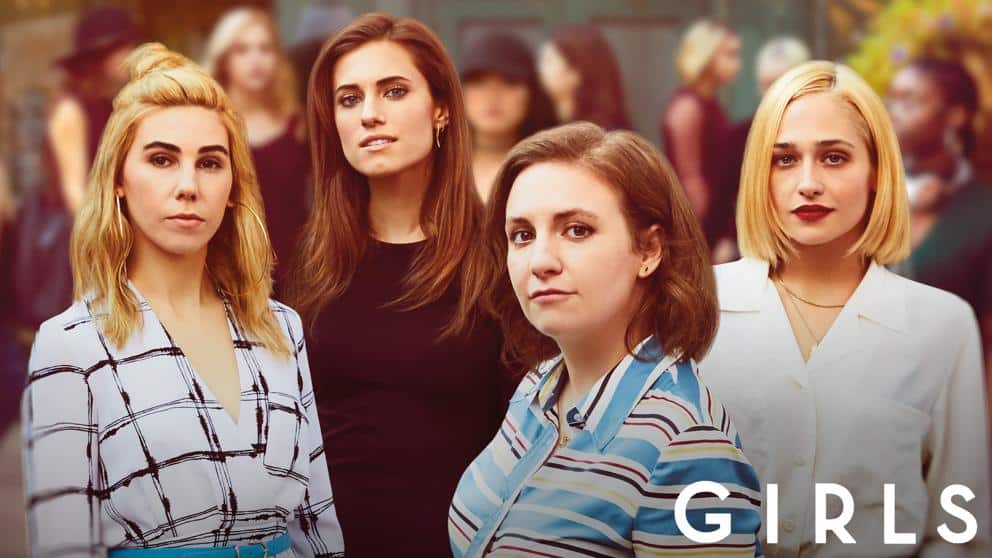 This tv shows made a great location scout and many of the followers of Girls would pass an excellent time there, because they would recreate the life of Helen, the protagonist of the series. In addition, in Greenpoint is located one of the most important record stores of New York, Permanent Records, a place where many independent artists of the city visit day by day.

Perhaps this is one of the most acclaimed series, with hundreds of fans Sex and the City became a landmark for many New York City lovers.  The eccentric lives of Carrie, Charlotte, Samantha and Miranda for many fans are inspirational and want to follow in their footsteps, and New York City is an accomplice in creating that atmosphere full of luxury, fun and drama. 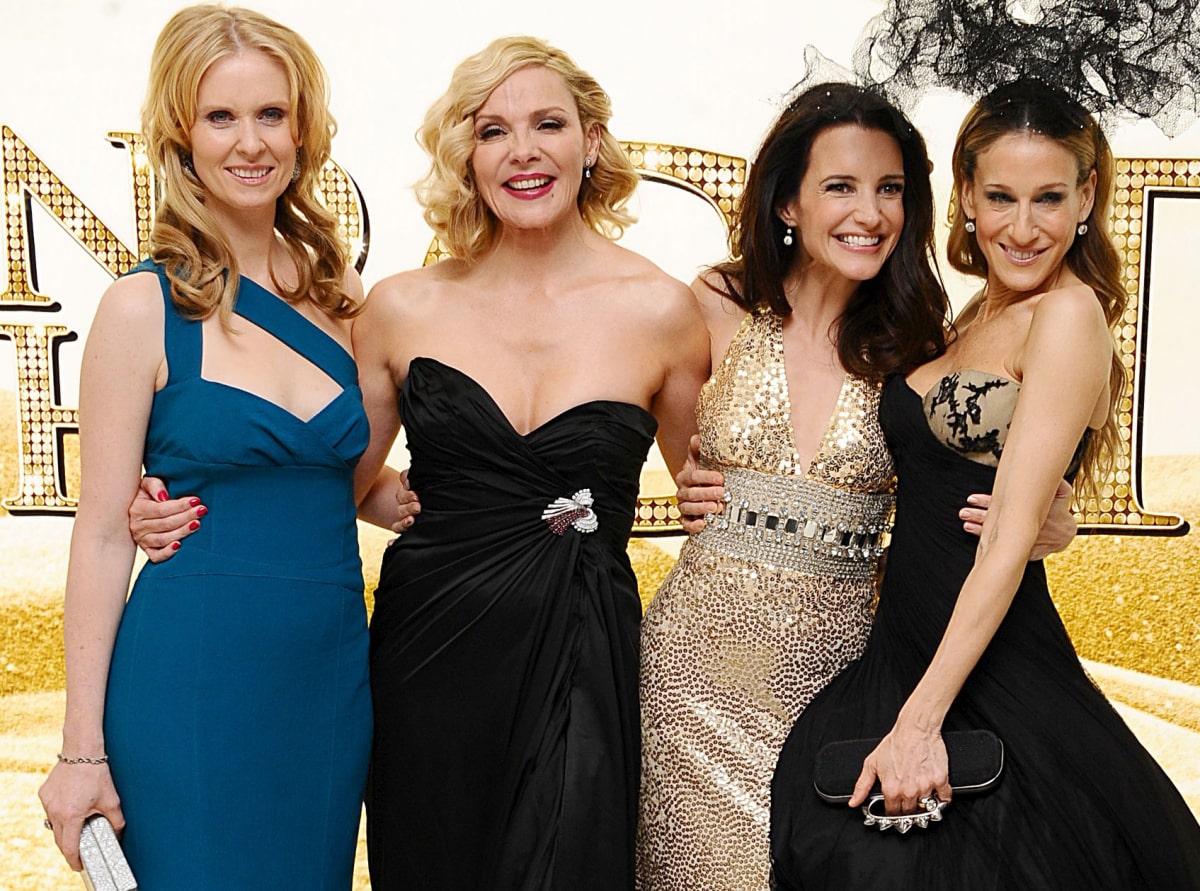 Sex and the City – Source www.people.com

To mention some of the most emblematic places in the series are the luxurious The Plaza Hotel, the wonderful New York Public Library, the cosmopolitan Times Square, the Magnolia Bakery where Carrie and Miranda would gather to eat cupcakes, Century 21 stores, the Brooklyn Bridge witnessed one of the most romantic moments of the series and the unfailing Central Park.

This movie set in the 1970s is one of the best movies of all time. In the film, we can see a young Robert De Niro starring in the life of Travis Bickle, a Vietnam War ex-combatant. 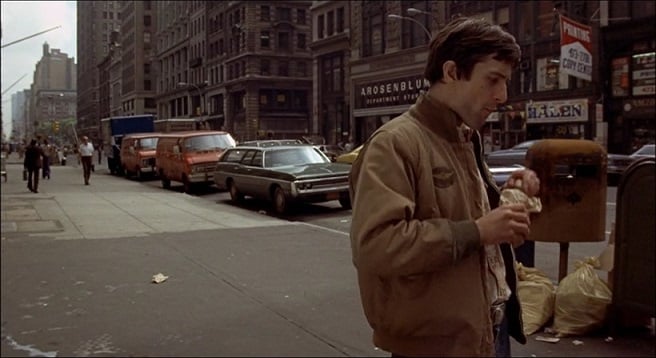 Every second of this movie takes place in New York and we can see several of the streets of the Big Apple. One of the most important locations of the movie is Time Square, where we can see the theaters and the movement of people. Undoubtedly, this film directed by Martin Scorsese is one of the best portraits that you can see of New York City, a city where you can find any story.

A nostalgic film in which you can watch New York City and Manhattan portrayed perfectly. In this film directed by the genius Woody Allen you can see such famous places as Central Park covered in ice, the renowned Broadway neon signs, people walking around SoHo, the glamour of Fifth Avenue, the incredible Rizzoli bookstore, the famous John’s Pizzeria, the great Queensboro Bridge and the fantastic Guggenheim Museum. 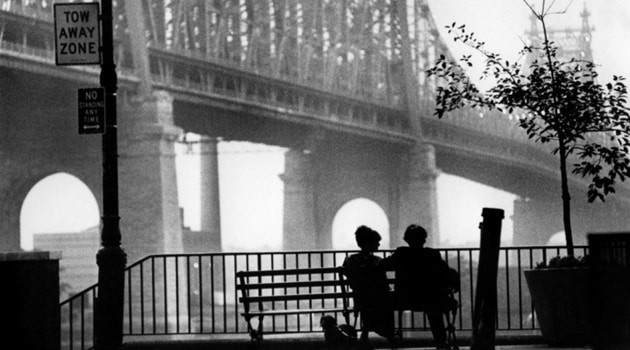 A brilliant film that is perfectly set with jazz music and makes us dream of one of the most wonderful cities in the world, New York City.

We continue to talk about films directed by Woody Allen, and this time the turn is for Annie Hall. This classic film could not be left out, the film tells a wonderful, different love story, a story in which it is evident that love is transformed every day and that better city to set this feeling than New York City. 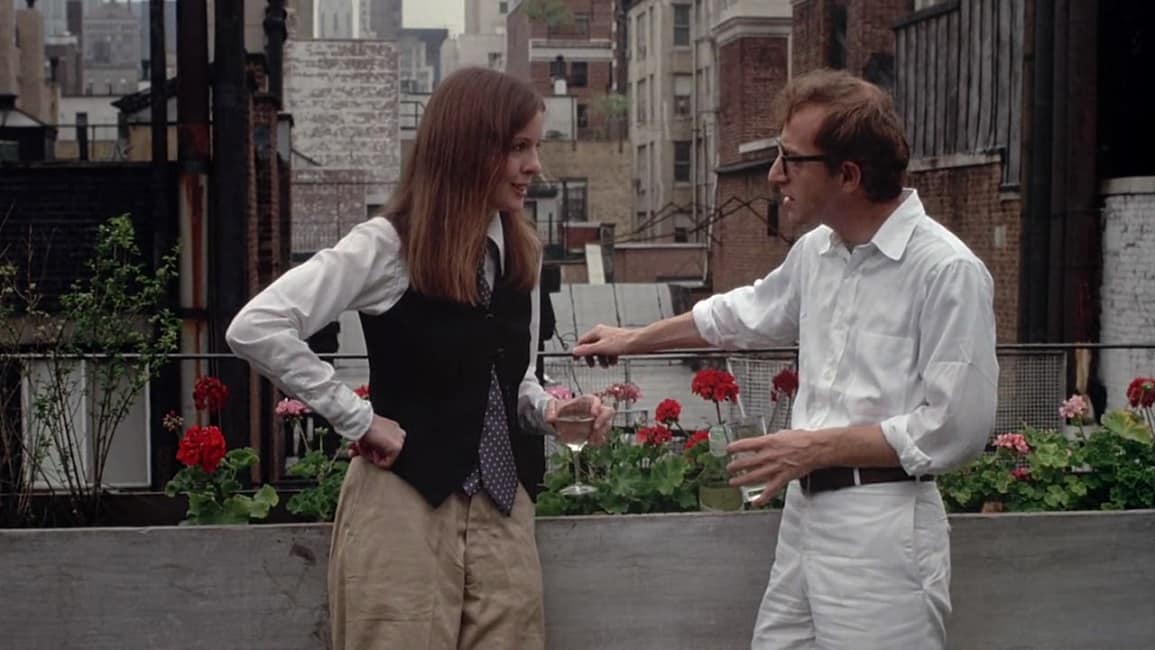 There are many locations that Woody Allen used to set this film, among them one of the most striking is the tour of Astroland Park in Coney Island. Other emblematic places of the film can still be seen today, such as the Paris Theater and Hotel Plaza. There is no doubt that Woody Allen’s films will always leave us in memory of some place in New York City. 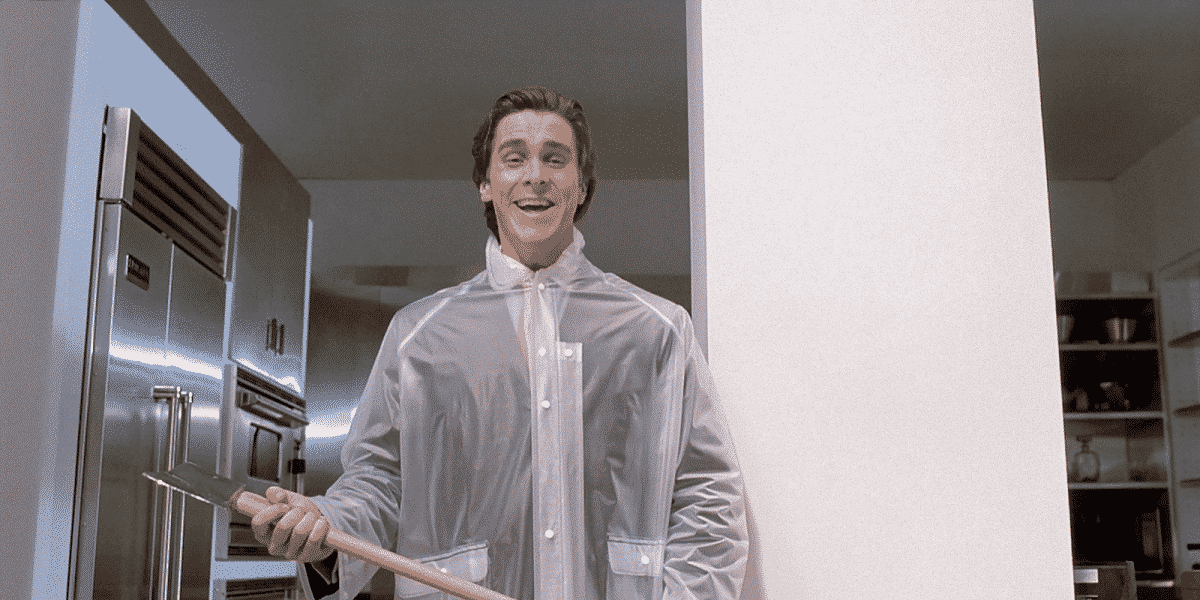 In this acclaimed film we can see how one of the most iconic streets of New York City, Wall Street, develops a thriller that catches you to the end.  The controverted film shows us a Manhattan from the point of view of men obsessed with money.  In the film we can see the Trump Tower, Rockefeller Center, Times Square and the imposing Empire State Building. This film will show you all of Manhattan from top to bottom. 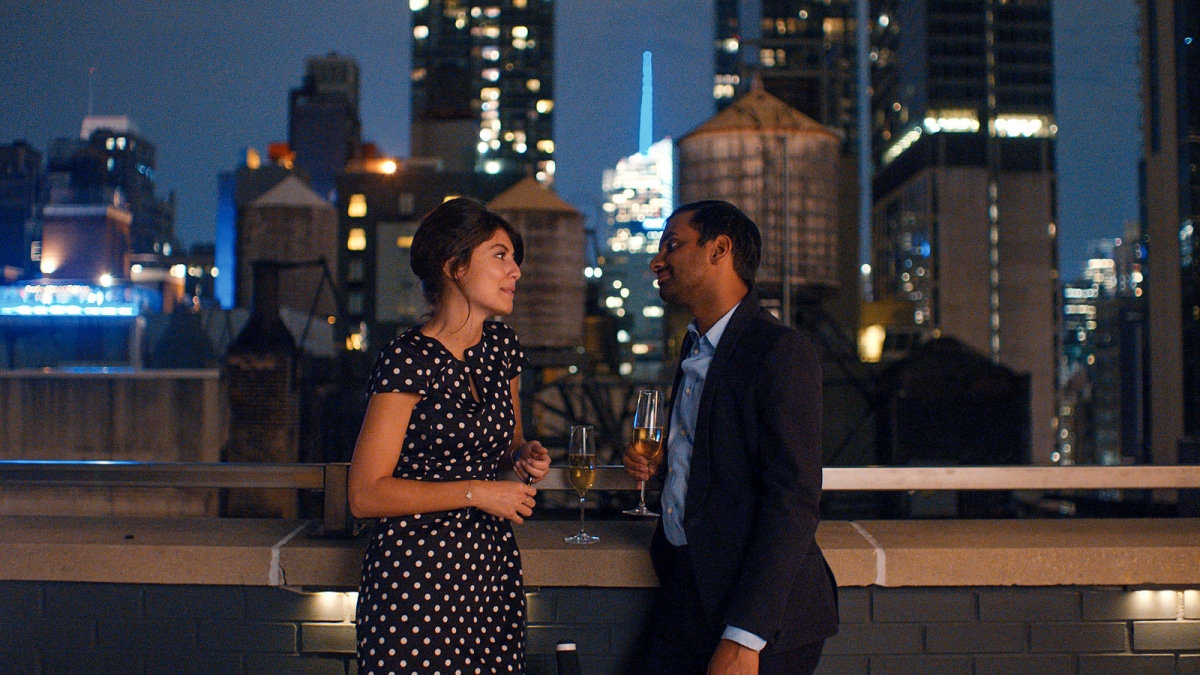 Master of None – Source www.eater.com

This is one of the most recent series and is entirely filmed in New York City. A tv show that perfectly portrays New York reality showing what can become a normal day at the Big Apple. In Master of None you will be able to see places that are very popular with locals such as Mission Chinese Restaurant, and in the series, you will see continuously the Lower East Side. A modern TV show that will let you see what New York City is like these days. 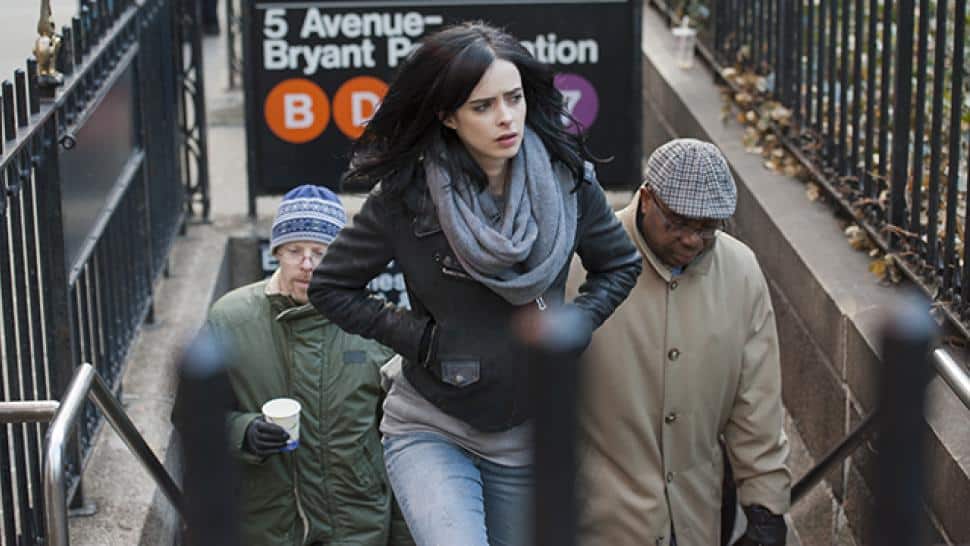 One of Marvel’s best series. Jessica Jones is one of those series that get you from the first moment you see it. It is perfectly set in New York City and lets us see the city far beyond Manhattan, this series will show us different streets of Bronx, Queens and Long Island.  Jessica Jones will delight you because she will make you see New York City up close from a heroine’s point of view. 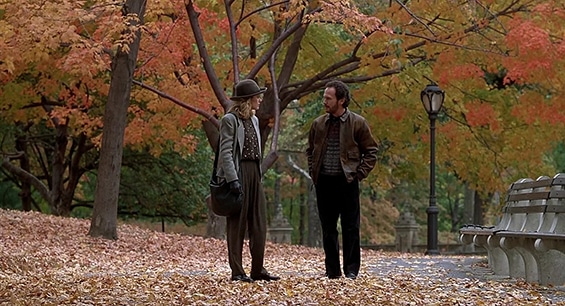 This movie is already a classic, but you certainly have to watch it. When Harry Met Sally was a film that captivated millions of people, its characters, script, actors and locations were incredible. In this film we will see Central Park, the Metropolitan Museum of Art and the famous Katz’s Delicatessen, the place where Harry found Sally. This place is so famous that on the table where one of the scenes of the movie was filmed a poster hangs up saying: Where Harry met Sally… Hope you have what she said.  This romantic comedy is undoubtedly one of the movies you should watch before visiting New York City.